A. Sutherland - AncientPages.com - Hittites were one of the most important ancient civilizations of Asia Minor. They ruled the central Anatolian kingdom of Hatti from c. 1900 – 800 BC., and worshiped a number of gods and goddesses; they were described as the “civilization of 1,000 gods”.

As the conquerors of many lands, the Hittites found it useful to adopt the gods of other cultures into their own religious pantheon. Thus, the Hittite religion came to include gods worshiped by the Babylonians, Assyrians, Hurrians and others, as well as the gods of the indigenous Hattian people of Anatolia. 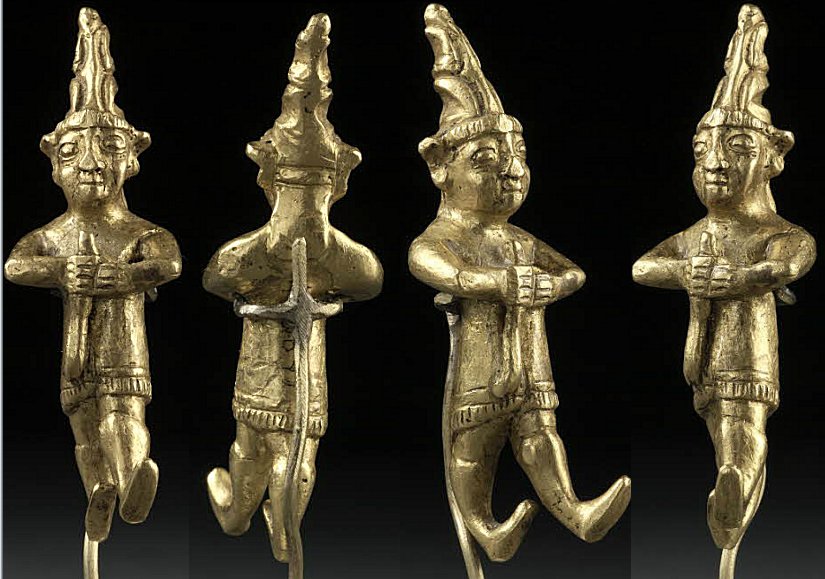 The second reason for this massive number of gods is that most cities and towns in the Hittite empire had their own versions of similar deities. Thus, a single god could end up being turned into several different local deities with little difference between them other than name.

Like many other ancient civilizations the Hittites worshipped weather gods and the God of Storm. The preserved Hittite art consists primarily of reliefs, often architectural. There is also art in the smaller format, which developed during the Hittites' Middle Kingdom that lasted from the 15th to 14th century and was a rather weak phase in the empire’s history.

During this period - largely unknown with very sparse surviving records - the art of Hittite diplomacy was developed.

This figurine from Yozgat is an example of this kind of art.

Mystery Of Gigantic Lion Sculptures Dated To The Hittite Era

It is an amulet pendant (H. 3.80 cm; W. 1.30 cm; D. 1.30 cm), depicting the Hittite god from the time of the Hittite Empire. It was used by the ancient Hittites during the time when the Israelites were slaves in Egypt.

The figurine’s divinity is indicated by the short garment and the tall conical tiara; the sword in his hands additionally suggests that he is a warrior god, Teshub, the Hurrian god of sky and storm. Several myths about Teshub survive in Hittite versions.

Teshub is often depicted holding a triple thunderbolt and an axe (often double-headed) or mace.

In the religions of Asia Minor, the Hurrian weather god, was assimilated by the Hittites to Tarhun, the central Hittite god related to the sky, weather and thunder. According to a myth, one of Tarhun’s greatest achievements was the slaying of Illuyanka, a powerful dragon or serpent.

A. Ravinell, W. Green, The Storm-god in the Ancient Near East