AncientPages.com - On May 9 (or about this day), 1265, Dante Alighieri was born in Florence, Italy.

Many details of his life are uncertain, and the dating of his works is difficult. 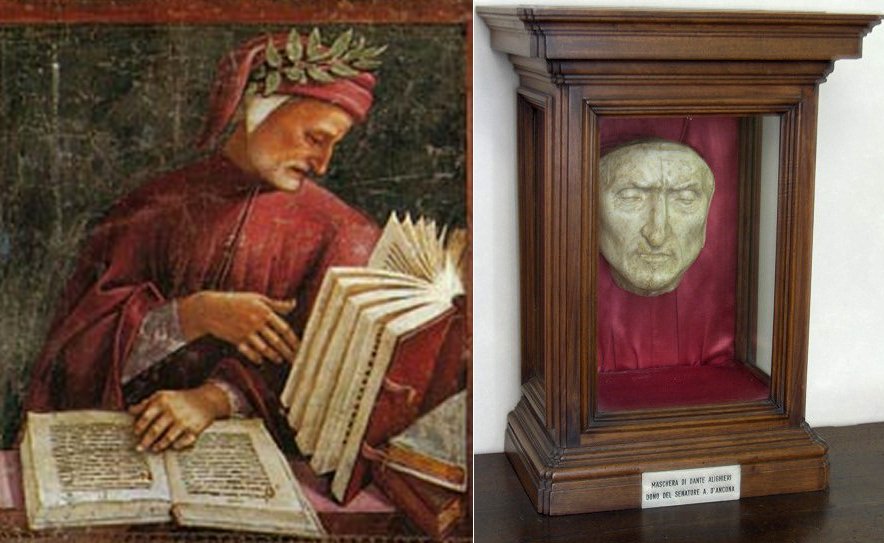 His distant ancestors were descendants of the Roman soldiers who settled along the Arno River. He married Gemma Donati in about 1283.

The Divine Comedy, is considered one of the greatest works of the medieval period. It is a Christian’s view of man’s eternal destiny, and draws on Dante’s experience when he was exiled from Florence. 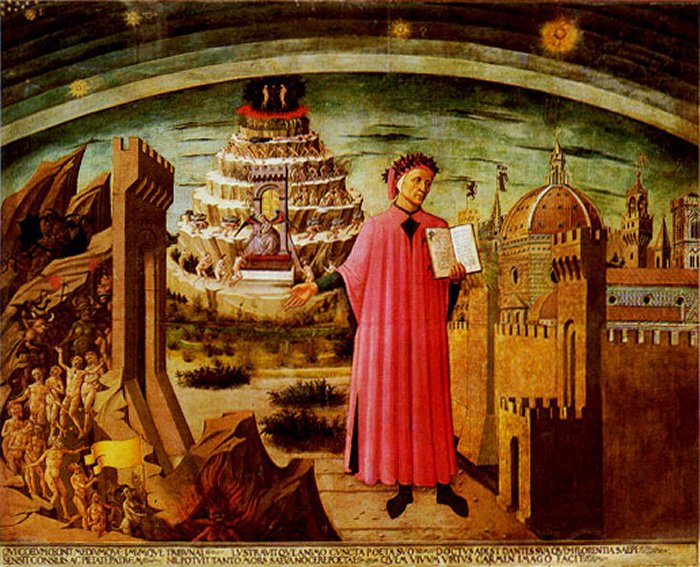 Dante shown holding a copy of the Divine Comedy, next to the entrance to Hell, the seven terraces of Mount Purgatory and the city of Florence, with the spheres of Heaven above, in Michelino's fresco. via wikipedia

The work takes the form of a journey through hell, purgatory and paradise, with insightful views of societal problems and personal problems. The poem itself is divided into three sections, Inferno, Purgatorio, and Paradiso, and traces Dante’s journey from darkness to light.

The Divine Comedy was a groundbreaking poem, as it was written in Italian instead of Latin. Afterwards, Italian became the literary language of western Europe for centuries.