AncientPages.com - On May 8, 1846, the first battle of the Mexican War was fought at Palo Alto.

The Battle of Palo Alto was the first critical engagement of the Mexican-American War. The Mexican army was more significant than the American force; however, American superiority in weapons and training carried the day. 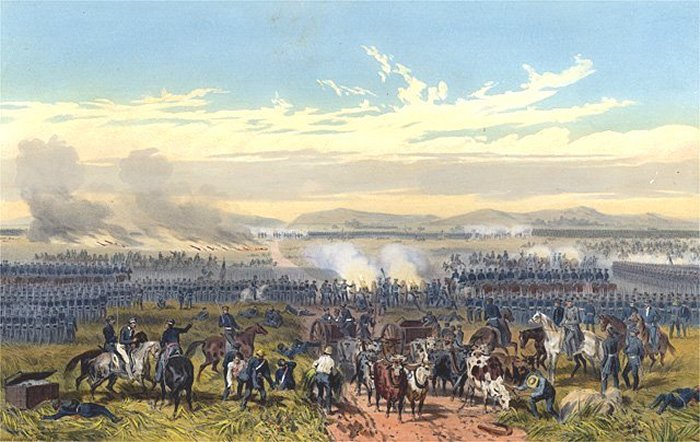 The battle began when General Zachary Taylor led 2,300 U.S. soldiers on a march to end the Mexican bombardment of Fort Texas.

On April 30, Mexican General Mariano Arista's soldiers (3,400 Mexican troops) began to cross the Rio Grande. On May 3, his troops began to besiege the American outpost at Fort Texas. Taylor decided to march his Army of Occupation south to relieve the siege.

Arista, upon learning of his approach, diverted many of his units away from the siege to meet Taylor's force. The battle took place on May 8, three days before the formal declaration of war on Mexico by the United States

The Battle at Palo Alto was one of several more minor struggles between small bodies of troops along the Rio Grande, all based on disputes about Texas boundaries. As the war began, Mexican soldiers concentrated their efforts on destroying the U.S. base at Fort Texas. The battle itself was an attempt to end the siege on the fort.

The battle of Palo Alto lasted half a day, without a clear-cut decision for either side and had no decisive victor.

Instead, it was a career-building war for newly out of West Point officers like Grant, Longstreet, and Meade. The battle was a victory for the Americans and began a long series of defeats for the beleaguered Mexican Army.

The war's successful conclusion also gave General Zachary Taylor hero status and led to a successful run at the Presidency.