AncientPages.com - On April 29th 1429, Joan of Arc, the 17-year-old French peasant entered Orleans, the city besieged by the English.

This mostly unusual historical event took place during the Hundred Years’ War, a long struggle between England and France over succession to the French throne. 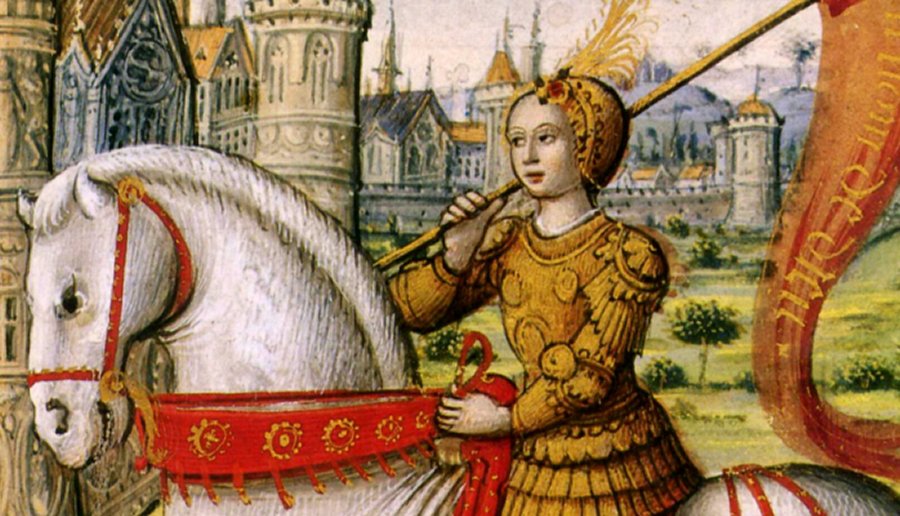 Joan was born around 1412 in the village of Domremy, on the border of France and the Holy Roman Empire, in the current day province of Lorraine.

She later admitted that she experienced her first vision around 1424 at the age of 12 years, when she was out alone in a field. 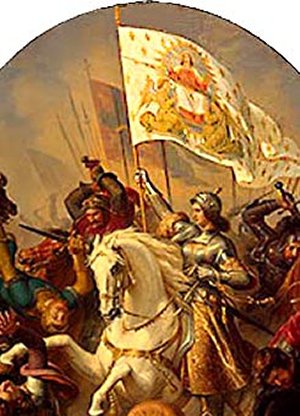 She saw visions of figures she identified as Saint Michael, Saint Catherine, and Saint Margaret, who told her to drive out the English and bring the Dauphin to Reims for his coronation.

She said she cried when they left, as they were so beautiful.

At the age of 16, the young woman heard “voices” of Christian saints who told her to aid Charles, the French dauphin, in gaining the French throne and expelling the English from France.

Convinced of the validity of her divine mission, Charles furnished Joan with a small force of troops.

Many historians believe that when the Dauphin Charles granted Joan’s urgent request to be equipped for war and placed at the head of his army, his decision must have been based in large part on the knowledge that every orthodox, every rational, option had been tried and had failed.

Only a regime in the final straits of desperation would pay any heed to an illiterate farm girl who claimed that the voice of God was instructing her to take charge of her country’s army and lead it to victory.

Throughout his reign, Charles was also subject to bouts of insanity.

On this particular day, Joan entered unopposed by the city's eastern gate.

Bringing needed supplies and troops into the besieged city, she also inspired the French to a passionate resistance and through the next week led the charge during a number of skirmishes and battles.

On one occasion, she was even hit by an arrow, but after dressing her wounds she returned to the battle.

On May 8, the siege of Orleans was broken, and the English retreated.

During the next five weeks, Joan led French forces into a number of stunning victories over the English, and Reims, the traditional city of coronation, was captured in July.

Later that month, Charles VII was crowned king of France, with Joan of Arc kneeling at his feet. In May 1430, while leading another military expedition against the English occupants of France, Bourguignon soldiers captured Joan and sold her to the English, who tried her for heresy.

Joan of Arc was declared a relapsed heretic burned at the stake on May 30, 1431, at Rouen.