A. Sutherland - AncientPages.com - Paracelsus (1493 - 1541) - was a Swiss-German botanist, philosopher, astrologer, alchemist, and one of the most influential medical scientists in early modern Europe.

His real name was Philippus Aureolus Theophrastus Paracelsus Bombastus von Hohenheim but he was celebrated as "Paracelsus." 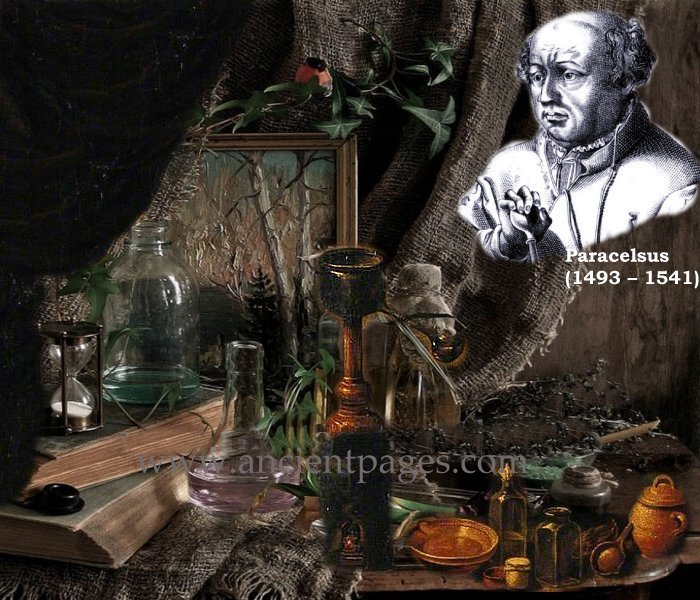 His career differed radically from many of his colleagues.

At sixteen years of age, Paracelsus was already well acquainted with alchemical knowledge. After spending some time at the University of Basle, he led a wandering life, traveled throughout Europe, even visiting Arabia, Egypt, Russia, Finland, and the Arctic region, dispensing powerful wisdom centuries ahead of his time.

"Poison is in everything, and nothing is without poison. The dosage makes it either a poison or a remedy. Paracelsus

Working in the mines of Sigismund Fugger, he acquired valuable knowledge of metals and ores; he also studied diseases of his fellow-workers. Paracelsus had many talents and was gifted by nature. He believed that Nature was the best healer and that the best results could be achieved by natural methods. 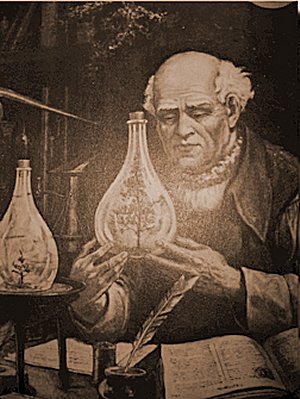 Driven by invincible life energy and despite his unhealthy way of life, Paracelsus wrote over ten thousand pages devoted to surgery, alchemy, astrology, and theology.

Due to constant conflicts with his employers and even colleagues, he had not so often any permanent job.

"They drove me out of Lithuania, and Prussia, and Poland…The Dutch did not like me either, nor the schools… but thank God, the patients liked me!”

He was a visionary who considered chemistry the key to the whole universe where God was the divine alchemist who created the world.

This highly controversial scientist had a great knowledge of alchemy, surgery, and medicine and was strongly against superstitions and misconceptions and all authorities.

Paracelsus was a symbol-figure who stood for heroism, but he was also considered a charlatan. Traditionally working doctors accidentally killed dozens of his patients, according to Paracelsus, through their old-fashioned and dangerous treatment of the so-called blood-letting, a practice that Paracelsus firmly opposed.

In one of his most polemical writings, a book from 1531 with the intriguing title "Paragranum" (Beyond The Seed) Paracelsus states that all physicians who follow Claudius Galenus (AD 129 – 199/217) teachings should be burned at the stake, exposed to cholera infection, drowned in mud or tormented by mosquitoes.

He made claims to manufacture potable gold granting prolonged youth and his claims may have been symbolic for the esoteric doctrine of a Universal Medicine based upon Light - the creative agent, the vibrations of which constitute the movement and life of all things. He deeply believed that medicine is supported by four pillars - philosophy, astronomy, alchemy, and ethics.

Paracelsus was one of the first physicians who gave special importance to using chemicals, minerals in medical treatment as well as opiates as anesthetics in surgery. Paracelsus's works greatly influenced the early Rosicrucians and some of his impressive ideas are startling even today.

A.Ede, L. B. Cormack, A History of Science in Society