AncientPages.com - We are all familiar with the names of the continents and their geographic location, but not everyone knows the history behind these names.

If you are a European, you do not spend much time contemplating on your continent's name and if you are living in another part of the world, you simply take for granted that Europe is - yes, Europe.

But when and how did we name the continent Europe? A possible answer to this question can be found in the history of ancient Greece. 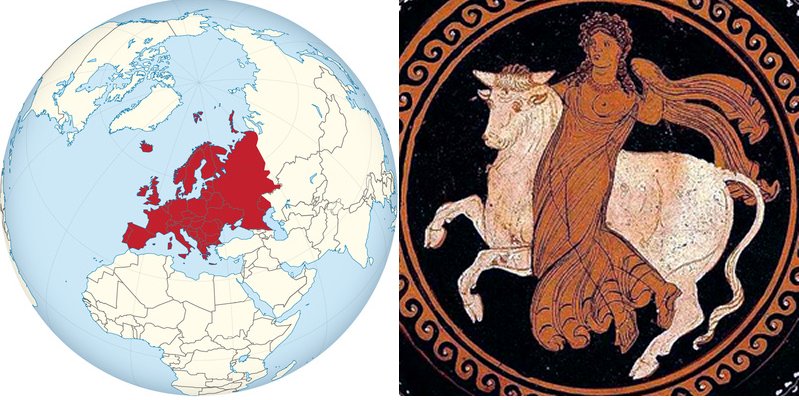 About 700 B.C. it was common to refer to the mainland of Greece as Europe.

The word Europe is derived from the Greek words "eurys" and "ops". "Eurys", which means "broad" and was a religious synonym for the Earth and  "ops" means "face". Europe means thus "face of Earth".

At that time, Greek religion was influenced by the religions of the Middle East in which the Earth played a vital role in fertility worship.

About 500 B.C., the northern parts of Greece were generally referred to as Europe and soon thereafter the name was applied not only to Greece, but to the whole continent. 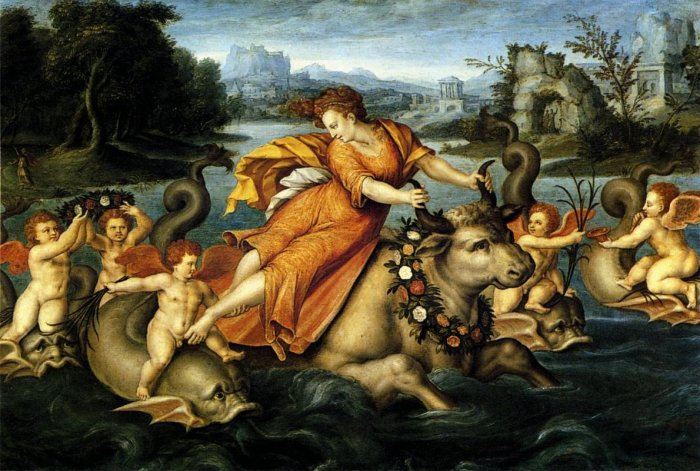 According to another theory, promoted by many researchers, the word Europe comes from the Semitic word "erebu", which means "sunset". This is because when we look from a Middle Eastern viewpoint, the Sun sets over Europe.

In the same way one could say that the name Asia comes from the word "asu", which means "sunrise".

Additionally, in Greek mythology, Europa was a Phoenician princess who was abducted by the god Zeus disguised as a bull.

She was taken to Crete where she later gave birth to Minos who became the King of Crete.