Ellen Lloyd - AncientPages.com - Led by Hattori “the Demon” Hanzo, Shinobi no Mono, the Shadow Warriors of the 16th century were incredible ancient Japanese fighters that became known for their seemingly superhuman power and astonishing athletic accomplishments.

The Shinobi Shadow Warriors were masters in becoming almost invisible through masterful stealth. One of their many useful fighting skills was to avoid detection. Many credited these fighters with supernatural powers and it was said that if you spotted a Shadow Warrior it was already too late to escape.

Today, the Shinobi no Mono, the Shadow Warriors are recognized as Ninjas.

In Japanese, the words “nin” and Wshinobi” have the same meaning: “stealth” or “quiet action”. The words also mean “to endure”. Meanwhile, “sha” and “mono” both mean “person”. So a simple translation would be “a person skilled in the art of stealth”.

In 1562 A.D., Japan was a war-like zone. Ongoing civil wars that lasted more than 100 years had a devastating impact on the country and its people.

Tokugawa Ieyasu, an ambitious warlord became the founder and first shogun of the Tokugawa shogunate of Japan, which virtually ruled Japan from the Battle of Sekigahara in 1600 until the Meiji Restoration in 1868.

To win battles and strengthen his military power, Tokugawa Ieyasu used a number of skilled warriors. One of them was Hattori Hanzo, (1542-1596) one of the greatest Ninjas of all time.

Hanzo Hattori began his training by climbing a mountain at the age of eight and seeking instruction from the most hardcore ninja masters in all of Japan. When he was 16, he earned the nicknames, “Hanzo the Ghost”, and “Devil Hanzo” because of his skills to sneak up on enemies without being seen or heard.

Hanzo made a successful hostage rescue of Tokugawa's daughters in Kaminogo Castle in 1562 and went on to lay siege to Kakegawa Castle in 1569.

He became famous for unconventional warfare. He became the leader of the most elite fighting group in the Japanese world and he trained his fighters in the secrete martial art of Shinobi.

The Shadow Warriors And Their "Magical Powers"

The Shadow Warriors, trained by Hanzo Hattori were said to possess magical powers. Hanzo himself was often attributed to supernatural abilities such as psychokinesis, and precognition. 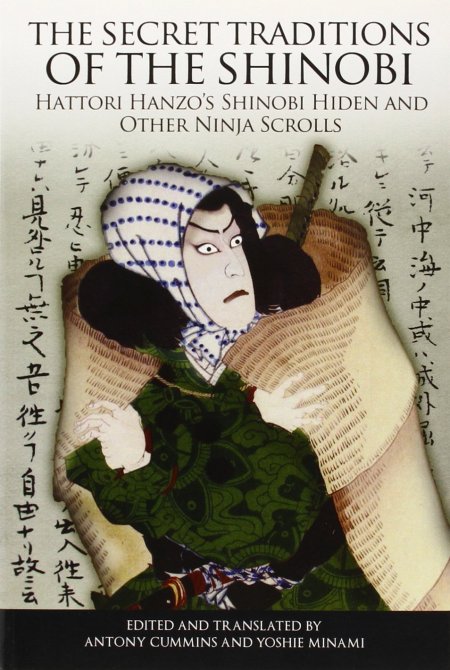 The shinobi, or ninja, is one of the most widely recognized figures in the world of espionage—and also one of the most misrepresented. What do we really know about the historical shinobi, his tactics, and his role in medieval Japanese society? In Secret Traditions of the Shinobi, these questions—and many more—are answered. Translated into English for the very first time, this widely sought-after collection of historical documents brings to light the secret practices, techniques, philosophies, and lifestyles of the shinobi. Read more

The truth is that these warriors employed unusual military tactics. They could move undetected and vanish without a trace.  This was one of the reasons why the Shadow Warriors were especially used for commando infiltration raids as well as information and intelligence gathering. They were considered ancient Japan’s most effective resources for espionage. 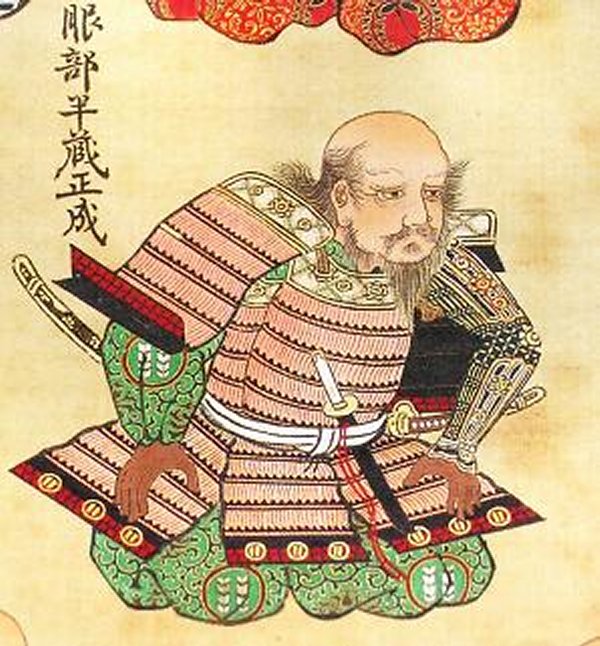 A portrait of Hanzō Hattori from the 17th century.

Shinobi Warriors never infiltrated during the full moon due to the excessive light it reflects off the Sun during the nighttime hours. Instead, they preferred to infiltrate either 8 days before or after the full moon when optimal darkness is available to them. In this style of approach, the ninja is nearly invisible in his black Shinobi gear.

After his death on 4 November 1596, Hattori Hanzo was succeeded by his son, whose name was also Masanari, though written with different kanji. He was given the title of Iwami no Kami and his Iga Ninjas would act as guards of Edo Castle, the headquarters of the government of united Japan

The memory of Hattori Hanzon is still very much alive. Tokyo Imperial Palace that was earlier the shogun's palace still has a gate called Hanzo's Gate (Hanzomon), and the Hanzomon subway line which runs from Hanzomon Station in central Tokyo to the southwestern suburbs is named after the gate, where his house was once located.

Master Natori Masazumi - Shoninki: The Secret Teachings of the Ninja: The 17th-Century Manual on the Art of Concealment

Antony Cummins - The Secret Traditions of the Shinobi: Hattori Hanzo's Shinobi Hiden and Other Ninja Scrolls