AncientPages.com - On April 5, 1242,  the famous "Battle on the Ice" was fought on Lake Peipus between the Teutonic and Livonian Knights, and the army of the Russian city of Novgorod – led by Prince Alexander Nevsky

Nevsky was admired for his efforts in alleviating the Mongol oppression and his outstanding military skills. 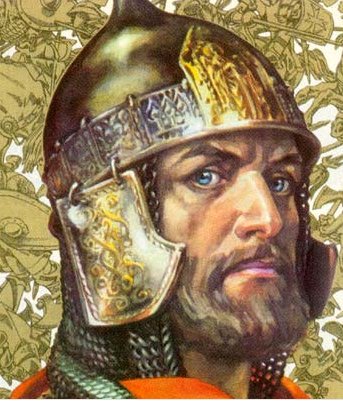 In the 1240s, Russia found itself in the clutches of the Tatar-Mongol’s Golden Horde in the east and the Holy Roman Empire in the west. Such a complicated situation required a very smart political figure to deal with the crisis.

Earlier, Alexander defeated the Swedes on July 15, 1240, at the mouth of the Neva River (hence the nick-name "Nevsky").

On April 5, 1242. Alexander, intending to fight in a place of his own choosing, retreated in an attempt to draw the often over-confident invaders onto the frozen lake.

The battle was fought on April 5, 1242, at Lake Peipus, located on the border between Estonia and Russia.

The battle was fierce, with the allied Russians fighting the Teutonic and crusader troops on the frozen surface of the lake.

A little after two hours of close-quarters fighting, Alexander ordered the left and right wings of his army (including cavalry) to enter the battle. 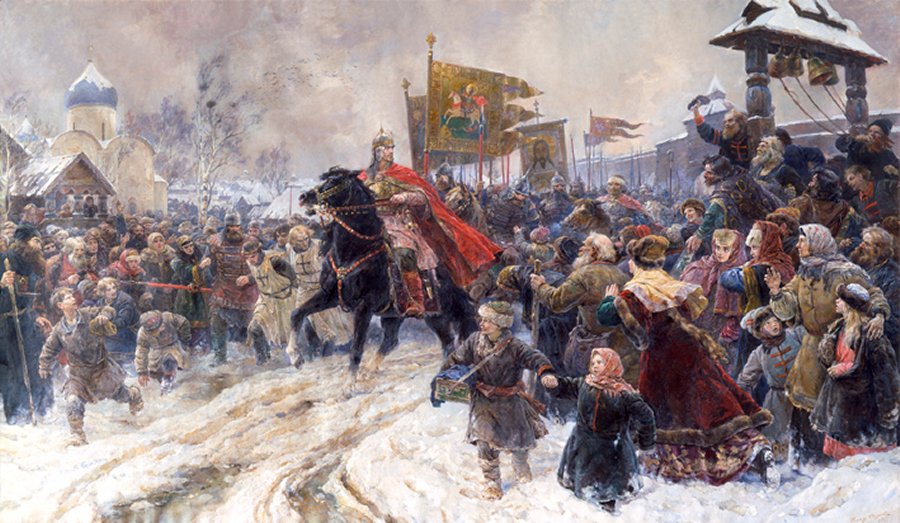 Entrance of Alexander Nevsky at Pskov after the Battle on the Ice. Artist: Valentin Serov.

The Teutonic troops by that time were exhausted from the constant struggle on the slippery surface of the frozen lake.

The common belief that the crusaders had a special formation, called ‘the pig’, is now being disputed due to a lack of evidence, as well as the myth that roughly half of the Teutonic knights fell through the ice because it was unable to withstand the weight of their heavy armor. The Teutonic knights started to retreat in disarray deeper onto the ice, and the appearance of the fresh Novgorod cavalry made them retreat in panic. The battle was over.

After his death, Alexander Nevsky came to be venerated as a savior of Russia, and the Russian Church canonized him in 1547.