A. Sutherland - AncientPages.com - This household spirit has many names, such as Domovik, Domovoy, Grand-father, Grandfather Well-Wisher, and he is very similar to Brownie known from Scottish fairy lore.

However, in the life of ancient Slavs, Domovik is one of the most important mythological creatures. He protects and guards the sanctity of the home. 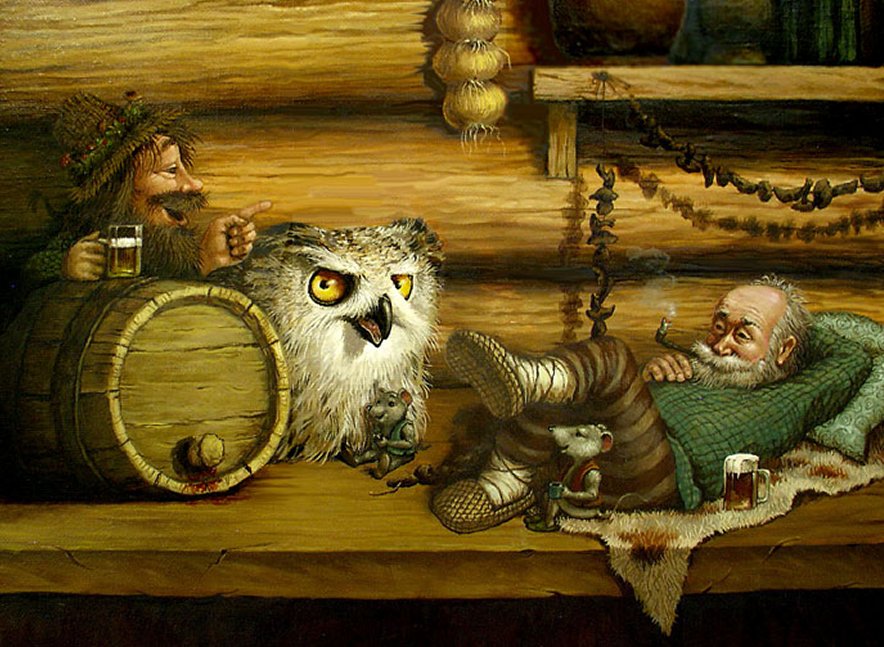 He is believed to protect the home from all kinds of tragedies and disasters, including diseases, thieves, forces of nature and evil spirits. Though Domovik never brings harm to people, he is sometimes responsible for the so-called poltergeist.

In Russian folklore, particularly in the Polish, Serbian, Bulgarian, Croatian and Ukrainian lore, the Domovik is a male, who is sometimes described as an old grey-haired man, who loves fire and lives behind the hearth or a furnace, but other people believe that he has his own corner in the home, where he ’lives and eat’.

Domovik is invisible to the human eye and present everywhere inside the home at the same time and yet, it is said that cats are able to see him, that is why he most probably does not like cats and chases them around the house. So if you see your cat staring at anything inside the home (and there appears to be nothing there), the cat may very well be staring at Domovik. 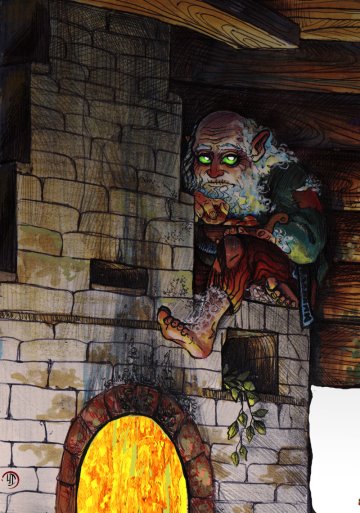 He is believed to protect the home from all kinds of tragedies and disasters, including diseases, thieves, forces of nature and evil spirits.

Though Domovik never brings harm to people, he is sometimes responsible for the so-called poltergeist.

Sometimes the Domovik assists the family members with their daily activities such as household chores, feeding livestock and lending a hand with field work.

He can even be a baby sitter for small children and those children can silently play by themselves for hours, without making any trouble.

Or if your child says he has an imaginary friend, his friend may be Domovik.

But it also happens that Domovik punishes the women of the house who broke diverse long-lasting traditions. At night, food used to be left out for him in his own corner, because it brings luck and prosperity to the household.

The spirit does not eat this food but rather consumes the energy of the food that is left for him.

An angry or abused Domovik is dangerous and can burn the house.

In ancient times, this spirit was often consulted as an oracle, and if a question was asked of it and his invisible touch was gentle and soft then it was a good omen for a family but if Domovik's touch was cold, rough and artless, it foretold misfortune and even death in the family.

No one knows where Domovik comes from and it is also difficult to describe him because he is invisible, but he is always present in the home, fulfilling his duties.