A. Sutherland - AncientPages.com -  Karakorum was first settled about 750. In 1220, Genghis Khan, the great Mongol conqueror, founded his headquarters there and used it as a base for his invasion of China. 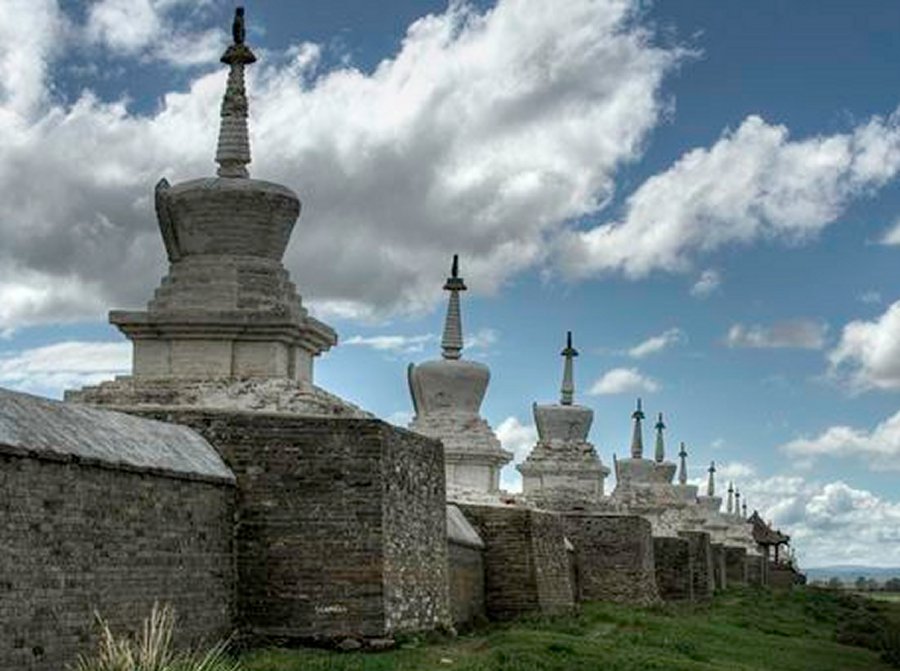 The Buddhist Tibetan monastery that dates back to 1585, was built from the ruins of Genghis Khan's capital and Erdene Zuu is the oldest surviving monastery in Mongolia. Today, the monastery serves only as a museum.

Genghis Khan made it a capital because of its’ strategic location on ancient trade routes. Karakorum is located 360 kilometers southwest of Ulan Bator, on Mongolia's main east-west route.

Today, there are only ruins of this ancient city that once was the important center of extensive and growing empire.

The city has been destroyed several times since Genghis Khan's day. But in Mongolia, Karakorum remains a powerful symbol of past glory.

In 1235 Genghis Khan’s third son and successor, Ögödei, expanded Karakorum and built defensive walls around it along with a rectangular palace supported by 64 wooden columns standing on granite bases.

Karakorum was not important strategically but with the Orkhon River valley was considered a sacred homeland by steppe peoples. The famous Orkhon Turkic inscriptions, some of the earliest texts in early Turkish, mark the burial sites. Credits: University of Washington

Many brick buildings, 12 shamanistic shrines, and two mosques were once part of the city, which also was an early center for sculpture, especially noteworthy for its great stone tortoises.

The city flourished only for some three decades before the next chapter began in Karakoum’s history.

Kublai Khan, the grandson of Genghis Khan, who conquered China, and became the first emperor of the country's Yuan Dynasty, moved the capital to modern day Beijing in 1264. Karakorum served as a center for Kublai’s rival, his younger brother till 1271.

In the Battle of Puir Nor in 1388, Chinese forces under the leadership of the emperor Hung-wu invaded Mongolia and won a decisive victory. They captured 70,000 Mongols and destroyed the ancient city of Karakorum, which was later rebuilt but only partially .

Finally, it was abandoned. 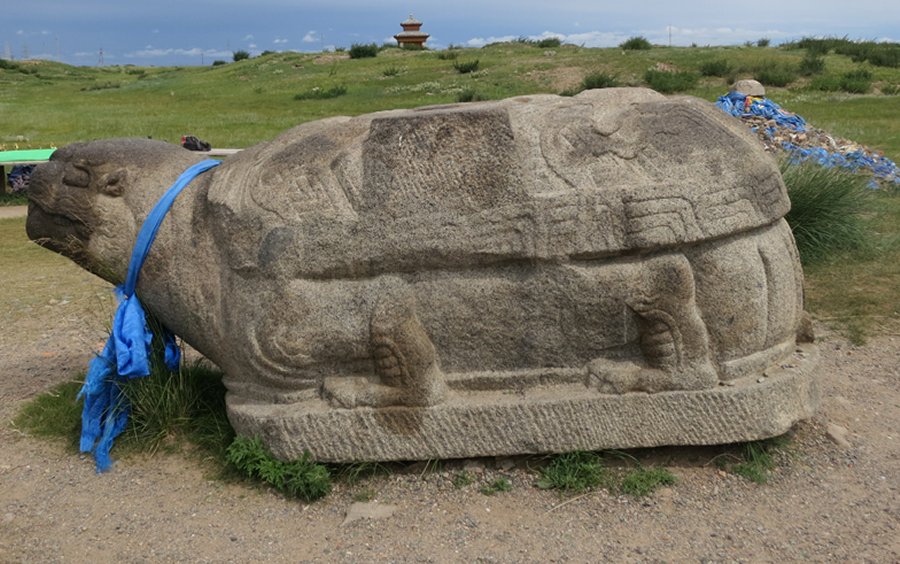 About the only intact remnant of Karakorum is this stone turtle, one of four that marked the city's corners.

Two Russian researchers determined the exact location of Karakorum in 1889 and the ruins were further explored in 1948-1949. The remains of Ögödei’s palace and the remains of a late 12th- or early 13th-century Buddhist shrine were found in the southwestern part of the city.

The Buddhist Tibetan monastery that dates back to 1585, was  built from the ruins of Genghis Khan's capital and Erdene Zuu is the oldest surviving monastery in Mongolia.

Today, the monastery serves only as a museum.

Ruins Of 2,300-Year-Old City Of Jiaohe On The Silk Road

Both written and archaeological evidence about Karakorum tell us a great deal about the commercial and cultural interactions across Eurasia, in which the Mongols played an important role.
Karakorum was not only important strategically but with the Orkhon River valley was considered a sacred homeland by steppe peoples. The famous Orkhon Turkic inscriptions, some of the earliest texts in early Turkish, mark the burial sites.

Tamim Ibn Bahr, an Arab ambassador in 821 who visited the city, wrote:

"From a distance of five farsakhs before he arrived in the town of the khaqan he caught sight of a tent belonging to the king, made of gold. It stands on the flat top of his castle and can hold 100 men..."

Outside the royal compound was a sprawling settled area occupying as much as 7 x 2.5 km, partly enclosed with lower walls and containing numerous houses. Tamim Ibn Bahr noted:

"…this is a great town, rich in agriculture and surrounded by rustaqs full of cultivation and villages lying close together. The town has twelve iron gates of huge size. The town is populous and thickly crowded and has markets and various trades. Among its population, the Zindiq religion prevails."

Archaeological finds have confirmed that Karakorum had a flourishing local agriculture, several millstones, pestles and irrigation canals; some burials contain grains of millet.