A. Sutherland  - AncientPages.com - Magnetic compass is an indispensable navigation tool that has played a significant role in our history.

We find the first use of a magnetic compass in ancient China. The compass was invented as a divination tool by Chinese fortune-tellers who used the lodestones to construct their fortune telling boards. Eventually, they realized that the loadstones always pointed towards the north, and the truly practical use of the compass became reality.

There are allusions in the manuscript Wu Ching Tsung Yao, written in 1040, to “an iron fish” suspended in water that pointed to the south. And the earliest reference to a magnetic direction-finding device for land navigation is recorded in a Song Dynasty book dated to 1040-44. 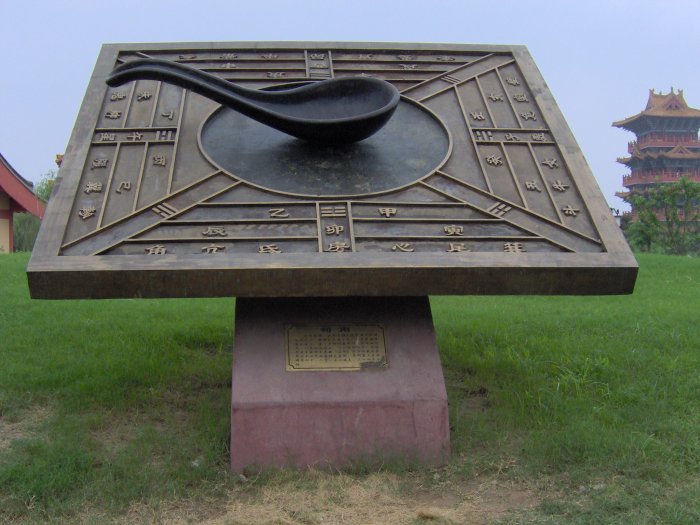 A model in Kaifeng of a Chinese ladle-and-bowl type compass used for geomancy in the Han Dynasty (202 BC – 220 AD).

The first “real” mention of the compass was in a book entitled “Dream Pool Essays” dated 1086 by scholar Shen Kuo, in the Song Dynasty.

Shen Kuo wrote that when “magicians rub the point of a needle with lodestone, then it is able to point to the south…It may be made to float on the surface of the water, but it is then rather unsteady…It is best to suspend it by a single cocoon fiber of new silk attached to the center of the needle by a piece of wax. Then, hanging in a windless place, it will always point to the south.”

Matches Were Invented In Ancient China. 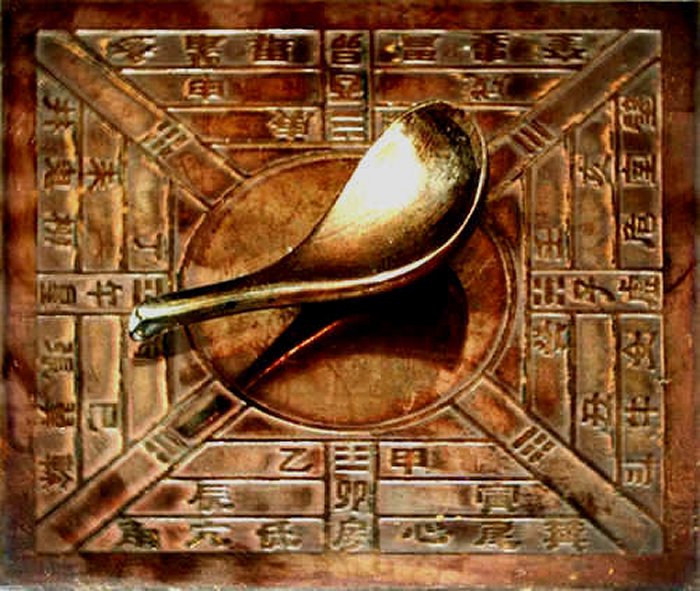 A Han dynasty magnetic compass, the needle is in the form of a carefully balanced ladle that points south.
The compass shows divisions for use in Feng Shui and Yi Jing.

In Europe, the magnetic compass first appeared in Amalfi, Italy, approximately in the 14th century but it is not known if the magnetic compass was invented in Europe or if it migrated to Europe along trade routes from China. However, it became very important for sea trade and military equipment and therefore it was more developed by Western nations.

With the successive rise of the Portuguese, Spanish, Dutch, and English empires, the development of the compass shifted to the European nations facing the Atlantic Ocean.

Before the age of the compass, ancient people used other navigation tools to cross the seas. According to sagas from the Viking era, the Vikings used whales, swells, birds, the stars, and the wind as clues to aid in navigation. 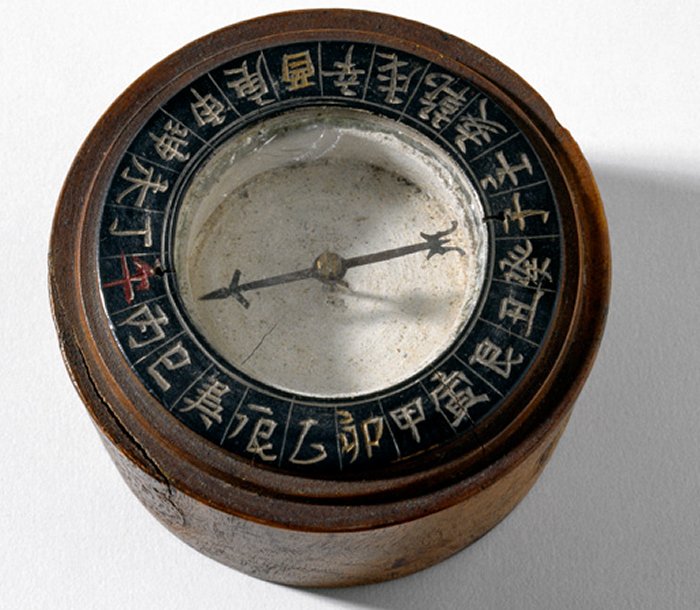 The compass was invented as a divination tool by Chinese fortune-tellers who used the lodestones to construct their fortune telling boards. Photo: SSPL/Getty Images/The Institute

The Norse sagas mention a mysterious “sunstone” – a magical stone that showed sailors the road when the sun disappeared. Today we call the stone – crystal stone of the Vikings.

The Phoenicians who were masters of sea travel covering great distances in their ships used costal and deep-sea navigation. They also depended on celestial navigation and built lighthouses.