A. Sutherland - AncientPages.com - Hovenweep became a National Monument in 1923, but the site is a very ancient. "Hovenweep" is a Paiute/Ute word meaning "Deserted Valley". It  is located along the border between southeast Utah and southwest Colorado, just north and west of Cortez, CO, at an altitude of 5,200 feet.

Humans lived there for more than 10,000 years. Nomadic Paleo-Indians visited the Cajon Mesa of the Great Sage Plain to hunt and gather food. They used the area for centuries, following the seasons. 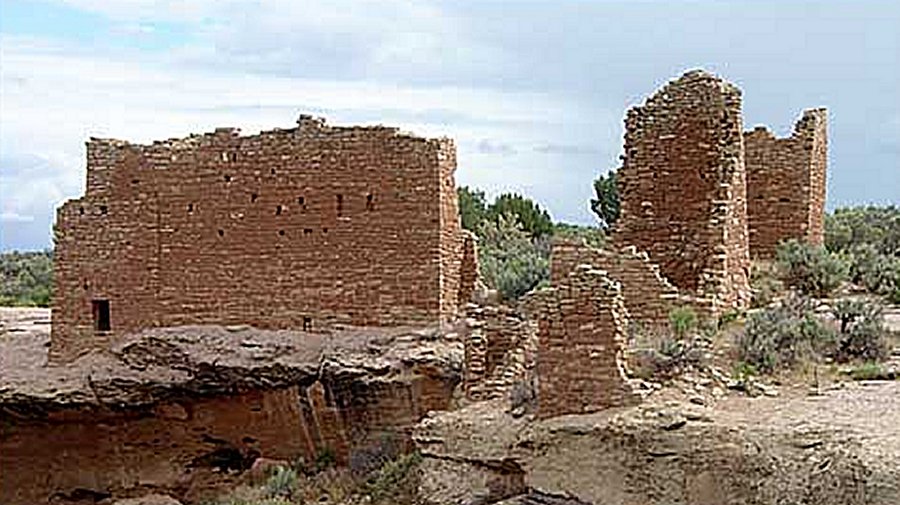 Then, about 900 AD, the transitional period came and people started to settle at Hovenweep year-round, planting and harvesting crops in the rich soil of the mesa top. They were no longer a traditional hunter-gatherer society but the so-called pueblo people; these early Puebloan cultures settled in the area and remained until the 14th century.

The Ancestral Puebloans inhabited the Four Corners region of Colorado, Utah, New Mexico, and Arizona from about 500 A.D. to 1300 A.D.

By the late 1200s, the Hovenweep area was home to over 2,500 people, who prepared their land for cultivation by creating terraces, building check dams to retain topsoil and storage granaries to protect harvests of corn, beans and squash for later use. 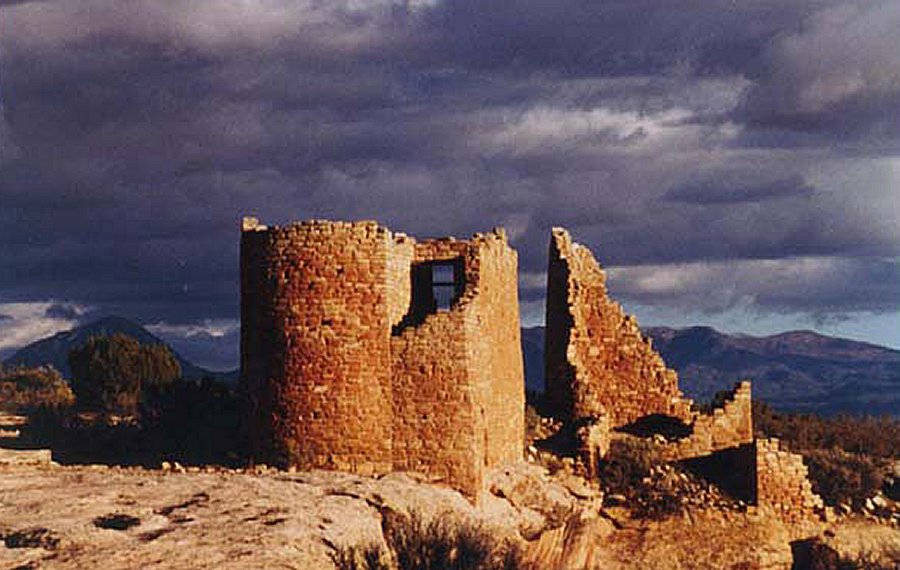 These mysterious people were skillful builders; their masonry is impressive even today.

Most of the structures with a large variety of sizes and shapes were built at Hovenweep between A.D. 1200 and 1300. There are D-shaped dwellings, square and circular towers, and usually circular, ceremonial structures called kivas, which according to archaeologists were associated with the striking towers.

The mysterious Puebloan towers, on the other hand, could have been celestial observatories, defensive structures, storage facilities or civil buildings. 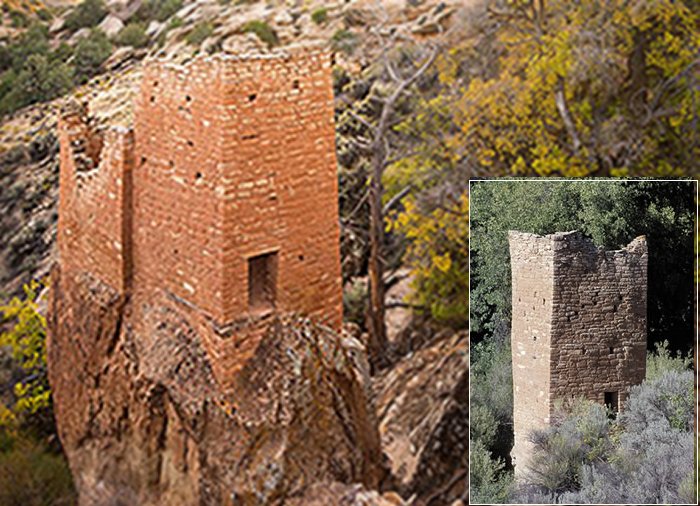 Towers such as the Square Tower are found throughout the canyon and were possibly used for water management, protection, and/or for ceremonial purposes. Courtesy of the National Park Service

It has also been suggested that the placement of these towers had to do with protection of water sources indispensable for the survival.

The most easily accessible part of the Hovenweep National Monument is the Square Tower Unit, which contains most of Ancestral Puebloan structures and among them, there is , for example, Hovenweep Castle, which has several rooms and D-shaped towers.

The slots and doors of Hovenweep Castle, in Square Tower Group, define a solar calendar device used by the builders to reckon the passage of the seasons, important these ancient people and their farming in the harsh climate of the Colorado Plateau.

By the end of the 13th century, the inhabitants of Hovenweep began to leave the area. Though the reason is unclear, ancestral Puebloans throughout the area migrated south to the Rio Grande Valley in New Mexico and the Little Colorado River Basin in Arizona. Today's Pueblo, Zuni and Hopi people are descendants of this culture.

The first historic reports of the abandoned structures at Hovenweep were made by W.D. Huntington, the leader of a Mormon expedition into southeast Utah in 1854.

The name "Hovenweep" was adopted by pioneer photographer William Henry Jackson in 1874. In 1917-18, J.W. Fewkes of the Smithsonian Institution surveyed the area and recommended the structures be protected.