A. Sutherland - AncientPages.com - In 1880, archaeologists discovered a Viking grave in Norway. Scientists examined the burial site, but fear of moisture led to the decision that the grave should be closed.

Everyone agreed that the corpse of a brave Viking warrior who met a brutal death should be left in peace, at least for now. 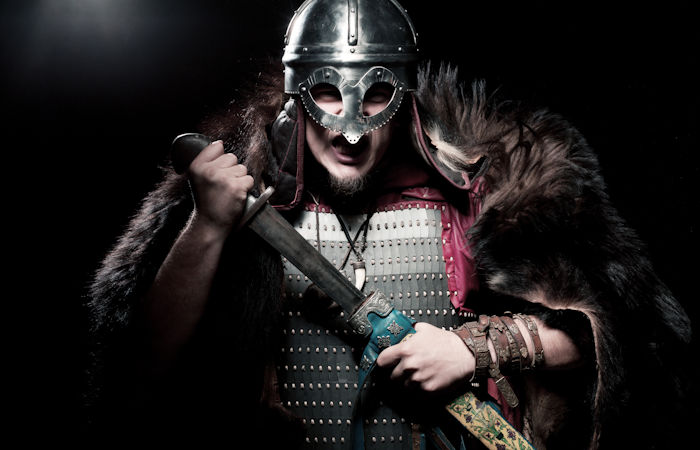 In 2007, scientists re-opened the grave and examined the body. Now, we can finally learn more about the man who became known as one of the most famous Vikings in Norway – the Gokstad Viking Chief and his remarkable ship.

The Discovery Of The Gokstad Viking Ship And The Viking Chief

There was a large burial mound on the Gokstad farm in Sandefjord, Norway.
The Gokstad ship was accidentally discovered by two curious young boys who began to dig into the mound to see if they could find anything interesting. What they found caused a sensation in Norway. Onboard the ship was a dead man. He was fully dressed and surrounded by a number of ancient artifacts such as a bronze kettle, runic inscriptions, a gameboard, and a sleigh.

It soon became apparent that about the year 900 A.D., a rich and powerful man died, and the Gokstad ship was used for his burial.

A burial chamber was built at the stern of the ship. It was covered with several layers of birch bark. Stuck between the joists of the roof, archaeologists found scraps of silk interwoven with gold thread. These are probably the remains of costly woven hangings that decorated the walls on the inside. In the burial chamber stood a raised bed on which the corpse was laid. 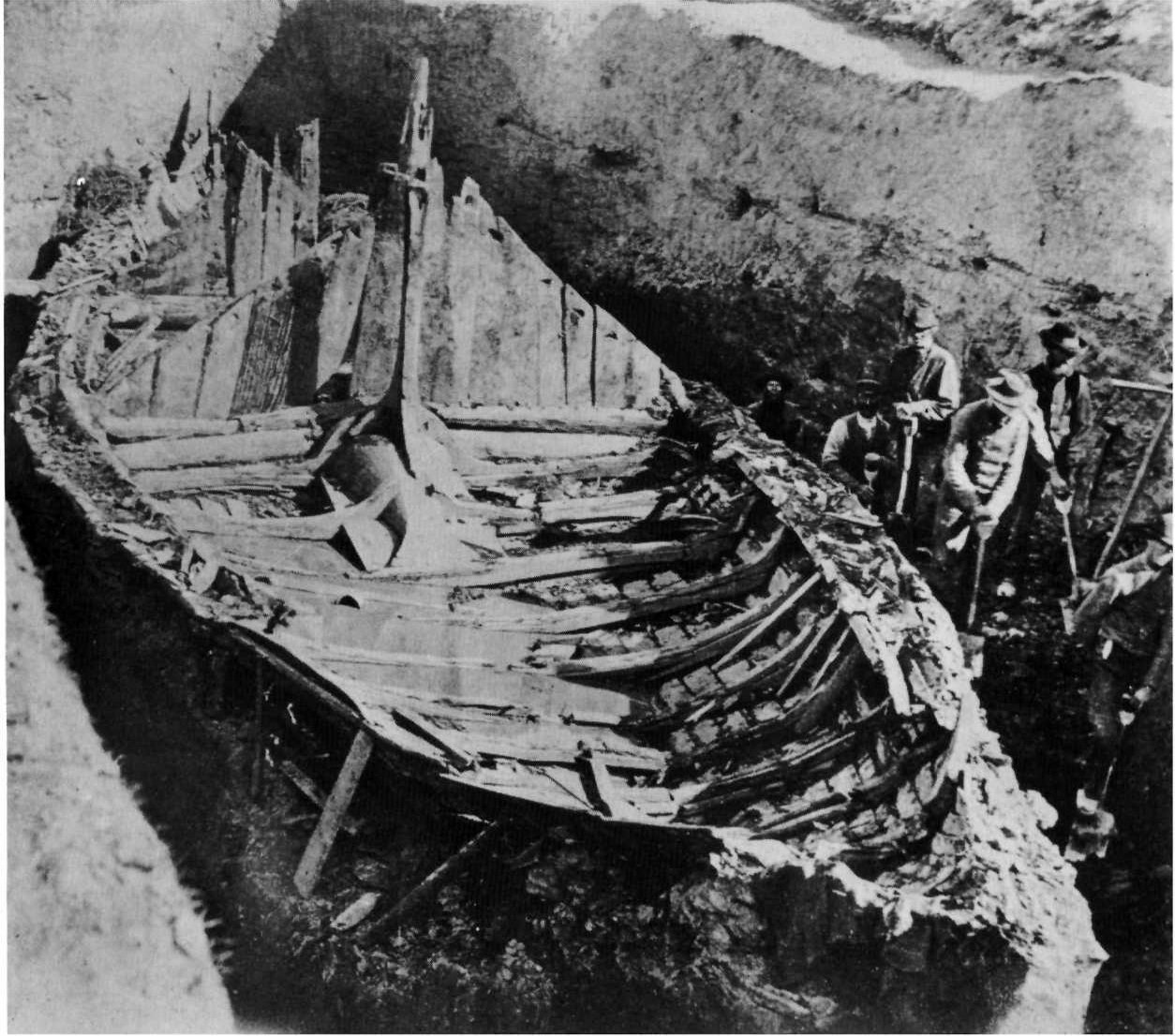 The Gokstad Viking ship in 1880 when it was discovered. Credit: Public Domain

Archaeologists examined the site and were able to conclude that the ship had been built up with turf and sod. The Gokstad ship was built in about 850, at the height of the Viking period. In those days there was a need for ships that could serve many purposes, and the Gokstad ship could have been used for voyages of exploration, trade, and Viking raids. The ship could be both sailed and rowed. There are 16 oar holes on each side of the ship. With oarsmen, steersman, and lookout, that would have meant a crew of 34.

The Gokstad ship was about five meters high and had a diameter of almost 45 meters. The mound was most likely even larger in Viking times. The ship itself was buried in the clay below ground level. 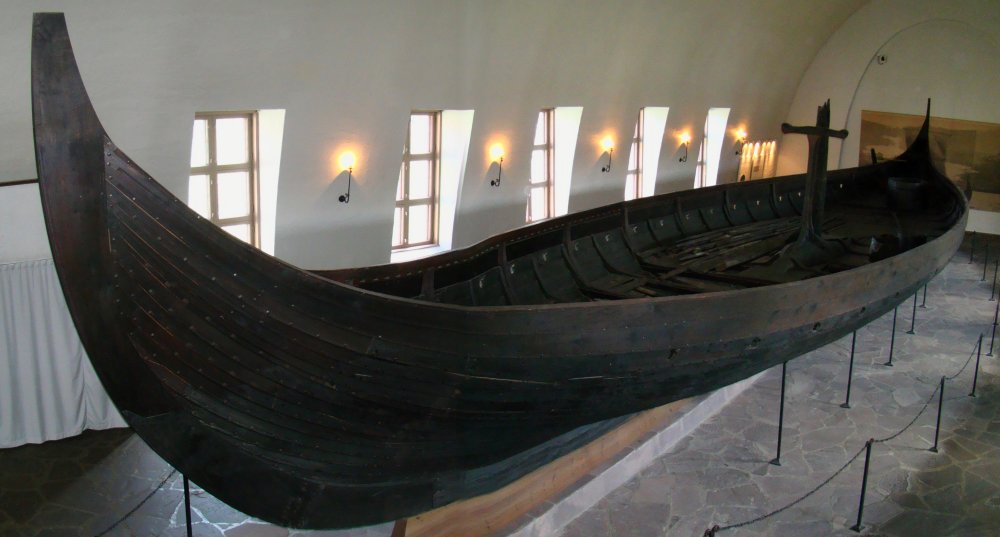 The Gokstad Viking ship is currently at the Viking Ship Museum in Oslo. Credit: Bjørn Christian Tørrissen - CC BY 3.0

The find was without a doubt one of the greatest archaeological discoveries in the history of Norway. Never before had an impressive almost intact Viking ship of this kind been unearthed elsewhere in the country. After proper excavation, the ship was restored. Everything was taken apart, steamed, and bent back into its original shape. Some of the original timber was in too poor a condition to be exposed to this type of treatment.

These parts were replaced with new wood and today the Gokstad Viking ship can be admired at the Viking Ship Museum in Oslo, Norway, where it stands next to another impressive Viking ship known as the Oseberg ship. The Oseberg ship was discovered in 1904 along with two female skeletons.

Problems With The Remains Of The Viking

For some time scientists were uncertain how to proceed with the remains of the deceased Viking aboard the Gokstad ship. Many researchers wanted to examine the body and learn as much as possible, but some felt the bones should be respected and re-buried. The result was a compromise. Researchers collected as much material as possible and then the Viking was re-buried.

In 2007, scientists re-opened the grave and examined the body. Analysis of the corpse revealed the skeleton belonged to a man in his 40s. He was a muscular and large man between 181 and 183 cm tall. A cut to the right shinbone shows that he would not have been able to stand upright, but a knife wound to the inside of the right thigh indicates the probable cause of death. Signs of cutting blows to both legs indicate that he died in battle. Striking at the legs was a common fighting technique in Viking times and the middle ages.

The dead man must have been shrouded in a sewn-up costume when he was buried.

Further analysis showed that at least three different weapons had been used to kill the Viking chief. This indicates that he encountered several men in battle before he died. He met a gruesome and brutal death. But why he had been killed remained a mystery.'

Was The Gokstad Viking Chief A Warrior Of Harald Fairhair – The First King Of Norway?

Who was the Gokstad Viking chief? His burial revealed that he must have been a man of great importance. Still, his identity remained a mystery.

We know that around 900 A.D., when the unidentified Viking Chief died, King Harald Fairhair (Norwegian: Harald Hårfagre) struggled to unify Norway. This unification was by no means a simple process. Vikings in the southwest of Norway made resistance and received support from their relatives in Scotland. Forming an alliance with King Athelstan (r. 924-39) of England, Harald Fairhair organized several invasions on Scotland. It was not until the Battle of Hafrsfjord in 872 that King Harald Fairhair finally crushed the opposition from Norway's southwestern portion. Winning the Battle of Hafrsfjord resulted in King Harald I of Norway's declaration to become the sole ruler of Norway. 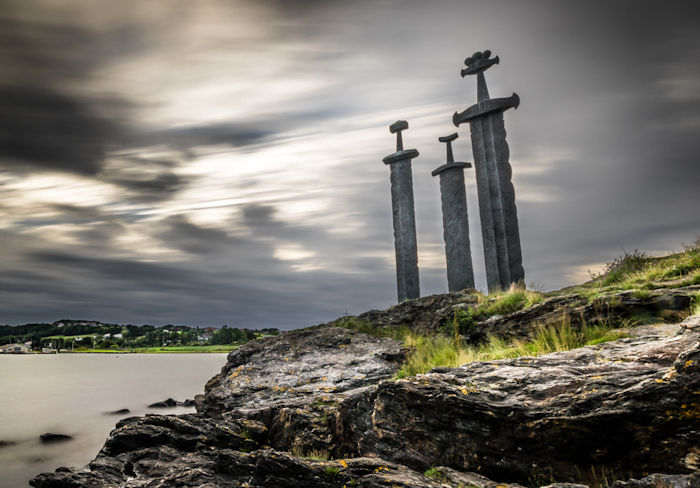 Sverd in Fjell monument was created to commemorate the Battle of Hafrsfjord in 872. Credit: Giuseppe Milo - CC BY 3.0

Somehow, the mysterious Gokstad Viking chief must have been involved in all these events, but whose side was he on? Why was he killed? One possibility is that he lost his life during one of the raids. Another option is that he was killed by the opposition to King Harald Fairhair. It is also possible he was murdered by unknown men, like thieves for example.

We may never know the true story of the Gokstad Viking chief, but even without a proper name and identity, he has become one of the most famous Norwegian Vikings.