Ellen Lloyd - AncientPages.com - The history of banks can be traced to ancient Babylonian temples in the early 2nd millennium BC. In Babylon at the time of Hammurabi, there are records of loans made by the priests of the temple. Temples took in donations and tax revenue and amassed great wealth. Then, they redistributed these goods to people in need such as widows, orphans, and the poor.

After a thousand years, the priests who ran the temples had so much money that the concept of banking came up as an idea. Around the time of Hammurabi, in the 18th century BC, the priests allowed people to take loans.  Old Babylonian temples made numerous loans to poor and entrepreneurs in need.  Among many other things, the Code of Hammurabi recorded interest-bearing loans. 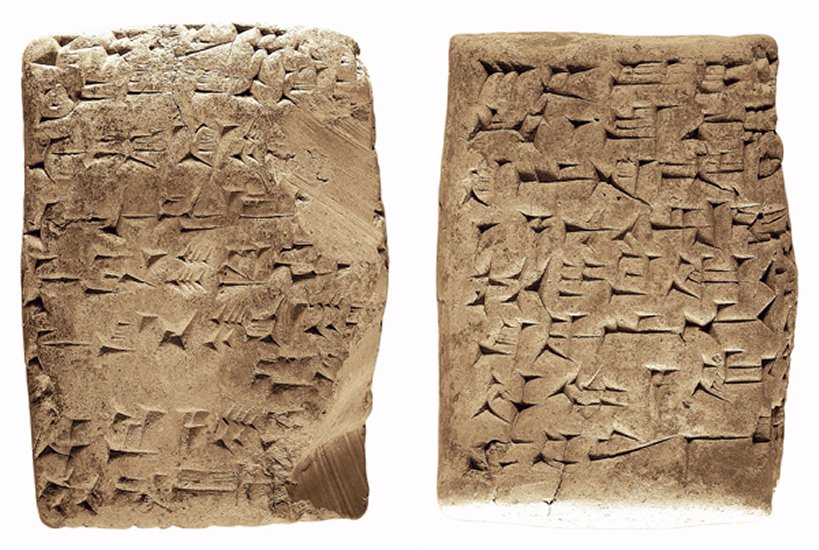 Cuneiform tablet detailing a loan of silver, c. 1800 BC. The text reads:
“3 1/3 silver sigloi, at interest of 1/6 sigloi and 6 grains per sigloi, has Amurritum, servant of Ikun-pi-Istar, received on loan from Ilum-nasir. In the third month she shall pay the silver.”
1 sigloi=8.3 grams.

The loans were made at reduced below-market interest rates, lower than those offered on loans given by private individuals, and sometimes arrangements were made for the creditor to make food donations to the temple instead of repaying interest. Cuneiform records of the house of Egibi of Babylonia describe the families financial activities dated as having occurred sometime after 1000 BC and ending sometime during the reign of Darius I, show a "lending house" a family engaging in "professional banking."

In ancient Egypt and Mesopotamia gold was deposited in temples for safe-keeping. There were three types of banks operating within Egypt, royal and private.

What Did Houses For Ordinary People In Sumer Look Like?'

During the whole Graeco-Roman period (332 B.C. - 642 A.D.), banks were of three types, either privately run, leased, or owned by government, of which included within this last group were some organizations having dual roles including being additionally treasury departments. The recording of the gathering of money to buy grain in a pharaoh's kingdom as ordered by the Biblical Joseph, is written within the book Genesis of the Bible, and this money was placed within the house of the pharaoh. Joseph bought with the money of the pharaoh a large amount of corn, having this then laid in the public granaries.

In ancient Greece, private entrepreneurs, as well as temples and public bodies, undertook financial transactions. They took deposits, made loans, changed money from one currency to another and tested coins for weight and purity.

They even engaged in book transactions. Money lenders accepted payment in one Greek city and arranged for credit in another, avoiding the need for the customer to transport or transfer large numbers of coins.

Ancient Rome adopted the banking practices of Greece. So, the history of banking can be traced to very ancient times.

If you are interested in the history of money, don't miss our comprehensive article on the subject: