A. Sutherland - AncientPages.com - Very little is known about Pennard Castle, a ruined castle near the village of Pennard in the Gower Peninsula, in South Wales.

The ruins we see today is all that is left from Pennard Castle and its history records are mostly lost in the mists of time, because it was a period of political turmoil and an uneasy rule of Anglo-Norman barons. 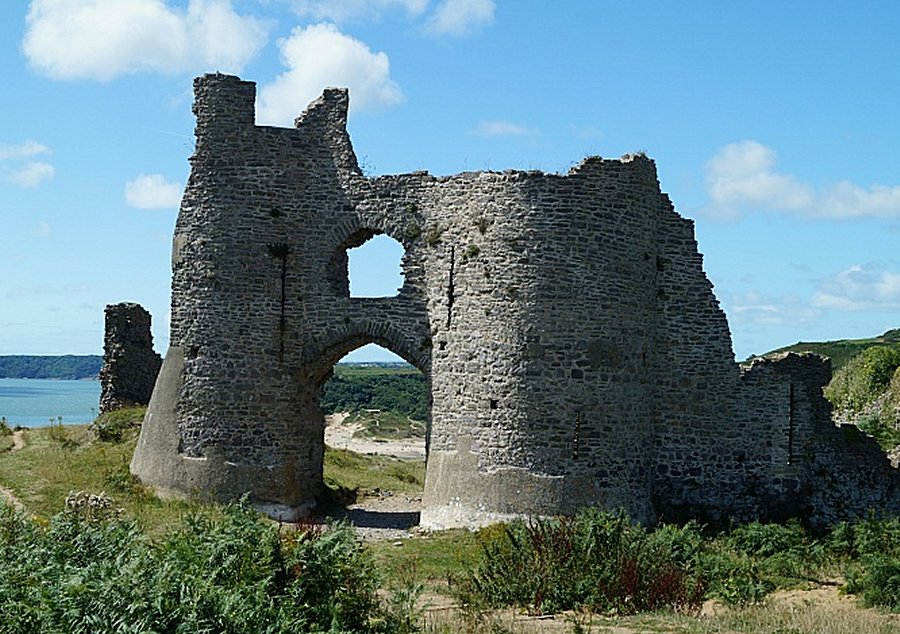 A small settlement grew up near the castle, complete with a church. There is no sign of the settlement now, and of the church only part of a single wall remains standing.

Dated to the 12th century, the castle was a rather primitive construction. It consisted of wooden fortifications with a bank, ditch around it, and a primitive stone hall, probably built by Henry de Beaumont, first earl of Warwick, who was granted the lordship of Gower.

Of this early fortification, only the foundations of the hall are still visible. Later, the castle was rebuilt and a small settlement grew up around the castle complete with a church.

When exactly, the Pennard Castle was abandoned, is unknown but by the year 1400, there was no one there. No one else ever moved, probably due to its deteriorating condition. Today, there is no sign of the settlement and of the church, only part of a single wall remains standing.

What happened to the castle and the village? As far as ancient records say, Pennard was never attacked, so why was it deserted? The only possible answer lies in sand dunes that enveloped the entire area and destroyed the soft rock walls of the castle, causing living conditions unacceptable. 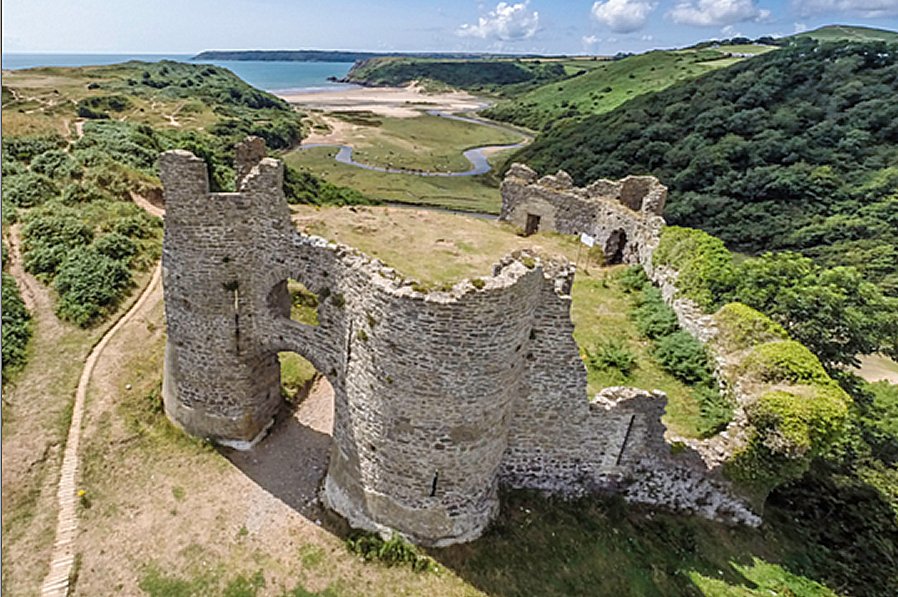 It's not known exactly when Pennard was abandoned, but the church ell out of use in 1532.

Legend has it that the castle’s owner once refused the local fairies the right to dance at his wedding party. The upset little people sent a massive storm, which then destroyed the building.

The owner was a Baron so fierce and ruthless that everyone feared him. His strength and bravery in battle were known throughout Wales and even his own men at arms cowered when he looked at them and his enemies never dared venture near his castle. It was here that he passed his time in drunkenness and debauchery.

War was in the land and fearing defeat, the King of Gwynedd, Lord of Snowdonia, sent a messenger to the Baron asking him for help. Eager for a fight, but shrewd enough to see an opportunity for profit, the Baron sent the messenger back to the King demanding to know what his reward would be.

The King was desperate; his enemies were collecting a large army in the east and he knew that his throne would soon be lost. The messenger quickly returned to the Baron’s Castle.

“Well,” bellowed the Baron. “What does your Lord and Master offer that I may take his side in this matter?” “My master commands me to give you this,” he replied, handing the Baron a scroll with a royal seal. 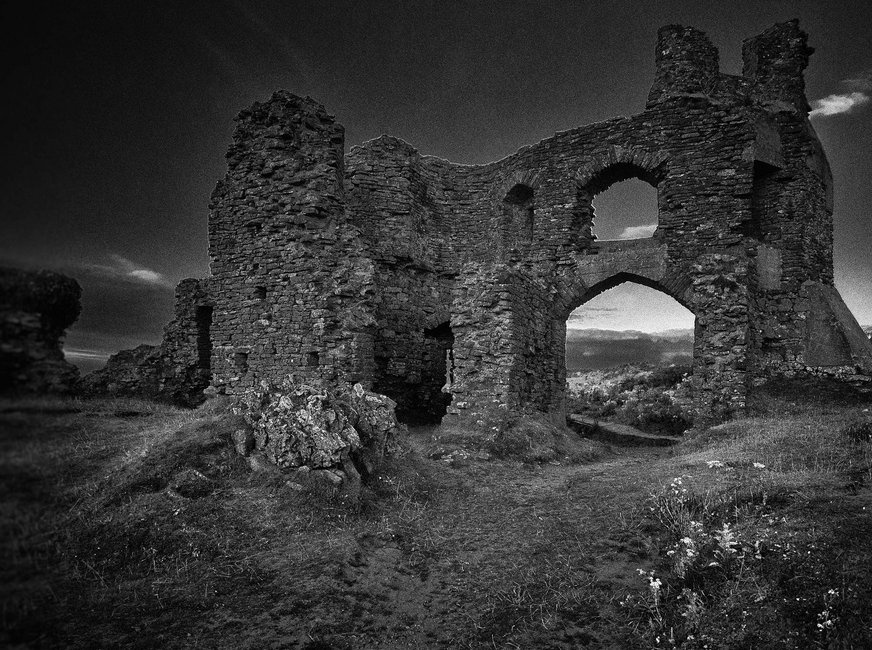 Beaumont created a ringwork fort surrounded by a bank and ditch, with a stone hall within the earthworks. Of this early fortification only the foundations of the hall are still visible.

It was the King’s guarantee to reward the Baron with anything he desired if they won the battle. The Baron won this important battle and rode to Caernarfon castle and there were great celebrations. The King was still determined to reward his mighty warrior.

“What prize shall you have? he asked the Baron, ready to empty his treasury. “Name it and it is yours.” “You have a beautiful daughter, Sire. She will be my reward,” answered the Baron.

The King was disappointed; this was not the bargain he expected but he had already given his word. The King’s daughter was beautiful but she was also a bit simple and impressionable.

Dunstanburgh Castle: Underground Passageways And The Legend Of Sir Guy The Seeker

Some claimed that her friends were fairies and that she spent her days talking to them. The Baron’s demand flattered her and the princess agreed to wed the Baron. With a sad heart, the King bade her farewell. Reaching Pennard Castle, the Baron ordered a great feast. The feasting soon turned to drunkenness with men and women. Drunk and full of lust, the Baron grabbed the Princess and carried her to his chambers, intent on having her. There was no talk of a wedding ceremony first. Intoxicated and overwhelmed by the Baron’s strength she submitted.

Suddenly, there was a cry from the guards. “An army comes to Pennard.” The Baron ran to the battlements and saw a horde of lanterns advancing toward his Castle. He grabbed his sword and ran out to meet the attackers. He cut right and left, slashing and swinging as he ran through the invaders. The lights swarmed around him and he drove on hacking and chopping. As he fought his sword grew heavy and his arms burned with pain, from the exertion, until he could fight no more.

Finally, he slumped to his knees, exhausted, looking at the blink lights dancing around him and imagined he saw the faint glimmer of gossamer wings.

This was no army but a host of fairies coming to share in the wedding celebrations. As he watched the wind blew the fairies away and a violent storm started to batter his castle. The same night a mountain of sand blew in from the sea. The Castle, the Baron, and the Princess vanished.