A. Sutherland - AncientPages.com - The Bayeux Tapestry is an impressive example of Romanesque art depicting the Norman Conquest of England in 1066 by William, Duke of Normandy, the historical event that culminated in the famous Battle of Hastings (Oct. 14, 1066).

The Bayeux Tapestry's vivid action expressed in the scenes strongly resembles a film, but it is more than that; the artifact is important as a source for 11th-century history. 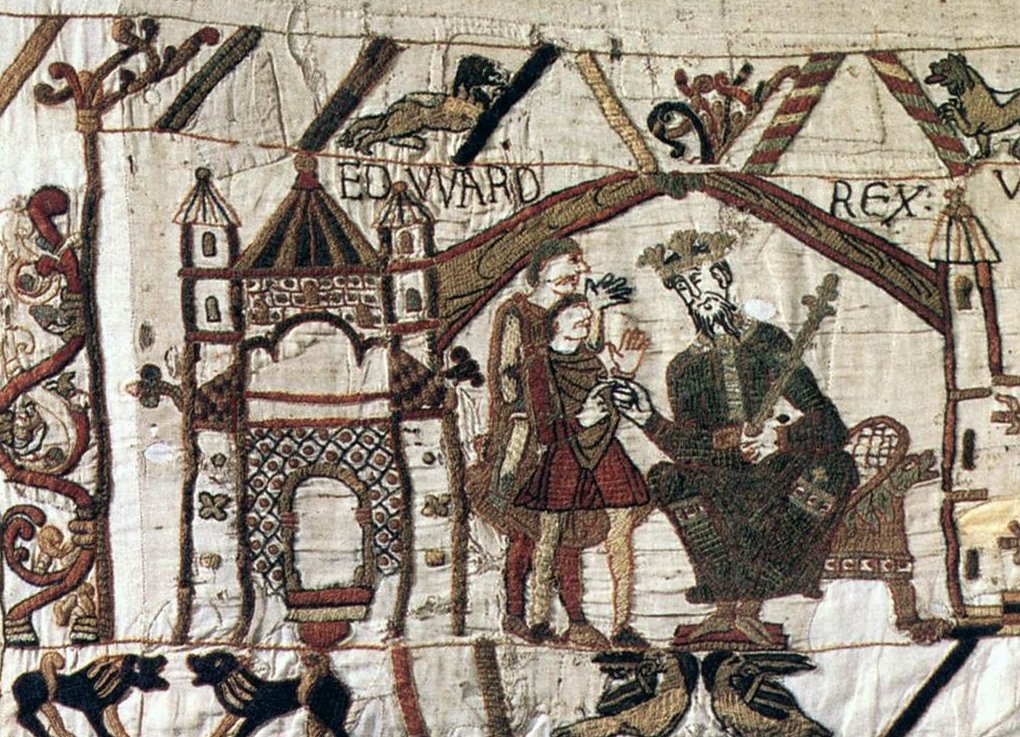 When first referred to (1476), the tapestry was used once a year to decorate the nave of the cathedral in Bayeux, France. There it was “discovered” by the French antiquarian and scholar Bernard de Montfaucon, who published the earliest complete reproduction of it in 1730. image credit: Bayeux Museum

The artwork is an embroidered cloth, about 229 feet (70m), 19.5 inches (49.5 cm) wide and weighs 350 kilos. It consists of fifty-eight embroidered scenes (other sources mention more than 70 scenes) with Latin tituli, embroidered on linen with colored woolen yarns.

With few exceptions, the events are presented in the historically correct sequence, with each of the heroes appearing several times. 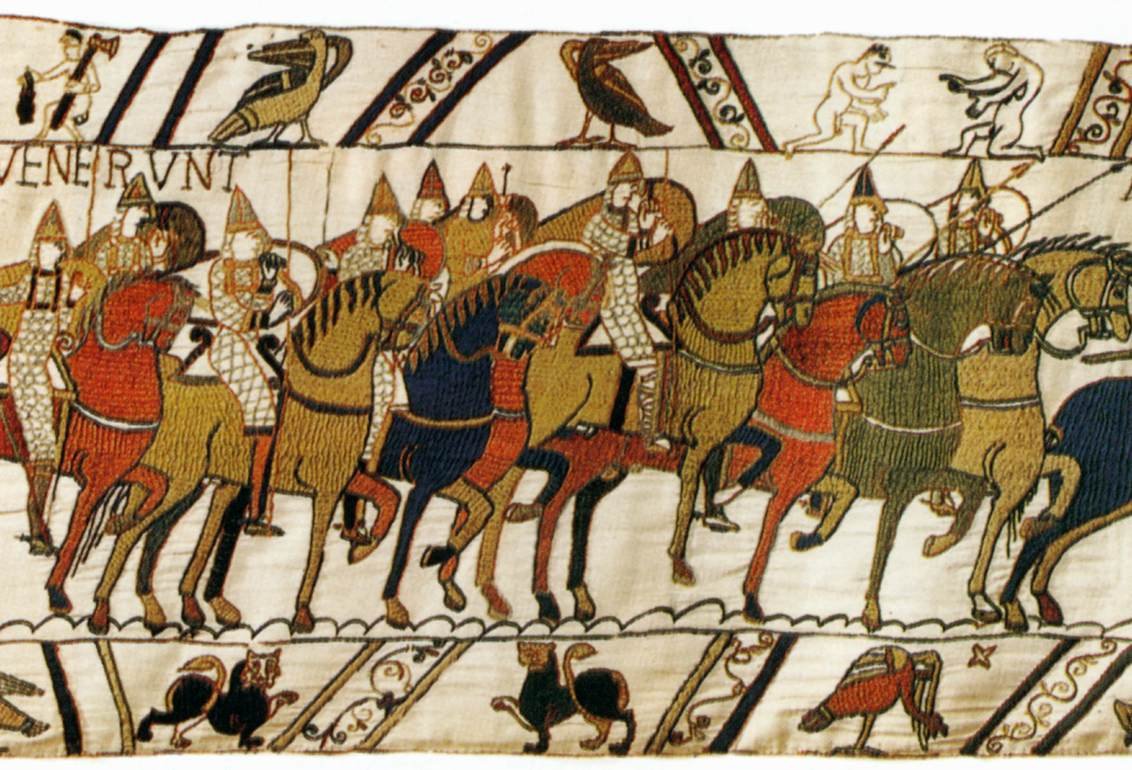 Having twice narrowly escaped destruction during the French Revolution, the tapestry was exhibited in Paris at Napoleon’s wish in 1803–04 and thereafter was in civil custody at Bayeux, except in 1871 (during the Franco-German War) and from September 1939 to March 1945 (during World War II). image credit: Bayeux Museum

The borders on the tapestry are full of additional depictions of subplots and legends that constitute a complement to the main scenes.

Ten colors of woolen thread are used to represent as many as 626 characters, the 37 buildings including Mont-Saint-Michel, 202 horses, mules, and the 41 ships.

Many fascinating historical characters(primarily male) are portrayed and among them, the most represented protagonists are Edward The Confessor, William, Duke of Normandy, King of England, Harold Godwinson, Earl of Wessex and Odon de Conteville, half brother of William and bishop of Bayeux.

Towards the end, the vivid action of the Battle of Hastings culminates and the lower border of the tapestry is devoted to dead and wounded soldiers, hordes of bowmen, and the plundering of casualties. 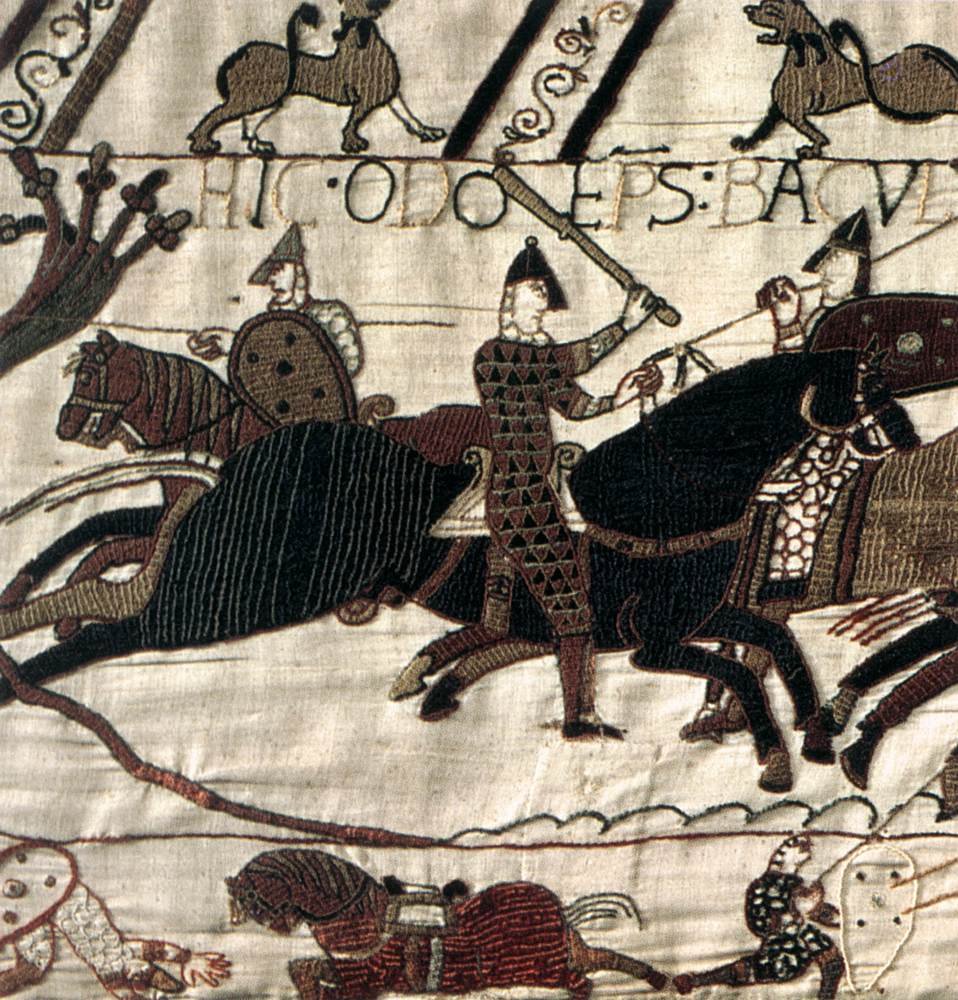 The decorative borders of the tapestry have value for the study of medieval fables. image credit: Bayeux Museum

It is easy to imagine all these events because an unknown skilled artist - an unknown English weaver - narrates them visually, leading the eye from one phase to another.

The depictions on the Bayeux Tapestry are handmade with woolen threads and needled onto a strip of linen. They are embroidered in red, yellow, grey, bright green and a darker green, and three shades of blue.

Although the tapestry has been exposed to light and dirt for over nine centuries, the eight colors of woolen thread are still vivid, bright and beautiful.

Many art historians assume that the tapestry was made in southern England (perhaps at the St Augustine monastery in Canterbury) for Odo of Bayeux, bishop, and half-brother of William the Conqueror. Almost certainly, the tapestry was hung in the hall of a bishop's palace.

It is presently exhibited in a special museum in Bayeux, Normandy, France, with a Victorian replica in Reading, Berkshire, England.