Pharaohs built huge and well-constructed pyramids, tombs and temples to glorify themselves, to be remembered after death, but their bodies were never inside these structures. 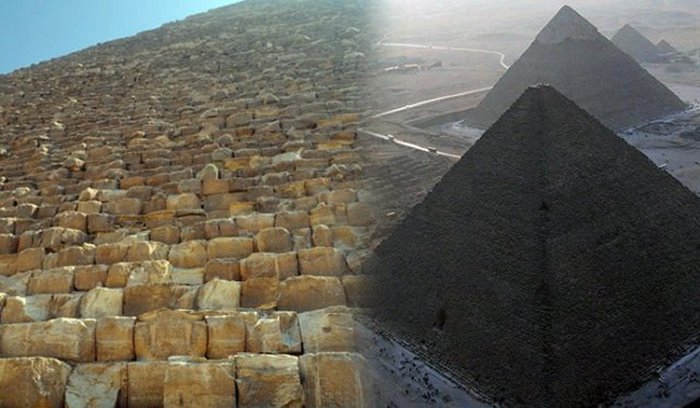 In none of them, there were found the bodies of builders or rulers, and when they were occasionally found, it turned out to be "very young" and had no connection to Egypt's ancient times.

The Old-Kingdom stone pyramids were never actually ‘real’ tombs. The 19th-century so-called 'tomb theory' was only invented to replace earlier theories suggesting the pyramids as storehouses for grain or repositories of sacred measurements of the planet.

So for what purpose were these impressive gigantic structures built?
In fact, no one, even Sir William Flinders Petrie, the earliest authority on the pyramids of Giza had any idea about it.

Isn't it strange that 'tens of millions of stone blocks used in Egypt’s large pyramids construction, from Meidum in the south to Abu Rawash in the north, and in no place is the name of their builders inscribed, except for a single quarry mark of red ochre paint in the Great Pyramid,' (Malkowski, Ancient Egypt 39,000 BC). 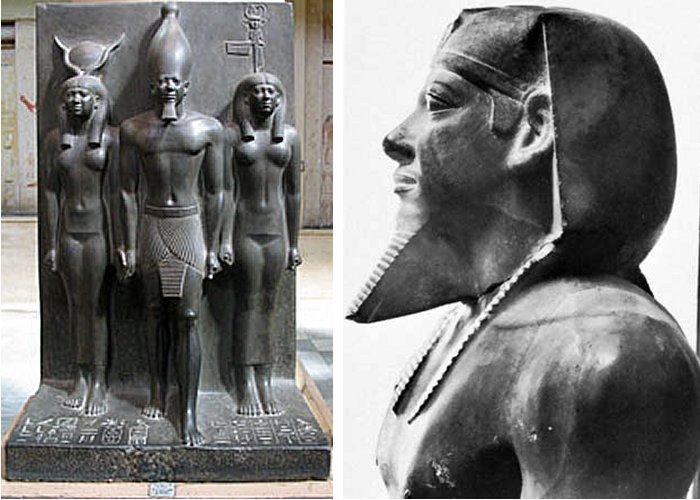 This single quarry mark 'was possibly forged by Richard Howard-Vyse under the pressure of competition with another archaeologist, the Italian Count Caviglia.'

Despite the claim that the pyramid was a tomb, a number of Egyptologists do recognize that the intent of the pyramid still remains a mystery.

The 4,300-year-old pyramid of Menkaure, the smallest of the famous trio at Giza (some 200 feet lower than the other two), is now opened to the public after the completion of its renovation.

This pyramid is also very anonymous. We do not know much about Menkaure.

Researchers discovered an empty basalt sarcophagus, an anthropoid coffin lid made of wood, and some bones. These bones along with the coffin were later proved were dated from the early Christian era and had no connection to Pharaonic times.

The basalt sarcophagus, on the other hand, could have belonged to Menkaure.

Unfortunately, nobody had the opportunity to examine it because it had been lost at sea when the ship on which Vyse sent it to England had sunk off the coast of Spain. 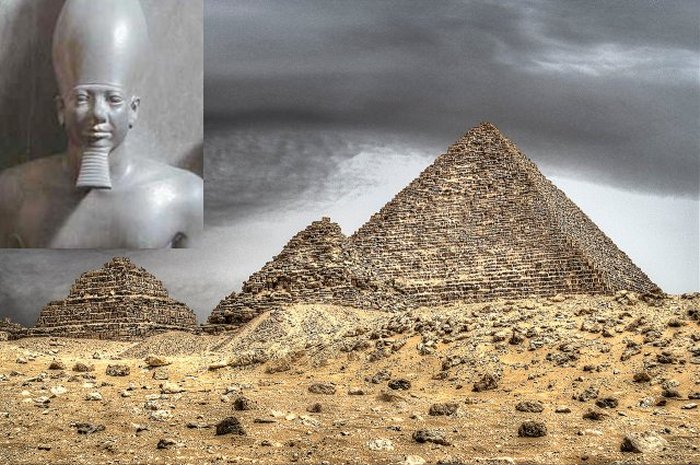 Since it was a matter of record that the sarcophagus had been found empty by Vyse, it was once again assumed that the body of the pharaoh must have been removed by tomb robbers.'

This 'robbery theory' was only supported by 'evidence' of the missing mummies and grave goods.
There is a lack of bodies in the pyramids and the absence of decorations and inscriptions in countless galleries, chambers, corridors and passageways is also evident.

The same is true regarding all three Giza's pyramids. Not a single word - praising the pharaohs - has been inscribed on the pyramids' walls.

Other burial places of ancient Egypt have beautiful decorations, paintings, and inscriptions referring to the ritual spells and invocations indispensable for the deceased on his journey towards eternal life.

Nothing like that can be found in Giza's trio and that's because these pyramids were not built to serve as tombs at all.

The sixth ruler of the 4th dynasty, Menkaure built himself a pyramid one-tenth the size of Khafre's. And unlike the other Great Pyramids, whose walls were made of limestone, Menkaure's pyramid was covered with granite on the bottom levels and in the burial chamber—a costlier, more difficult stone to work with.

Menkaure died unexpectedly, and work on his pyramid complex was abandoned. Later, Menkaure's heir, Shepseskaf, the sixth and last pharaoh of the 4th dynasty of Egypt during the Old Kingdom, later completed the complex using mud brick.

"Menkaure’s son and successor, Shepseskaf, used mud brick to complete the Mortuary and Valley Temples, all of the subsidiary pyramid temples, the Causeway, and probably the Enclosure Wall. A stele found in eight pieces in the portico of Menkaure’s Mortuary Temple reads:

Metropolitan Museum of Art, Egyptian Art in the Age of the Pyramids