Ellen Lloyd - AncientPages.com - The Suomenlinna fortress is just as impressive as rich in history. Built in 1747 by Sweden on a group of islands located at the entrance of Helsinki's harbor the fortress original name of the fortress was Sveaborg. 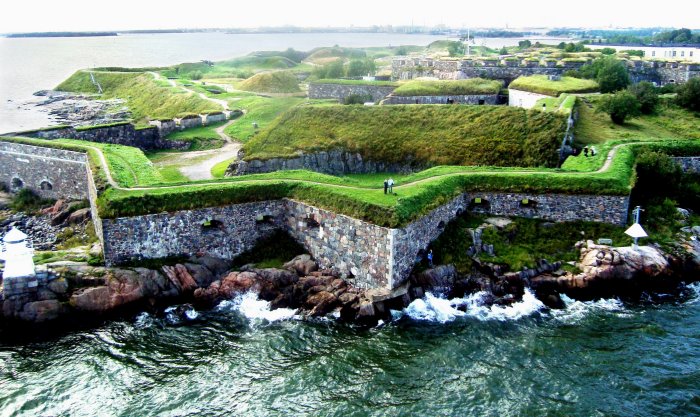 The landscape and the architecture of the fortress have been shaped by several historic events. Covering an area of 210 ha and consisting of 200 buildings and 6 km of defensive walls, the fortress stretches over six separate islands.  The construction of the fortress was supervised by the Swedish Admiral Augustin Eherensvärd (1710-1772).

It has served to defend three different sovereign states over the years: the Kingdom of Sweden, the Russian Empire and most recently the Republic of Finland.

Suomenlinna Fortress was also known as Viapori, the Finnish translation until 1918 when it became Finnish property and its name was changed to the present one.

During the Swedish period, Viapori was considered vital in terms of defence, especially with Sweden’s declining power and in an atmosphere of increased Russian imperialism.

The purpose of the fortress was originally to defend the Kingdom of Sweden against the Russian Empire and to serve as a fortified army base, complete with a dry dock.

The sea fortress had merits as a naval base in the Russo-Swedish War of 1788–1790 (‘Gustav III’s War’), but it was not involved in actual battles.

Having avoided military engagement in the 18th century, the next century saw Viapori become the subject of an enduring Russian attack in the Russo-Finnish War, also known as the ‘War of Finland’ (1808-1809). After a three-month siege, Viapori fell to the Russians.

After the Swedes vacated the fortress, Viapori along with its ships and equipment was transferred under the rule of the Russian Imperial Government.

The following year, Finland became an autonomous Grand Duchy of Russia, but Viapori remained a military base under Russian administration. 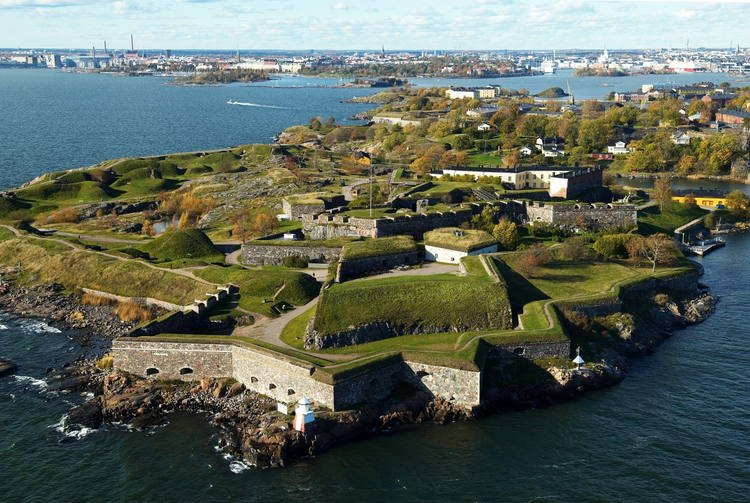 The Russians valued the Viapori and its strategically vital position. The fortress perimeter was expanded to Santahamina, Kuningassaari and Vallisaari. Barracks to house soldiers were built in the fortress, and an Orthodox garrison church designed by Konstantin Ton was completed.

Although the Russians had big plans, lack of funds halted the expansion and Viapori fell into decay.

It was not until the run-up to the Crimean War (1853–1856) that the condition of the fortress began to raise concerns. War broke out between Russia and Turkey, but England and France soon joined forces with the Turks. A combined Anglo-French fleet bombarded Viapori for two days in August 1855, and Viapori sustained heavy damage in the bombardment.

In the late 19th century and the early years of the 20th century, the fortifications of Viapori were repaired. However, Viapori continued to decline in importance, and ultimately it was just one Russian fortress among many.

During the First World War (1914–1918), Viapori formed part of what was known as the Naval Fortress of Peter the Great, designed to protect the Russian capital St. Petersburg.

With the Russian Revolution and Finland’s independence, Viapori was taken over by the newly founded Finnish government in 1918 and renamed Suomenlinna (‘Castle of Finland’).

Suomenlinna Fortress has been outside of military control since 1973. Today, this impressive place can be visited and it offers various things to see including a series of museums as well as sites such as the King’s Gate and the Great Courtyard.

Copyright © AncientPages.com  All rights reserved. This material may not be

published, broadcast, rewritten or redistributed in whole or part without the express written permission of AncientPages.com