A. Sutherland - AncientPages.com - Once upon a time, there was an important commercial center  on Gotland, the island located in the Baltic Sea, approximately 90 kilometers east from mainland Sweden.

Gotland’s center of a large trading network stretched from Karelia in northern Finland down to the Caspian Sea in the south. The island flourished during Antiquity and Middle Ages and its wealth in medieval times led to the development of impressive architecture and local art. 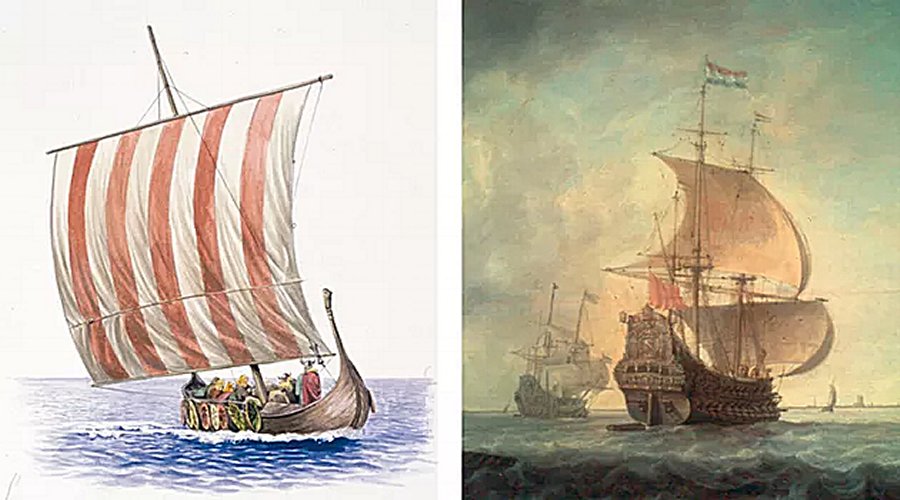 Danish fleet consisted of thirty ships, and large cogs, smaller shells. The rumor of the Danish attack was spreading rapidly across the island; soon rang all church bells across the island – the danger was imminent.

The death came in summer 1361. When a Danish army sailed eastward summer of 1361, the Swedish king Magnus Eriksson already knew Gotland was in danger.

He did what he could; he had let issue a warning letter to the citizens on Gotland about a dangerous attack approaching the island of Gotland. The population of Gotland was preparing for the worst. 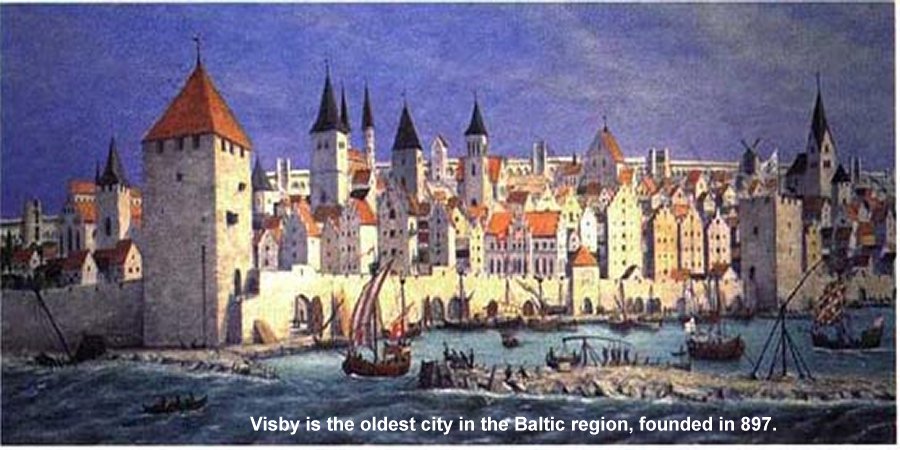 In the 1300s, Visby was Scandinavia's richest city.

Early on the morning of Thursday July 22, the enemy fleet was clearly seen. The armada consisted of thirty ships, and large cogs, smaller shells. The rumor of the Danish attack was spreading rapidly across the island; soon all church bells rang across the island – the danger was imminent.

Soon, the Danish king, Valdemar IV Atterdag and his soldiers appeared on the horizon outside Visby's thick city walls. 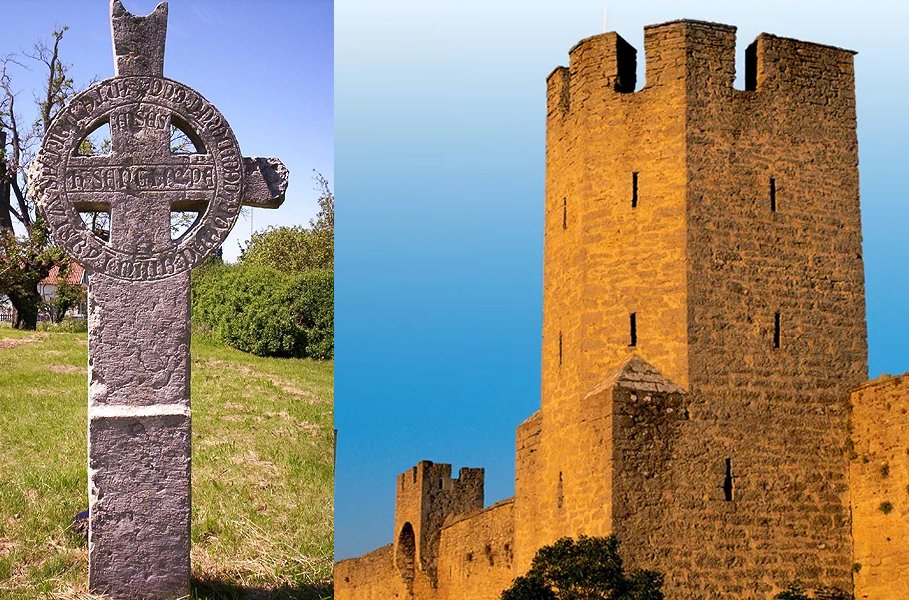 The main battle was fought within 300 meters of the city of Visby’s fortifications. The extent of the incident was not finished until the day after the battle. Roughly 1,800 Gotlanders had been killed, that is, up to half of the participants - an exceptionally high loss ratio.

Following the devastating battle, the citizens of Visby decided to surrender to avoid further losses. Without outside help of fighting farmers, Visby would never been able to keep out Valdemar’s forces. 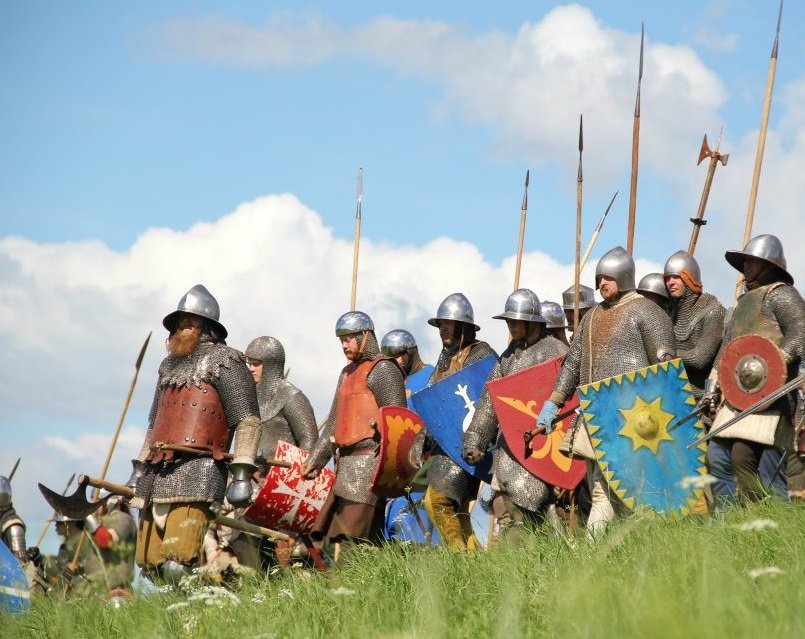 The main battle was fought within 300 meters of the city of Visby’s fortifications. The extent of the incident was not finished until the day after the battle.

Negotiations began. To save the city from sacking, the inhabitants paid a large amount of their wealth to King Valdemar. Despite the payment, the Danes still plundered several of the town's churches and monasteries on the island, before they left. King Valdemar appointed sheriffs to govern Visby and then set sail again. It would take another year before Valdemar officially added "King of Gotland" to his many titles. 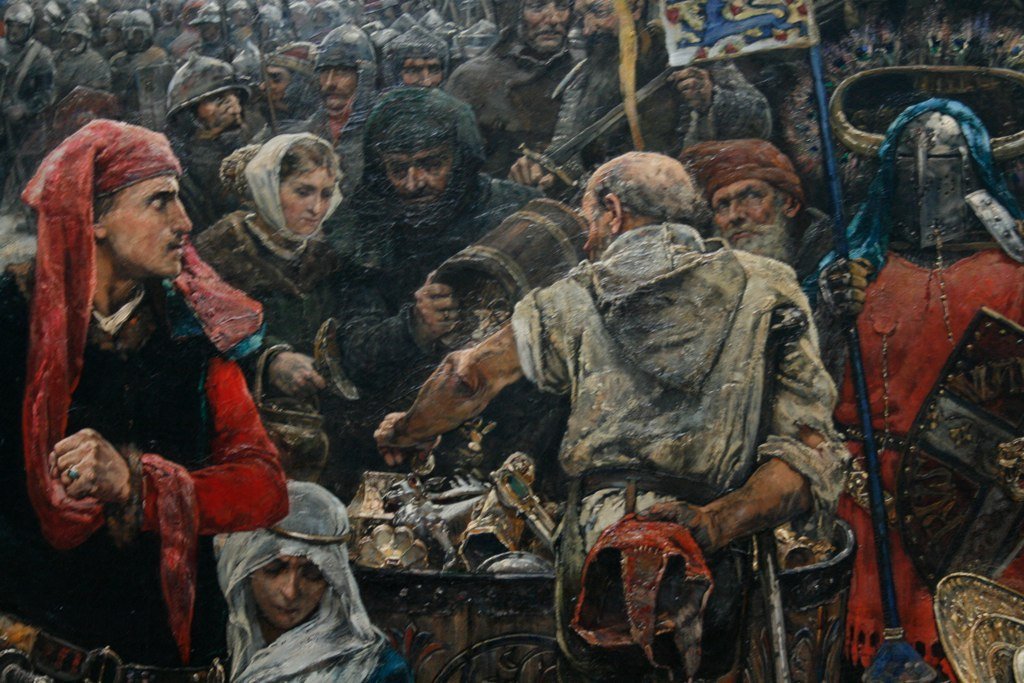 The cruel plundering of the island by King Valdemar definitely ended the island's prosperity.

Sailing away, one of Atterdag's ship carrying all the island's treasures sunk off the Carl islands located west of Gotland.

No cogs have ever been found in the area despite the extent of their use and the perfect conditions of the Baltic Sea for wreck preservation.

The seabed of the Baltic is flat and the oxygen levels in the water are low enough to make it an ideal environment for wrecks to remain intact and many shipwrecks have been found in the Baltic Sea, according to researchers.

The exhibition "The massacre at the Great Wall, the Battle of Gotland in 1361" at the Historical Museum in Stockholm. "These findings are unique in the world, it is like a keyhole back to 1361. Photo: gotland.net/Historiska Museet Stockholm

The loot is resting somewhere in the underwater realm of the Baltic Sea near Gotland. 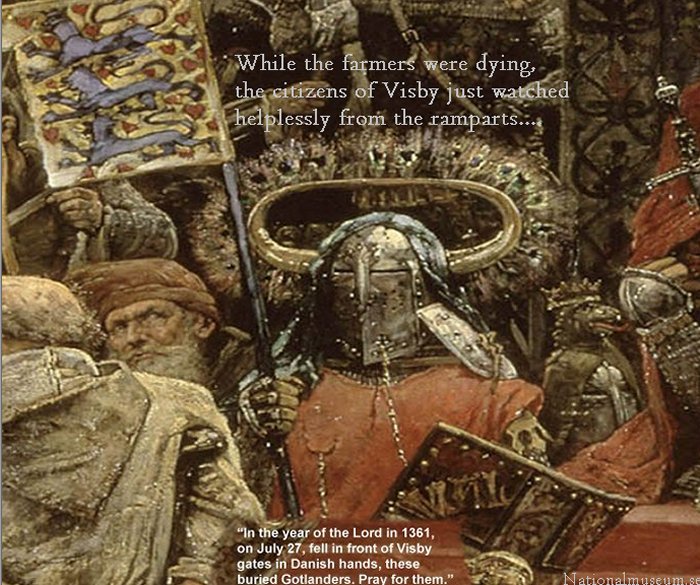 There are only a few ancient written sources that can tell about the Battle of Visby, Gotland. Archaeological excavations, on the other hand, have found out what happened these tragic days of July 1361. Five mass graves from this medieval battle have been found outside the city wall of Visby. The first one was excavated in 1905, and each grave has hundreds of victims. Between 1909 and 1928 two more mass graves were investigated.

Later investigations have shown that one-third of the Gotland's army were children, old men, and cripples.

While the farmers were dying, the citizens of Visby just watched helplessly from the ramparts.