AncientPages.com - In 1985, while walking along the long sandy shore at Scar on the north-western coast of the island of Sanday, a local farmer, the late John Dearness, discovered a number of bones and a small lead object, which was lying nearby.

However, at the time of the discovery he had no clue what it was.

The discovery that came to light after a furious storm that passed through the area, only a few days earlier, became one of Orkney's most important archaeological finds of the 20th. 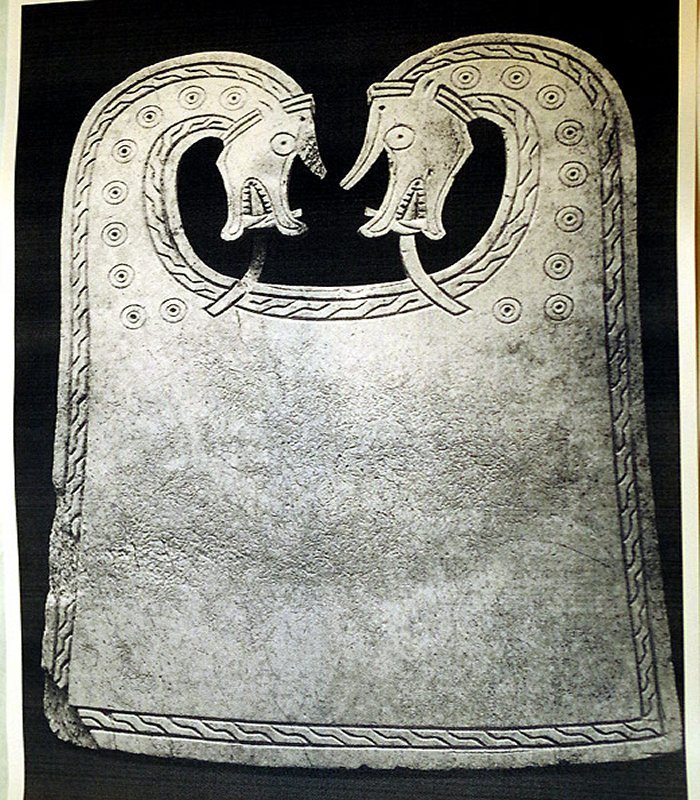 The artifact testifies to the skills of the unknown Viking craftsman, who made it. Credits: Orkney Museum, Kirkwall.

Later, the small artifact was recognized as a decorated whalebone plaque - now known as the Scar Dragon Plaque, a lead bullion weight once used by Norse traders to weigh gold and silver on a balance scale. The plaque proved to be the key to a 1,100 year old mystery.

A team of archaeologists that arrived to Sanday, unearthed a Viking boat burial at the site.

Although all wood of the boat had rotted away, the marks left in the sand by over 300 rusted iron rivets marked out the shape of the vessel that had carried its occupants to the Viking otherworld. 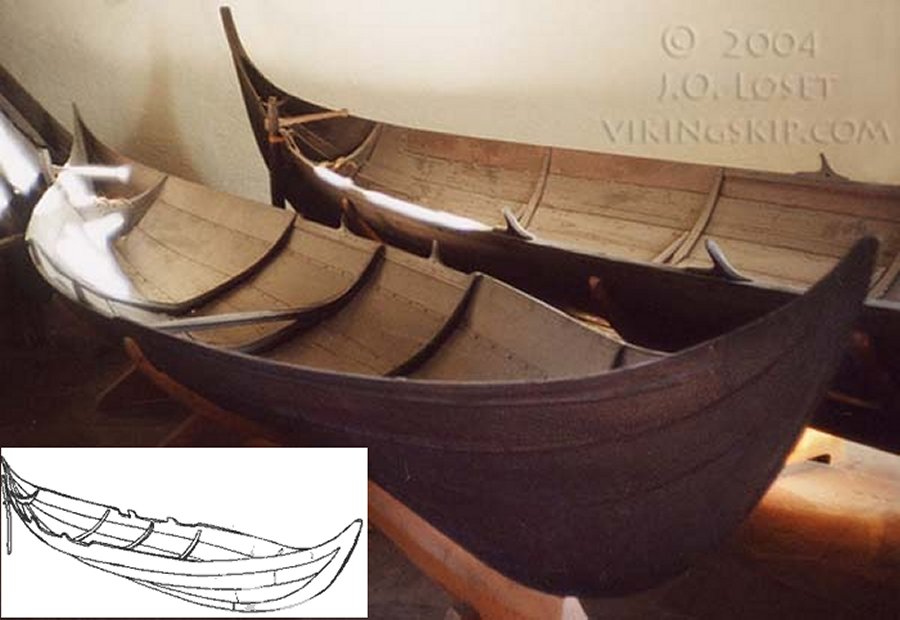 A Viking Faering, similar to the vessel used for the Scar burial.

The 6.5 meter- long boat had been a wooden, plank-built, oared rowing boat of a type known as a faering, but, by the time of the excavation, one side had already been washed away by the fierce tides.

The boat had been buried in a stone-lined pit - a pit, the excavations revealed, had been dug too big. Because of this, the vessel had been packed securely into position with stones. A stone wall had been built across the interior of the boat, forming a chamber of sorts and in this were the remains of three people - a man, a woman and a child.

Alongside the human remains, archaeologists found grave goods that were included to accompany the deceased into the afterlife.

Among the artifacts was a gilded brooch, an iron sword, a quiver containing eight arrows, bone combs, a set of 22 gaming pieces, a weaving sword, shears, two spindle whorls and the Scar Plaque-  approximately A4 in size - with the heads of the dragons.

On the basis of these artifacts and later radio-carbon dating, the grave was dated to between 875 AD and 950 AD.

The Viking boat burial finds are on display at the Orkney Museum, Kirkwall.