AncientPages.com -  An interesting question is when and where did we start playing football?

In fact, there are a number of references to traditional, ancient, or prehistoric ball games, played by indigenous peoples in many different parts of the world. The history of football stretches far back in time.  According to FIFA, the competitive game cuju is the earliest form of football for which there is scientific evidence 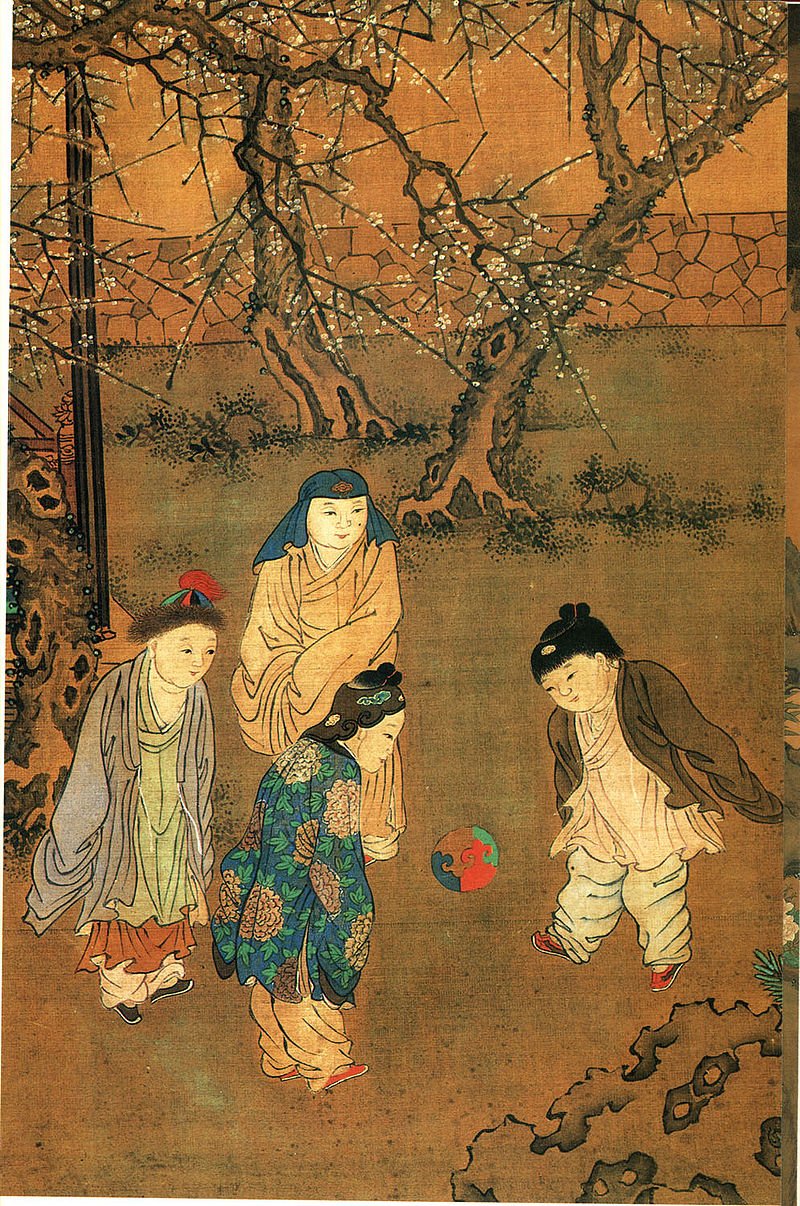 Cuju is an ancient Chinese ball game, Cantonese "chuk-ko". It is a competitive game that involves kicking a ball through an opening into a net. The first mention of cuju in a historical text is in the Warring States era Zhan Guo Ce, in the section describing the state of Qi.

It is also described in Sima Qian's Records of the Grand Historian (under Su Qin's biography), written during the Han Dynasty. A competitive form of cuju was used as fitness training for military cavaliers, while other forms were played for entertainment in wealthy cities like Linzi.

During the Han Dynasty (206 BC-AD 220), the popularity of cuju spread from the army to the royal courts and upper classes. It is said that the Han emperor Wu Di enjoyed the sport. At the same time, cuju games were standardized and rules were established. Cuju matches were often held inside the imperial palace. 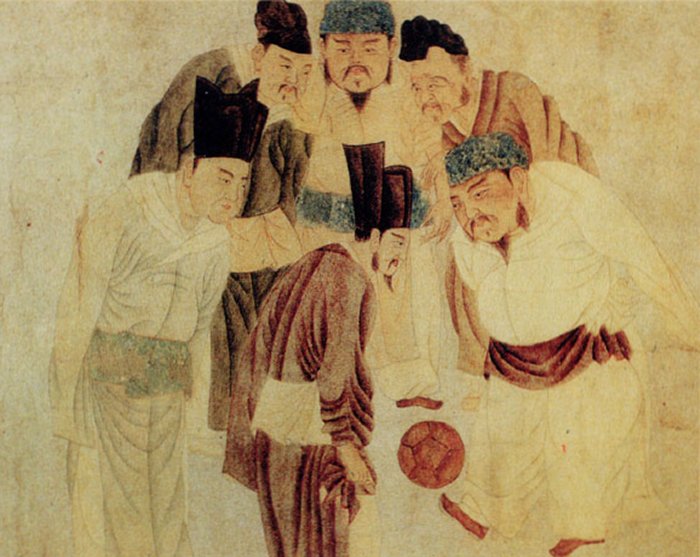 Later, the sport was improved during the Tang Dynasty (618-907). First of all, the feather-stuffed ball was replaced by an air-filled ball with a two-layered hull. The capital of Chang'an during this dynasty was filled with several cuju football fields, which were even established in the grounds of the palaces.

Soldiers who belonged to the imperial army and Gold Bird Guard often formed cuju football teams for the delight of the emperor and his court.

Also, two different types of goal posts emerged: One was made by setting up posts with a net between them and the other consisted of just one goal post in the middle of the field.  The level of female cuju teams also improved. Records indicate that once a 17-year-old girl beat a team of army soldiers. Cuju football even became popular amongst scholars and intellectuals, and if a courtier lacked skill in the game, he could pardon himself by acting as a scorekeeper.

During the Song Dynasty (960-1279), Cuju flourished thanks to social and economic development, and its popularity reached every class in society. There was only one goal post set up in the center of the field. Cuju organizations were set up in large cities called Qi Yun She or Yuan She - now known as the earliest professional cuju club - whose members were either cuju lovers or professional performers.

Non-professional players had to formally appoint a professional teacher and pay a fee before becoming a member.

Cuju began its decline during the Ming Dynasty (1368-1644) due to neglect, and the 2,000-year-old sport slowly faded away. Now it is coming back again, gaining more and more popularity.

Modern football has its origin in the streets of medieval England. Neighboring towns would play each other in games where a heaving mass of players would struggle to drag a pig’s bladder by any means possible to markers at either end of town. Football became so violent in England it was banned by the king for more than 300 years.