AncientPages.com - Located in Alexandria, Egypt the catacombs of Kom el Shoqafa is one of the Seven Wonders of the Medieval Ages. It’s an archaeological site of great importance.

The tombs were tunneled into the bedrock in the age of the Antonine emperors (2nd century A.D.) The catacombs were originally intended as a burial chamber for only one family, but the privately funded project was expanded to allow for many more people. 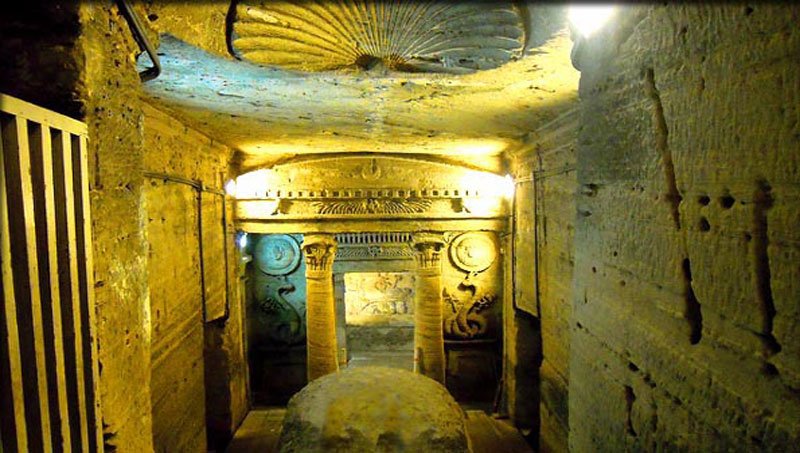 The necropolis consists in fact of a series of Alexandrian tombs, statues and archaeological objects of the Pharaonic funeral cult with Hellenistic and early Imperial Roman influences.

Kom el Shoqafa means Mound of Shards. This is because the area used to contain a mound of shards of terra cotta which mostly consisted of jars and objects made of clay. These objects were left by those visiting the tombs, who would bring food and wine for their consumption during the visit. However, they did not wish to carry these containers home from this place of death so they would break them.

The Catacombs reach 100 feet down into the ground into solid rock.

The tombs are truly remarkable and their existence testifies of is engineering feat of great magnitude. The funerary motifs are pure ancient Egyptian, but the architects and artists were schooled in the Greco-Roman style. Applied to the themes of Ancient Egyptian religion, it has resulted in an amazing integrated art, quite unlike anything else in the world. For example, some statues are Egyptian in style, yet bear Roman clothes and hair style whilst other features share a similar style. 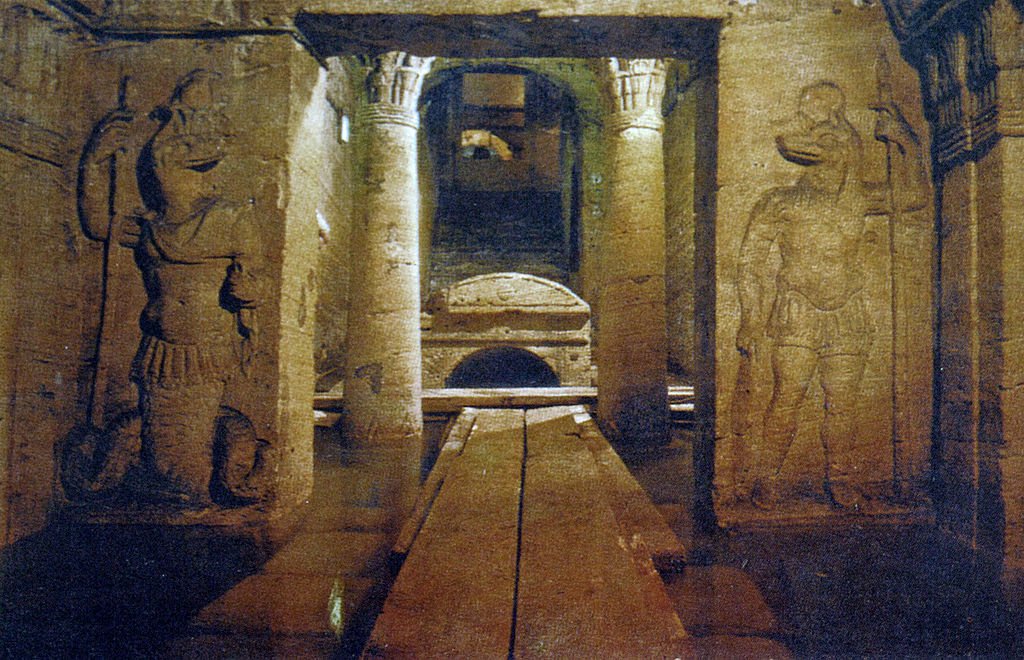 When you enter the catacombs of Kom el Shoqafa there is a circular staircase that takes the visitor several levels deep into the ground. To the left is the room where mourners of the deceased would sit and bring offerings. Another staircase leads down to a room full of sculptures. 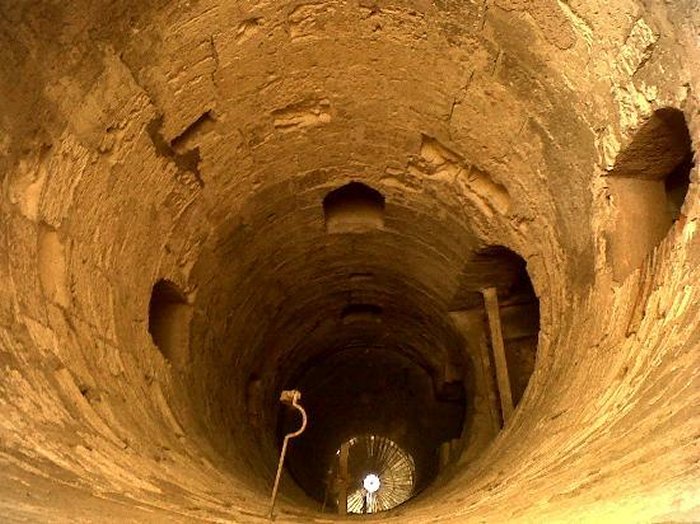 On the first level there is a hallway that leads to room called the Hall of Caracalla. It’s a mass burial chamber. Although this room was not intended to be a tomb it does contains horse bones and the bones of young Christian men massacred by order of the Emperor Caracalla in 215 A.D. as well as horse bones. 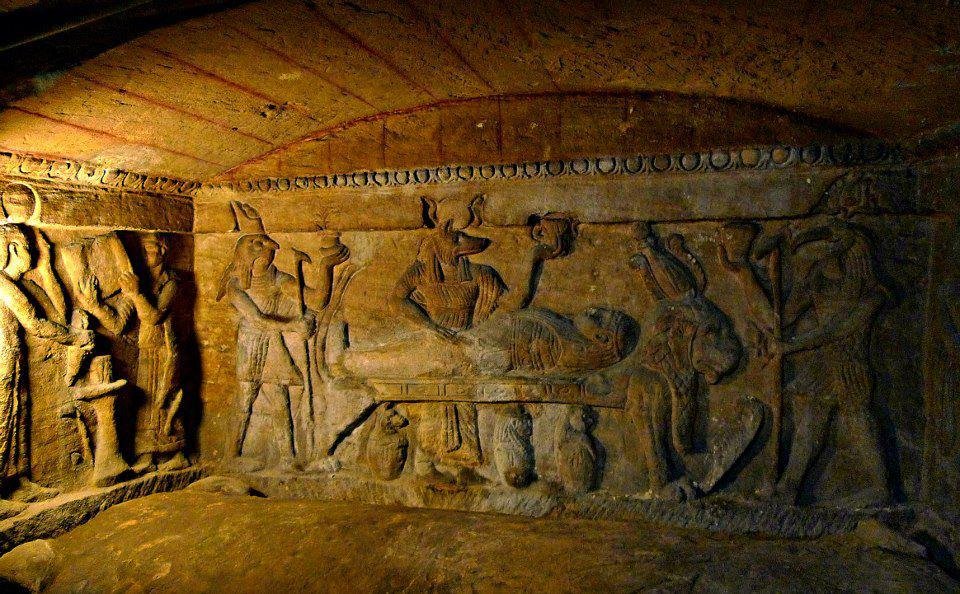 The vestibule and central tomb chamber are the main chambers. They are lit by a single electric light bulb that throws the chamber into green, a perfect staging for that composite art. In the center of the facade, the familiar solar disk is carved below frieze of serpents. Left and right are two serpents wearing the crowns of upper and Lower Egypt.

Three sarcophagi have been found in the Catacombs. The catacombs of Kom el Shoqafa are evidence of three cultures, religions and art that came together on Egyptian soil.