AncientPages.com - Bocca della Verità is an ancient stone mask that once served as tool to determine if a person was lying or telling the truth. The name means in English “the Mouth of Truth” and the superstition that the stone face can judge a person’s honesty is still alive among some people. 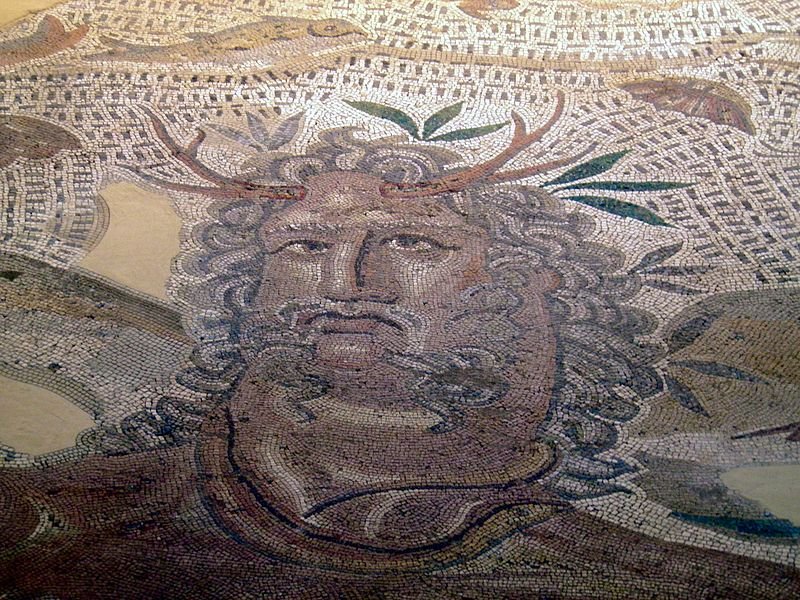 Located just outside the doors of the Paleochristian church of Santa Maria in Cosmedin, at the foot of the Aventine Hills, Italy, the ancient carving has become famous over the years.

Its fame is mostly due to the macabre legend associated with the mask. According to ancient beliefs “the Mouth of Truth” bites the hands of liars.

Unknown origin of “the Mouth of Truth”

The massive marble mask weighs about 1300 kg and probably depicts the face of the sea god Oceanus. The eyes, nostrils and mouth are open.

Historians are uncertain of the original purpose of the disc. It was possibly used as a drain cover in the nearby Temple of Hercules Invictus, which had an oculus - a round open space in the middle of the roof, similar to that of the Pantheon, hence it could rain inside.

The legend of “the Mouth of Truth”

Starting from the Middle Ages, it was believed that if one told a lie with one's hand in the mouth of the sculpture, it would be bitten off. There was also a medieval legend about a rich wife of a Roman noble was accused of adultery. 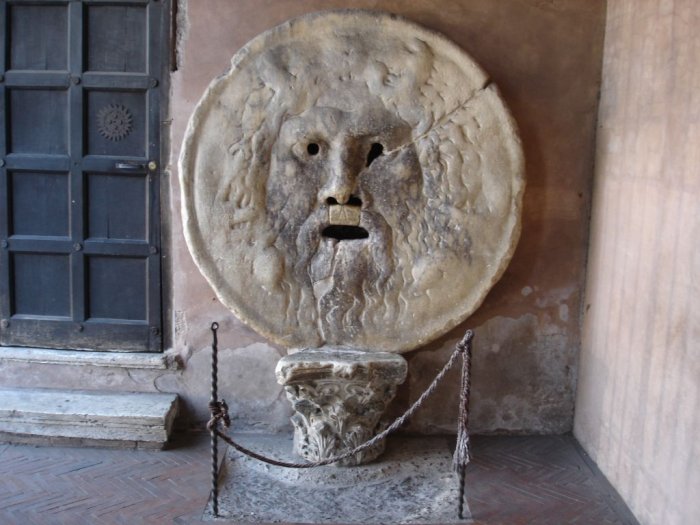 The woman denied the accusations, but her husband wanted to put her to the test by making her hand inside the stone mouth. Knowing perfectly well that she was lying, the woman used a very clever strategy. In front of a group of curious bystanders who had gathered around the Mouth of Truth, the man who was actually her lover embraced her and kissed her. She pretended that she didn't know him and accused him of being a madman and the crowd chased him away.

When she put her hand into the mouth, the woman declared that she had never kissed any other man apart from her husband and the poor madman who had just kissed her. In this way she was certain that she hadn't lied and her hand was saved.

The betrayed husband saved her honor, but the Mouth of Truth lost its credibility and it is said that since that day it no longer carried out its function as a right and unappeasable judge. 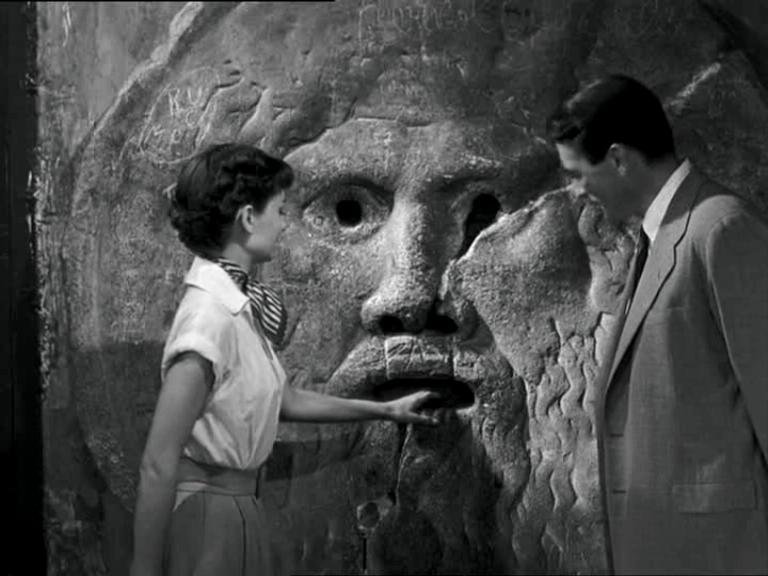 The Mouth of Truth is known to English-speaking audiences mostly from its appearance in the 1953 film Roman Holiday. The film also uses the Mouth of Truth as a storytelling device since both Hepburn's and Peck's characters are not initially truthful with each other.

This ancient mask has never lost its popularity. Even today, it is the cause of queues of tourists who line up outside the beautiful Paleochristian church of Santa Maria in Cosmedin. Many are eager to put their hands in the mouth and some hesitate in the last minute.

Curiously, there is a similar sculpture of a lion in Mahabalipuram, Tamil Nadu, India that, according to local lore, bites off one's hand if a lie is told.

It seems that these quite bizarre lie detectors were popular in ancient times.

A view on cities