A. Sutherland - AncientPages.com - In Mesopotamian mythology, Gilgamesh is a demigod of superhuman strength who built the city walls of Uruk to defend his people from external threats, and traveled to meet the sage Utnapishtim, who had survived the Great Deluge.

Gilgamesh is usually described as two-thirds god and one-third man and is said to have lived an exceptionally long life. The Sumerian King List records his reign as 126 years. 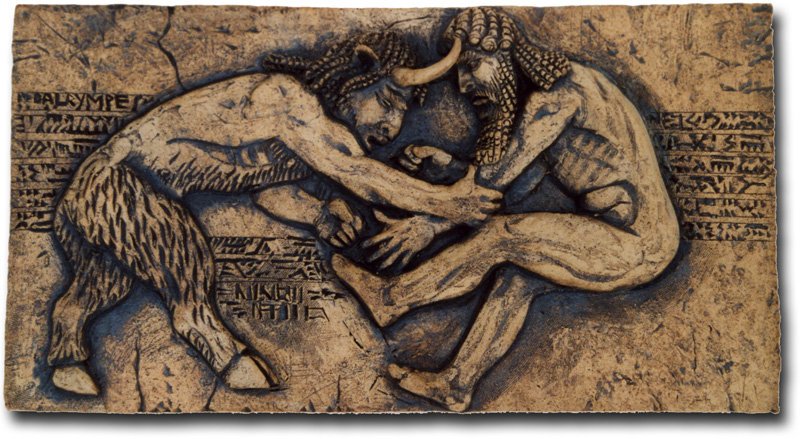 The humans would turn their backs on the gods if they did not tame Gilgamesh so the gods created the King a massive playmate, Enkidu; part-man, part-beast. Image credit: Project Gilgamesh

Known as 'Bilgames’ in the Sumerian, 'Gilgamos’ in Greek, and associated closely with the figure of Dumuzi from the Sumerian poem The Descent of Inanna, Gilgamesh is widely accepted as the historical 5th king of Uruk whose influence was so profound that myths of his divine status grew up around his deeds and finally culminated in the tales found in The Epic of Gilgamesh.

The Walls Of Uruk

According to the Sumerian King List, Uruk was founded by King Enmerkar around 4500 BC. It was the largest settlement in southern Mesopotamia, if not the world.

It was a true city dominated by monumental mud-brick buildings decorated with mosaics of painted clay cones embedded in the walls, and extraordinary works of art. 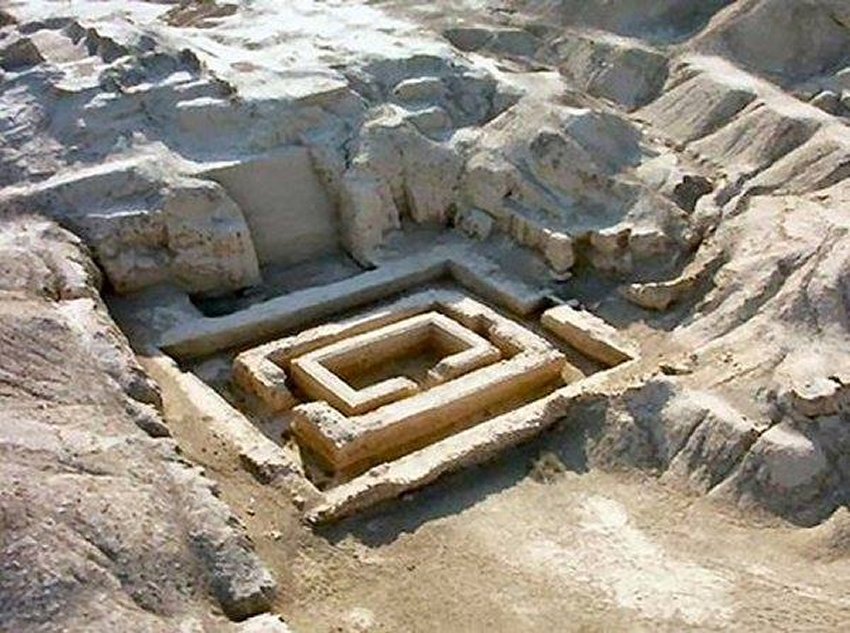 Large-scale sculpture in the round and relief carving appeared for the first time, together with metal casting using the lost-wax process.

At this time Uruk was surrounded by a massive wall, which according to tradition was built on the orders of King Gilgamesh who was later remembered as a great hero.

In the context of the ancient king who built them, they represent the immortality he achieved through his acts. The walls of Uruk symbolize the great accomplishments of which mortals are capable.

Gilgamesh – An Ancient Hero Whose Deeds Live On

In The Epic of Gilgamesh, the great king is thought to be too proud and arrogant by the gods and so they decide to teach him a lesson by sending the wild man, Enkidu, to humble him. Enkidu and Gilgamesh, after a fierce battle in which neither are bested, become friends and embark on adventures together.

When Enkidu is struck with death, Gilgamesh falls into deep grief and, recognizing his own mortality through the death of his friend, questions the meaning of life and the value of human accomplishment in the face of ultimate extinction. 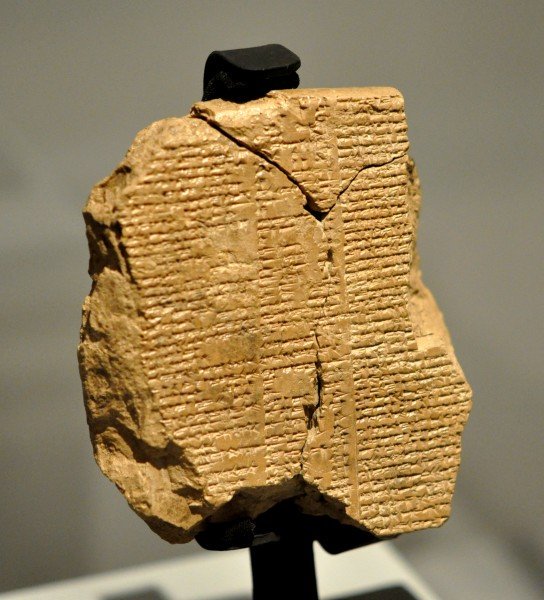 A newly discovered partially broken tablet V of the Epic of Gilgamesh: "the episode of the journey of Gilgamesh and Enkidu." Image credit: Osama Shukir Muhammed Amin

Casting away all of his old vanity and pride, Gilgamesh sets out on a quest to find the meaning of life and, finally, some way of defeating death. In doing so, he becomes the first epic hero in world literature. The grief of Gilgamesh, and the questions his friend's death evoke, resonate with every human being who has wrestled with the meaning of life in the face of death.

Although Gilgamesh ultimately fails to win immortality in the story, his deeds live on through the written word and, so, does he.

Gilgamesh became the hero of many later stories and epics.