AncientPages.com - The Viking Age (ca. 800 to 1050) was a time of increased contact with other countries. People from Scandinavia plundered and traded in foreign countries.  They brought home jewels, clothing, silver, gold, coins and other costly objects. 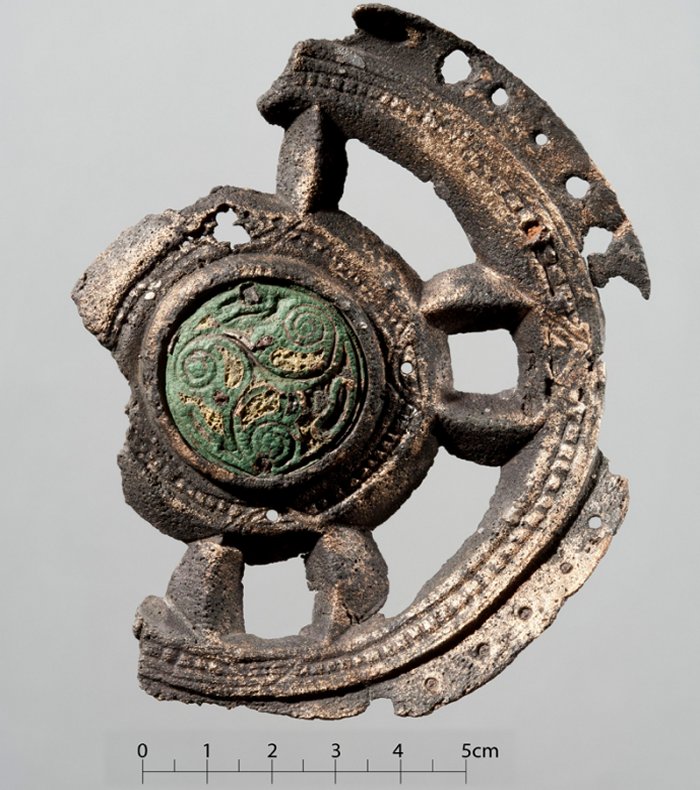 Mounting, probably from a religious object, produced in Ireland in the 8th century. The mounting has traces of modifications and was probably used as a brooch. It was found in a woman’s grave from the first part of the 9th century, in Oppland, Norway. Copyright: Museum of Cultural History

These objects include buckles, necklaces, coins, belts and pearls from the British Isles, from the European Continent and from along the eastern trade routes to Asia via the Baltic Sea.

“Throughout the whole Viking Age, people were eager to display these exotic objects. The ninth century in particular was a time when large quantities of imported objects were refashioned into jewelry for women. Coins were turned into necklaces in big strings of pearls," according to researcher.

"Fittings from harnesses for horses and parts of holy reliquaries and books were used as buckles for clothing and thereby assumed new functions and attained a different significance in Scandinavia.”

The objects show signs of both wear and reworking. These traces show that certain groups of objects were remodeled by local craftsmen, whereas others were reworked by professional metalsmiths who had long experience with this kind of work. 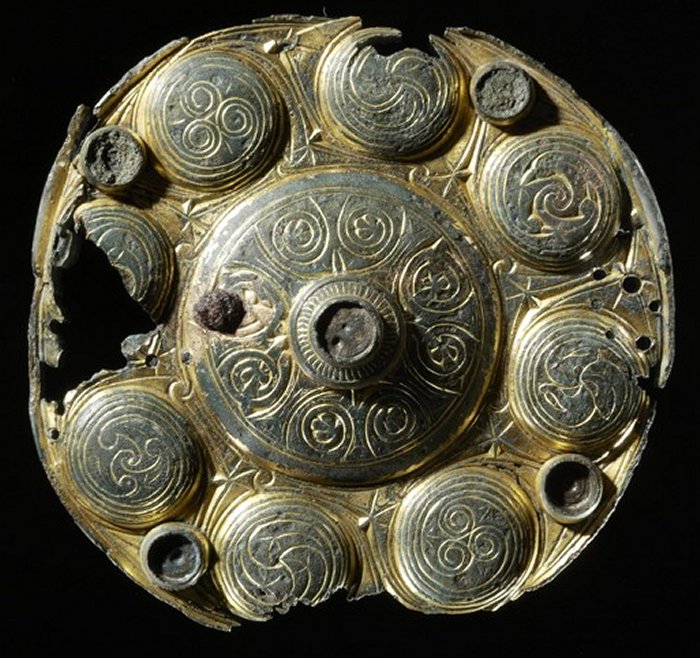 Mounting from a reliquary, produced in Northumbria in the 8th century. The mounting have been modified and was used as a brooch. It was found in a woman's grave from the second part of the 9th century, in Buskerud, Norway. Copyright: Museum of Cultural History

The different traces indicate social disparities, but the way in which the jewels are used indicates a common understanding throughout all of Scandinavia of the importance of the imported objects.

In her paper, Aannestad interprets the importance of the imported objects in light of cultural and ideological conditions in Norse society. When so many objects have been refashioned into clothing accessories, it indicates that it was very important to be seen wearing these objects. Norse literature describes travels to remote places. In many cases, the journey amounted to a kind of coming-of-age ritual, a transitional period between childhood and adulthood.

The political circumstances in the Viking Age were unstable and power was in the hands of individuals. The prestige that was accorded to those who had been on journeys to foreign lands was significant in social and political proceedings. The fact that the imported objects were used as personal adornment attests that they signaled the individual’s or the clan’s status and prestige.

The practice of refashioning exotic objects into jewelry for women disappeared in the latter part of the Viking Age. This development suggests that Scandinavians had gained a greater understanding of how the objects were originally used. Archaeological complexes with many imported objects tell us that the Scandinavians were steadily developing more stable relations with foreign countries. The way that the use of imported objects developed shows that Scandinavia and foreign countries were coming culturally and ideologically closer during the Viking Age.