Ellen Lloyd - AncientPages.om - The Emerald Tablet, also known as the Smaragdine Table, or Tabula Smaragdina, is an ancient artifact, of which the original source is unknown.

The tablet is part of the Hermetica and is one of the most revered magical documents in Western occultism.

It reveals a profound spiritual technology that has survived to this day despite many efforts to suppress it. 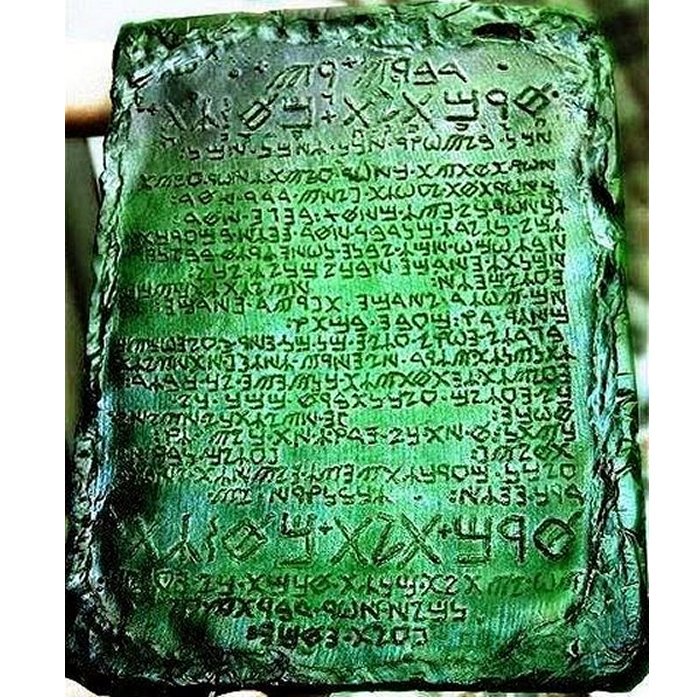 The Emerald Tablet is considered an ancient time-capsule of wisdom for many future generations and influenced humanity's myths and religious traditions.

Its mysterious words express a powerful formula that influences all levels of reality at once - the mental, the physical, and the spiritual - and show us how to achieve personal transformation and even accelerate the evolution of our species.

The tablet’s true origin is lost in ancient legends that go back more than 10,000 years, and one of such legends says that the artifact was discovered in a caved tomb, clutched in the hands of the corpse of Hermes Trismegistus but legends differ on the discoverer. 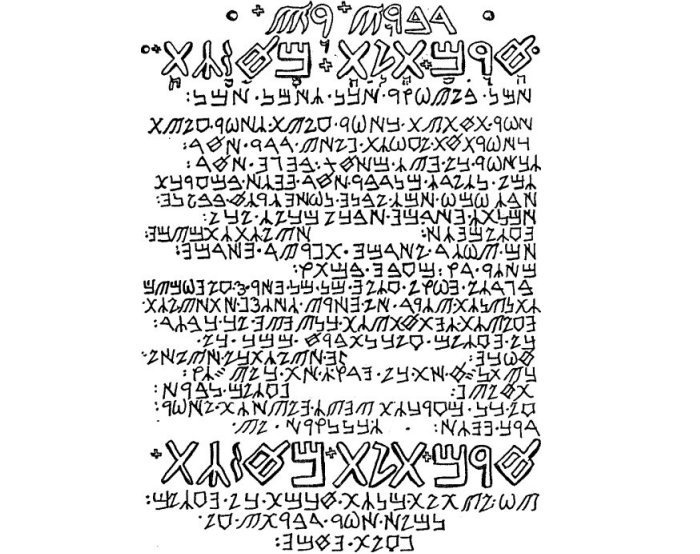 And as all things are from the One, by the meditation of One, so all things have their birth from this One Thing by adaptation. The Sun is its Father, the Moon its Mother, the Wind carries it in its belly, its nurse is the Earth. This is the Father of all perfection or consummation of the whole world. Its power is integrating, if it be turned into earth.

Some say it was Sarah, the wife of Abraham. Another says it was Apollonius of Tyana.

The stone - molded out of a single piece of green crystal - is inscribed in Phoenician and reveals the magical secrets of the universe.

Several Arabic versions that claim the original text was in ancient Syriac (a dialect of the Aramaic language spoken by Assyrians, in northern Mesopotamia).

The first Latin translation of the text appeared in the 12th century, and multiple other translations have been made since then (including one by Sir Isaac Newton). 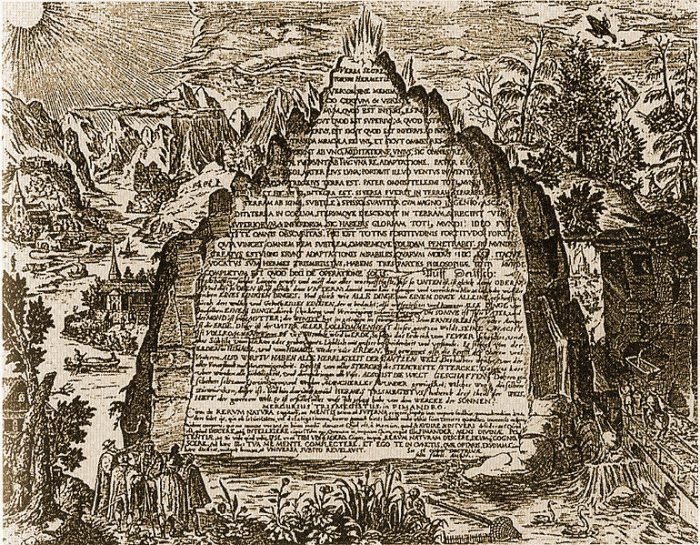 An imaginative 17th-century depiction of the Emerald Tablet from the work of Heinrich Khunrath, 1606. Photo: Wikipedia

It was also translated into Greek by scholars from Alexandria and put on display in Egypt in 330 BC. None of the translations is identical.

Around the year 400 AD, it was reported hidden somewhere on the Giza plateau. Is it perhaps still hidden there?

"The history of the Emerald Tablets is strange and beyond the belief of modern scientists. 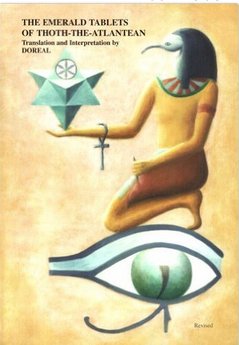 Their antiquity is stupendous, dating back some 36,000 years B.C. The author is Thoth, an Atlantean Priest-King who founded a colony in ancient Egypt, wrote the Emerald Tablets in his native Atlantean language which was translated by Dr. Michael Doreal.

This edition of the Emerald Tablets is unique in that it includes both the translation and interpretation by Dr. Doreal.

Because of the tablet's reference to Egypt and sacred geometry they became a priority reference for those studying the Flower of Life and the Merkaba meditation.

As requested by the Flower of Life Organization, this edition offers Dr. Doreal's translation and interpretation in a side-by-side study format. Read more

The most significant part of The Emerald Tablet is as follows:

Therefore, "This is the foundation of astrology and alchemy: that the microcosm of mankind and the earth is a reflection of the macrocosm of God and the heavens."

Are The Ten Commandments Based On The Forty-Two Principles Of Maat That Appeared 2,000 Years Earlier?

Although most of the works of the Hermetica have disappeared or been destroyed over the centuries, practically the entire system of traditional and modern magic was based upon the Emerald Tablet in cryptic wording.

It was highly regarded by European alchemists as the foundation of their art and its Hermetic tradition.

The authorship of this remarkable message from the past still remains a mystery, although philosophers have worked for centuries to prove its authenticity and to interpret its cryptic words.

Did exist only one slab of emerald carved with mysterious formulae or perhaps some others too? Do we ever find them? Do their origins really date back to an ancient, pre-flood era?