A. Sutherland - AncientPages.com - Astronomical events like eclipses and supernovae were often hailed as religious signs. Throughout history, lunar eclipses have been held to be responsible for lost battles and many other tragic events on Earth.

Lunar eclipses are rare events, although not as rare as solar eclipses, because unlike solar eclipses they can be viewed from anywhere on the dark side of the Earth. Solar eclipses, known as chi' ibal kin, or "to eat the sun," were a particular cause for distress among the Maya people. 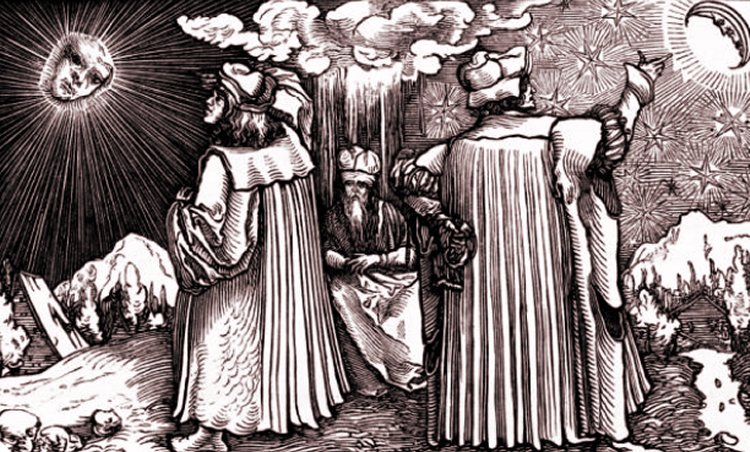 In ancient times,peoples believed that the eclipse was a bad omen, a sign of gloom and doom. However, those who had knowledge of the eclipse schedule and could predict it – were very powerful. ©iStockphoto.com/wynnter

Eclipses can be terrifying events for those who do not understand the basic reasoning behind the occurrence, and so being prepared for them was important.

The darkening of the sun or moon was believed to be the work of dark forces in the universe that was always present. To lessen their fears, they made up stories to explain an eclipse.

According to Norse legend, a giant sky wolf named Skoll chased the moon; his brother, named Hati, chased the sun. If either caught its prey, an eclipse resulted. Also, the Vikings saw a pair of sky wolves chasing the sun or the moon, according to a legend.

In Chinese myth, a dragon was trying to eat the moon. The Chinese word for eclipse, "shih," means "to eat." To frighten away the dragon, people shouted and beat drums.

Also in China, Emperor Zhong Kang is said to have beheaded two astronomers who failed to correctly predict an eclipse 4000 years ago. 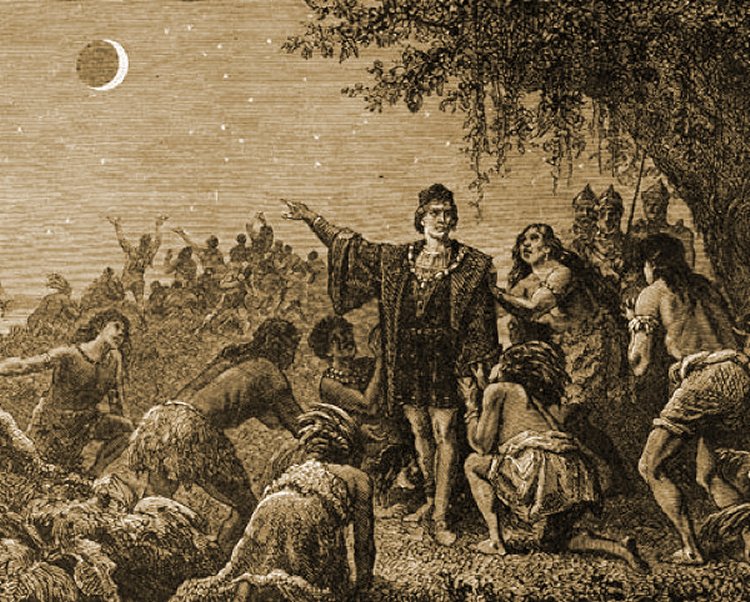 Through incantations, herbs, sacrifice - whatever it took, this wise person would fight the forces of darkness. Then, when the eclipse passed and the sun or moon returned to its rightful place, the wise person's prestige and power grew.

In Vietnamese folklore, we read that a frog ate the moon during an eclipse. In Korean mythology, fire dogs constantly tried to steal the sun or the moon. When the fearsome dogs took a bite, an eclipse resulted.

This eclipse happened during Second Battle of Syracuse in 414 BC. Just as the Athenians were preparing to sail home, there was a lunar eclipse, and Nicias, described by Thucydides as a particularly superstitious man, asked the priests what he should do.

The priests suggested the Athenians wait for another 27 days, and Nicias agreed. The Syracusans took advantage of this, and 76 of their ships attacked 86 Athenian ships in the harbor. The Athenians were defeated and Eurymedon was killed. Many of the ships were pushed up on to the shore, where Gylippus was waiting.

He killed some of the crews and captured 18 beached ships, but a force of Athenians and Etruscans forced Gylippus back. Plutarch described this eclipse and the superstitious response:

"And when all were in readiness, and none of the enemy had observed them, not expecting such a thing, the moon was eclipsed in the night, to the great fright of Nicias and others, who, for want of experience, or out of superstition, felt alarm at such appearances..." 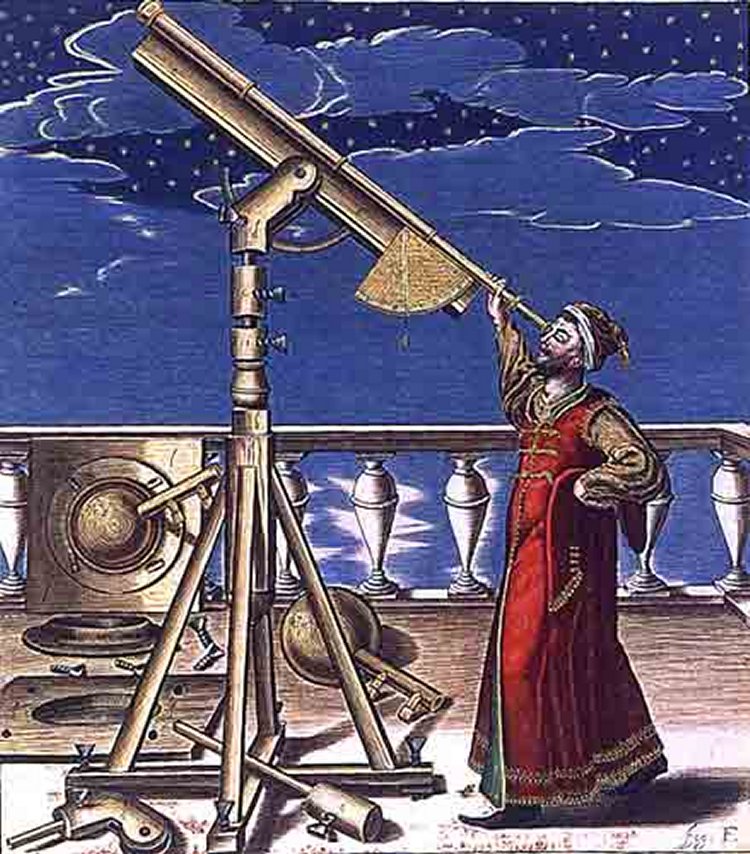 When the eclipse occurred, the natives were astounded and, of course, fed the great man who could control the light of the moon.

The other common recourse was to turn to the wisest person in the village for an answer. Through incantations, herbs, sacrifice - whatever it took, this wise person would fight the forces of darkness. Then, when the eclipse passed and the sun or moon returned to its rightful place, the wise person's prestige and power grew.

Both the Babylonians and the Assyrians were able to predict lunar eclipses. They used a simple method that made future predictions based on past observations. Several cuneiform tablets list a series of lunar eclipses and mark time between successive events.

That power increased when a person could predict this horror - and appear to fight it off. Thus, knowledge of the eclipse schedule became very valuable. If the viewer knows the date of one solar eclipse, it's possible to predict others. An eclipse period lasts 6,583 days, a little over 18 years.

After this period, a practically identical eclipse series will occur. Possessing this knowledge, a person could appear to have the power to control the events playing out in the heavens - to conquer chaos itself.

In 1504, Christopher Columbus used this information to his advantage when his ship ran aground off Jamaica. The local Taino people fed him and his crew for months while the Spaniards tried to repair the ship, but after a while, the locals grew tired of the endless provisioning.

Columbus threatened to take away the moon if the locals didn't keep feeding his crew. When the eclipse occurred, the natives were astounded and, of course, fed the great man who could control the light of the moon.