A. Sutherland - AncientPages.com - Among the numerous deities of the Slavic peoples of central Europe, the most prominent place was occupied by Svantevit, the war god also known as (Svetovit, Sventovit).

Svantevit was depicted with four necks and four heads, two of them facing in front and two behind. Multiple heads were the most important feature of the Slavic pantheon of gods.

It is believed that Svantevit’s four heads stand for the four sides of the world that this all-seeing god is looking at. 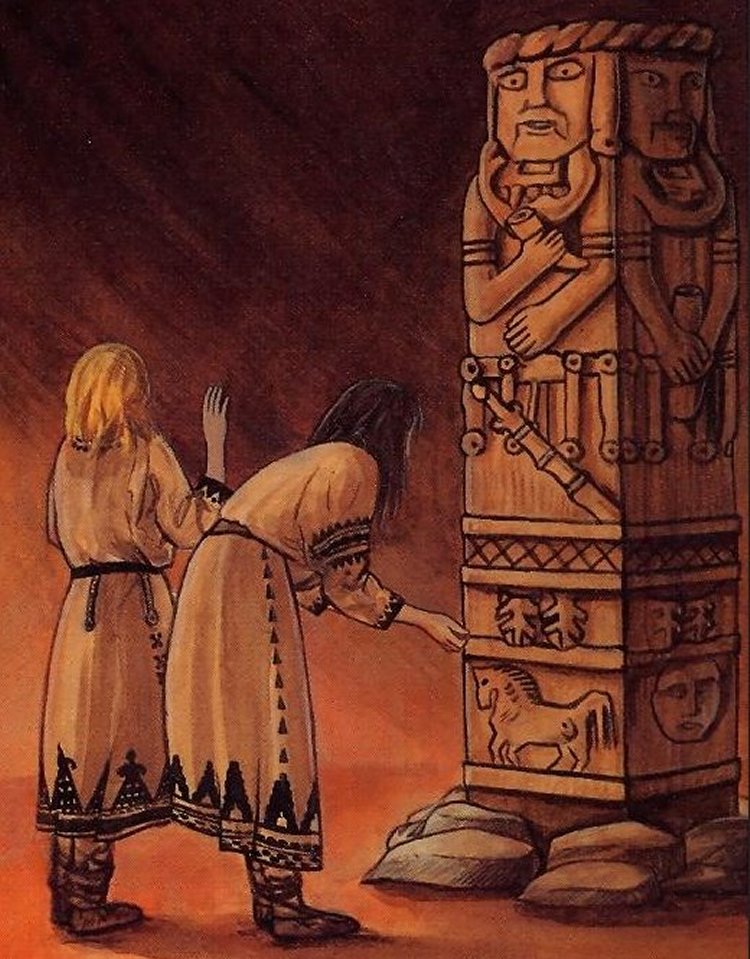 Svantevit was the war god of the Slavic peoples of central Europe. His temple at Arcona on the Baltic island of Rugen was destroyed by King Valdemar of Denmark.

It is believed that Svantevit may also have been worshipped as a supreme deity and seen as a father to other gods.

His attributes were a sword, a bridle, a saddle, and a white horse. His worshipers believed that the god would mount a sacred white horse and ride out at nights against those who denied his divinity. In the morning the horse was often discovered to be covered in sweat. 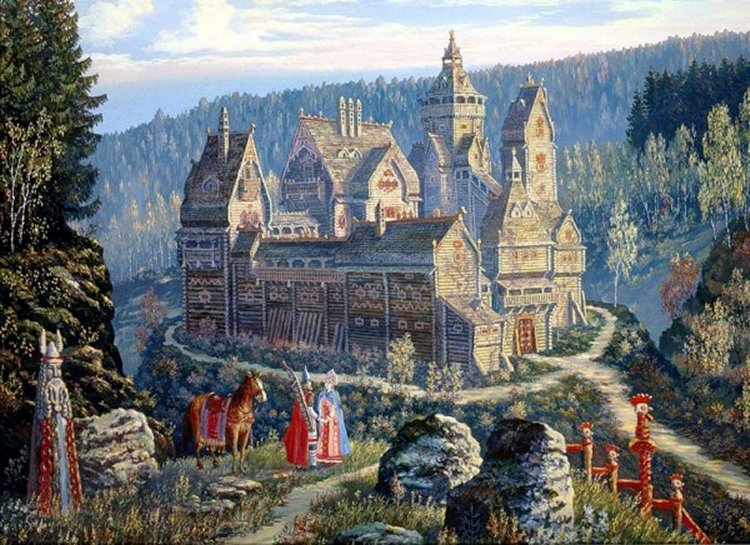 Arkona — the ancient temple of the Slavic people

Svantevit possessed several major temples, which were under the care of an inferior class of priests, each with a guard of more than a hundred men.

It is believed that Svantevit may also have been worshipped as a supreme deity and seen as a father to other gods.

The center of his worship was in Arkona (Arcona) - the ancient temple of the Slavs built on a high rocky shore of the Baltic island of Rugen, Germany. 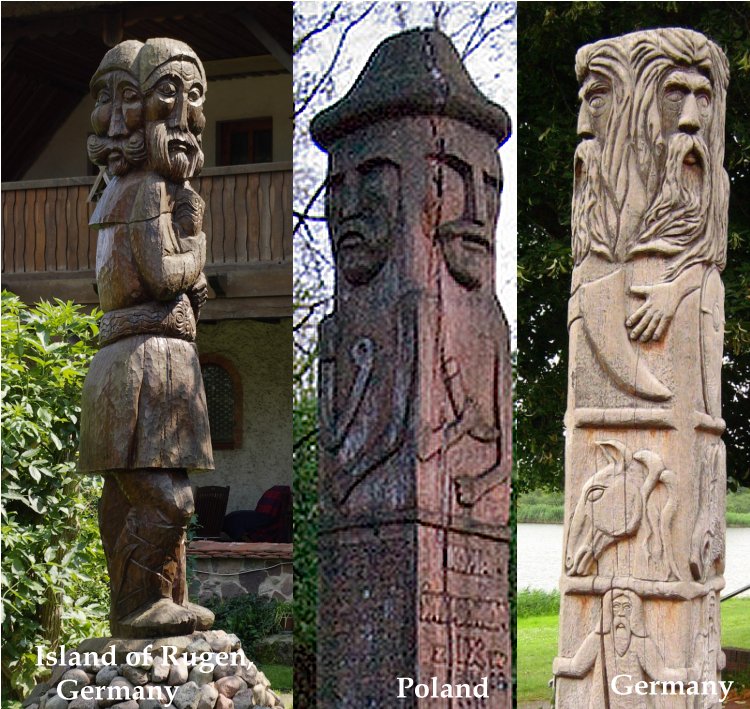 In Slavic mythology, a four-headed war god. His attributes were a sword, a bridle, a saddle, and a white horse. Svantevit possessed several major temples, each with a guard of more than a hundred men.

Within the sanctuary, which was enclosed by two fences, arose a gigantic statue of Svantevit that was nearly thirty feet in height.

Later his temple at Arkona was destroyed by King Valdemar of Denmark and his Christian adviser Absalon in 1169 but the Danish King conquered Arkona after strong resistance.

He first seized the treasure of the temple and then ordered the destruction of the sanctuary. A vast multitude of the native inhabitants gathered, expecting every moment that Svantevit would appear and annihilate their enemies, but he never came.

Finally, even his statue was torn down, and it was a very ominous sign for many of Svantevit’s worshippers.

They believed that the demon was involved in the temple’s destruction and left the four-headed god’s statue in the shape of a black animal, which disappeared before the eyes of the spectators.