AncientPages.com - Many fascinating archaeological findings have been reported by Polish archaeologists excavating at Old Dongola, the capital of a lost medieval kingdom that flourished in the Nile Valley.

Among them, there is an enigmatic 900-year-old crypt covered with "magical" inscriptions protecting the tomb in a monastery at Old Dongola, Sudan.

Old Dongola was an important city in medieval Nubia - today, a deserted town in Sudan located on the east bank of the Nile opposite the Wadi Al-Malik. 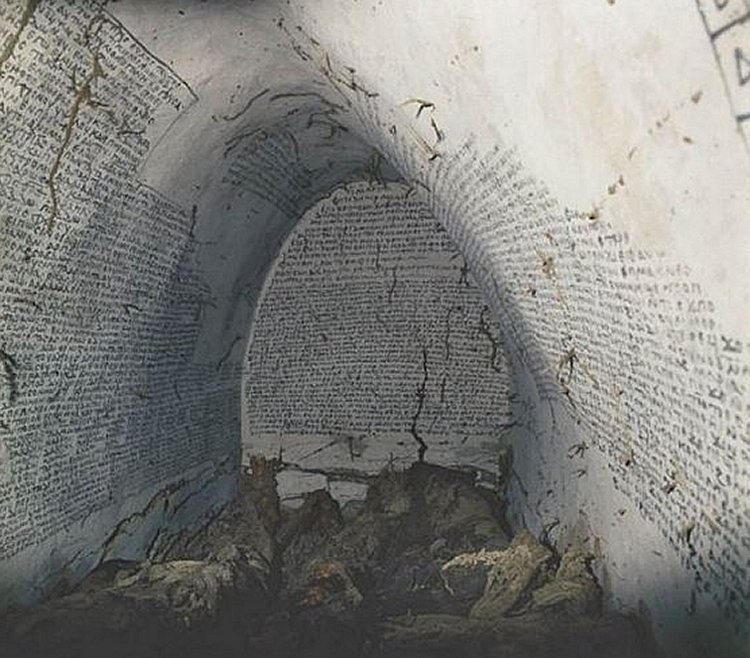 It was in al-Ghazali in Northern Sudan that Polish archaeologists discovered unique church in Byzantine monastic architecture, a large number of fragments of funerary stelae and inscribed vessels.

Al-Ghazali - an oasis in Bayoudah desert, a few kilometers away from Merowe town in Northern Sudan, is a fascinating place that contains relics of the Christian era. It's one of two known religious complexes in medieval Nubia, located outside the Nile Valley.

The monastery is located in Wadi Abu Dom - valley temporarily filling with water that crosses the desert Bayuda, once was the busiest trade route in the north-east Africa. 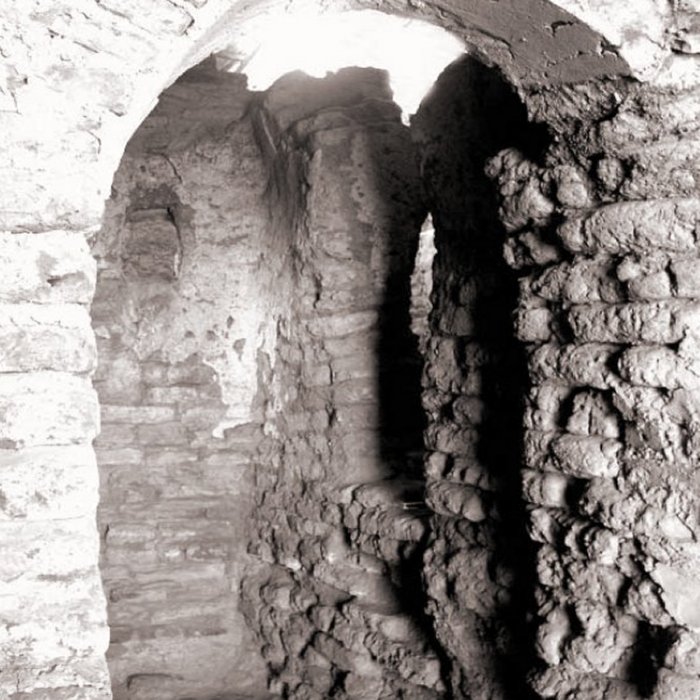 Later vestibule in the northwestern corner of room 6, on right, a small doorway - the latest doorway exiting the chapel in room 6. Photo W. Chmiel

It is now ruined and abandoned. It has not yet been determined when the monastery began to function, but it is known that it functioned until the thirteenth century.

Inside the tomb were seven male mummies, all dressed very simply in linen clothing.

One of the mummies resting inside the tomb is believed to be Archbishop Georgios, an extremely powerful religious leader in the ancient Makuria kingdom. 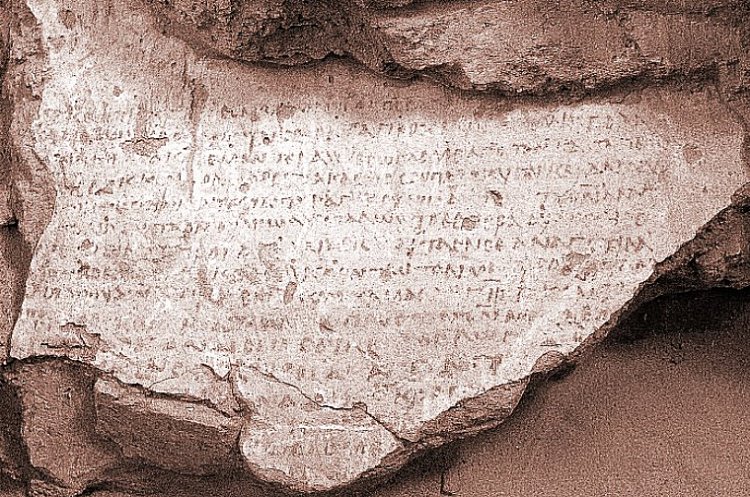 Fragment of Psalm 29 found on a piece of fallen plaster from the walls of room 6 in the SW Annex. Photo: W. Chmiel.

Historians think he died in AD 1113 at the age of 82. The other six mummies are believed to be males not older than 40 years.

It was not an easy task to locate the crypt. "The entrance to the chamber was closed with red bricks bonded in mud mortar," explains Wlodzimierz Godlewski, the current director of the Polish Mission to Dongola.

The crypt appears to have been sealed after the last of the burials took place.

Inside the crypt, archaeologists discovered inscriptions on the walls and ceiling. These were written with black ink on a layer of whitewash and have been identified as Greek and Sahidic Coptic. 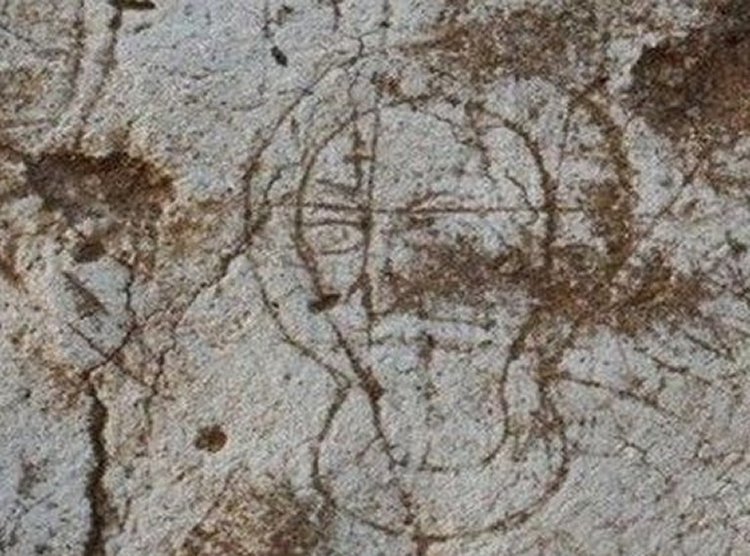 Some were excerpts from the gospels of Luke, John, Mark and Matthew, as well as magical names and signs.

A prayer given by the Virgin Mary, at the end of which death appears to her 'in the form of a rooster' was also uncovered.

The inscriptions written by "Ioannes," who left a signature on three and possibly four of the walls had a specific purpose. According to archaeologists the inscriptions served as protection for the deceased against evil powers.

They were 'intended to safeguard not only the tomb, but primarily those who were buried inside of it during the dangerous liminal period between the moment of dying and their appearance before the throne of God,' wrote Adam Lajtar of the University of Warsaw, in the journal Polish Archaeology in the Mediterranean. 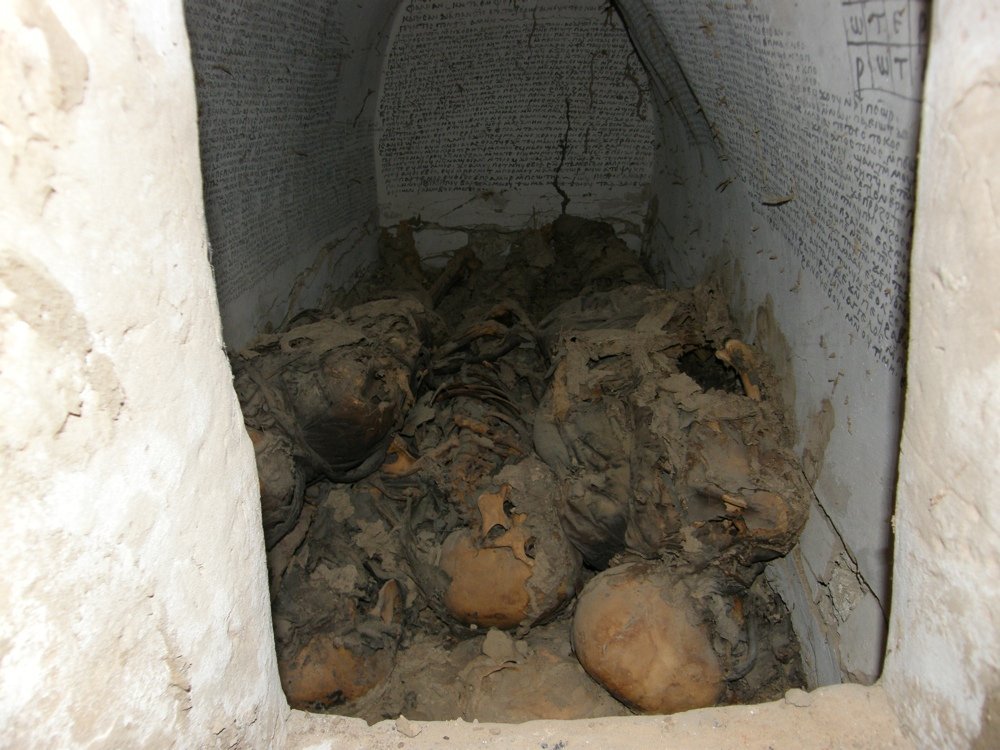 The crypt was first found in 1993 by the Polish Mission to Dongola. Research to understand the inscriptions are ongoing and a complete record of the texts is to be revealed in the near future.

"It is hard work. The inscriptions are preserved much more poorly than the drawings.

Sometimes I spend many hours on few letters without any result. And sometimes a beam of light illuminating the inscription for a few seconds in the right way allows me to read all the text that previously was unreadable", according to Dr. Grzegorz Ochala from the Department of Papyrology, University of Warsaw. 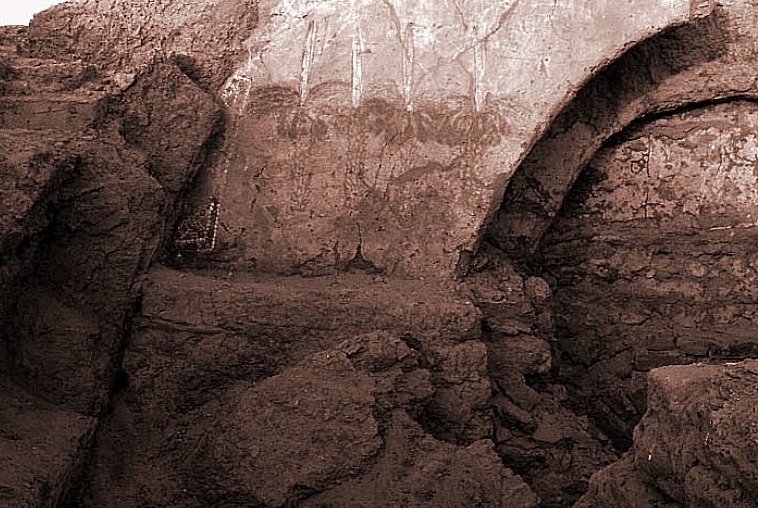 Arcade above the entrance from the west with a frieze of palms. Photo: W. Chmiel

One of the most interesting inscriptions is most probably the prayer "Lamb of God" written in Greek, which proves that this language was used in medieval Nubia much longer than in the Byzantine territories conquered by the Arabs.

Also in 2004, excavation were carried out at the site of the Monastery of the Holy Trinity in Old Dongola.

"Room 6 of the monastery was evidently used as a chapel. There was a square structure found, built against the east wall, which could have served as an altar... Over it, on the east wall, there was once a huge mural representing the Archangel Michael.." 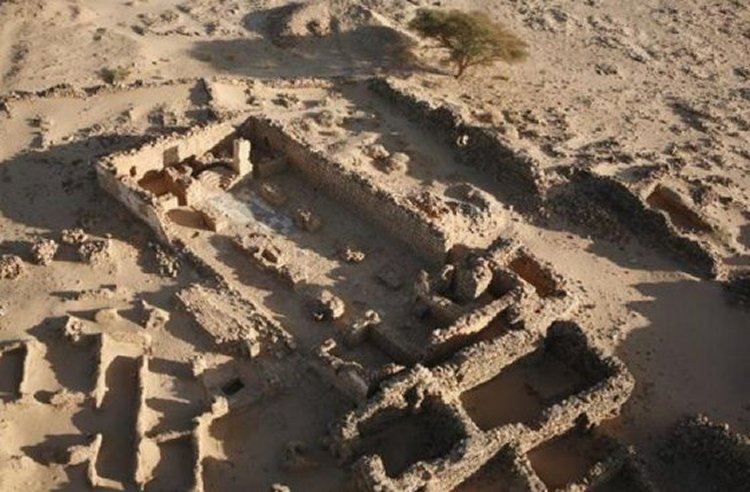 Ghazali is just one of several spectacular projects of Nubian kings, who also built a network of heavily fortified settlements along the valley of the Nile from Aswan to Khartoum, with the crown jewel: the capital of the kingdom, Old Dongola. Photo: CAS University Warsaw

"Recovered better preserved fragments revealed an archangel's wing with the characteristic 'peacock feathers', as well as many fragments of inscribed plaster originating from the vicinity of the northeastern corner. Among these was a considerable part of Psalm 29, written in black ink in Old Nubian and Greek.

The text is presented in a curious way, alternately in one of the two languages, verse after verse. Remnants of another four texts in Greek were also recorded but not yet identified; two of them, however, seem to be Greco-Nubian graffiti. 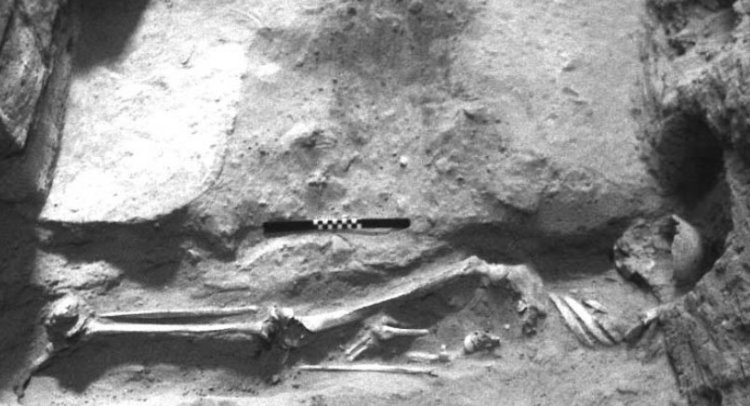 Late burial in the floor of room 2 of the Annex. Photo:J. Swiecicki

According to researchers, "the painted decoration of the chapel, the extant representations on the vaults seem peculiar at the very least. Beside a figure of the Archangel Gabriel(?) on the north wall, there is a still unidentified scene of two men sitting in an interior, seen through an unveiled curtain, apparently concluding a financial agreement."

"There are some other separate composition possibly connected with the story, including a mysterious praying monk, fastened by his hair to a rock. The large composition observed on the tumbled remains of the vault could be identified as a scene of the Massacre of Innocents.

Another very surprising scene is for example, depicted in the monastery's room 5 on the the north vault.
"It represents a festival dedicated to the Virgin Mary with several dancers, some wearing traditional masks. The figures hold sticks, incense burners and drums. The accompanying texts in Old Nubian were perhaps meant to indicate what they were singing.

The Virgin with distaff was painted in the form of an icon beside this scene. The north part of the same vault and the east wall was filled with a scene of the Nativity demonstrating the fullest iconographical breadth..."