Ellen Lloyd - AncientPages.com - More and more evidence confirms a very brave thesis, according to which the Balkan Peninsula, rather than ancient Mesopotamia that is the cradle of our civilization.

The evidence of a little known culture preceding Egyptian and even Sumerian culture has been attracting the attention of researchers, turning everything we know about antiquity upside down.

Remains of this ancient society have gradually been emerging from the ashes of human history taking us some 6-7 millennia back in time when a highly-advanced unknown civilization flourished in our lands, a period which preceded Sumer and Akkad by at least one millennium.

A vivid testimonial to the existence of this mysterious civilization is the gold from the Chalcolithic Necropolis of Varna (from 4,400-4,100 BC), also known as the oldest processed gold in the world. 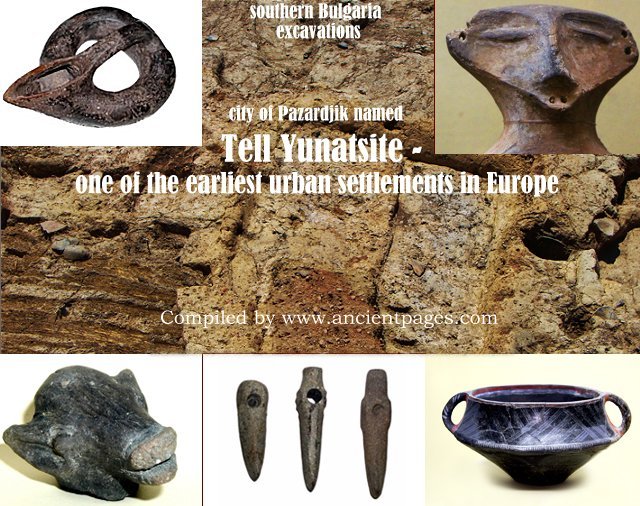 The earliest traces of human habitation in this region date back to the Old Stone Age, 100,000 years ago.

Today the extremely beautiful golden relics from the region have been admired at some of the most famous museums in the world and in fact, the prehistoric settlement near the town of Provadia (Southeastern Bulgaria) dates back to the same period. 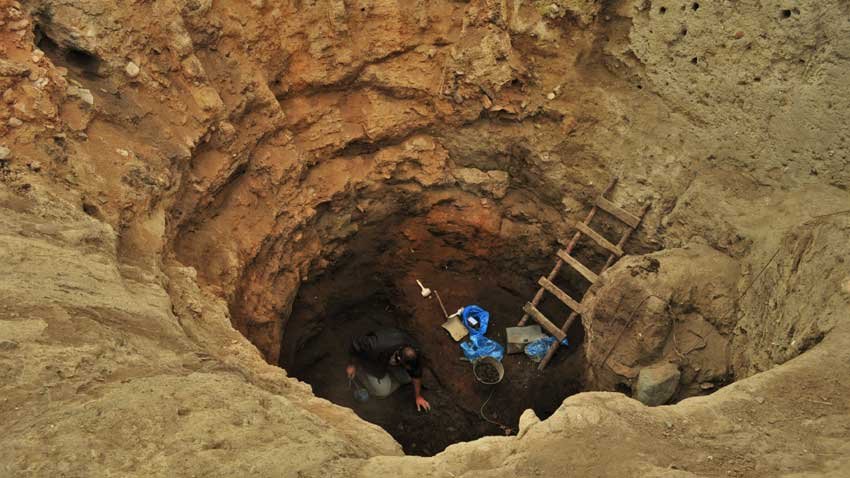 Last summer the team of Ass. Prof. Boyadzhiev reached the doors of the citadel.

It was unearthed near an ancient Black Sea salt pan. Its residents prospered due to the salt which was once the basic monetary unit. Another ancient place is the so-called Lake Town situated on the island near the coastal village of Durankulak where the remains of the oldest stone architecture in Europe were found.

The village mound near the city of Pazardjik (southern Bulgaria) named “Yunatsite” (the Heroes) also dates back to that period. Archeologists have been researching this region for years, and have found numerous traces of the Chalcolithic period.

“We suppose that this to be the oldest town in Europe”, Associate Professor Boyadzhiev explains, adding that the earliest finds from the mound date back to the 5th millennium BC. The town covered an area of 12-15 hectares. It is interesting to note that settlements of similar size emerged in the lands between the Euphrates and Tigris rivers some 1,500 years later.

Researchers who have worked in excavations of Mesopotamia's settlements covering area of 0.7-0.8 hectares are regarded as towns, according to Boyadzhiev.

“Judging even by Mesopotamian standards, what we have here is an ancient town. We discovered a big settlement with a citadel at its highest point, the principle on which any ancient town was constructed - the existence of a fortified area inside the town which had to protect its population in the event of an emergency. The town elite and all craftsmen used to live there. 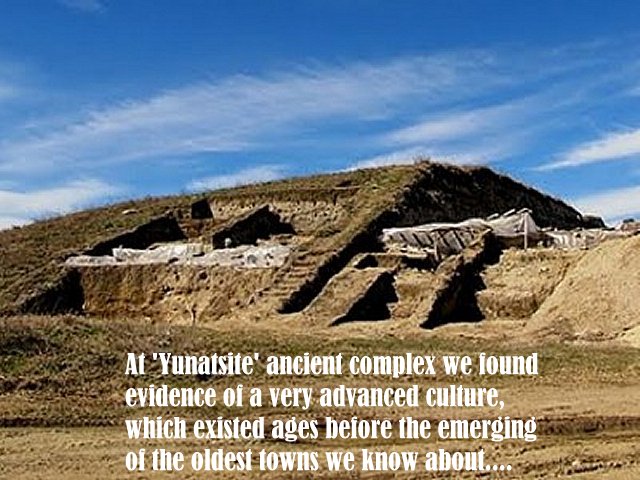 At the “Yunatsite” ancient complex we found evidence of a very advanced culture that existed ages before the emerging of the oldest towns we know about. This is an incredible historical monument where life continued from the 5th millennium BC until the Medieval Period, i.e. covering 6 whole millennia!”

Copyright © AncientPages.com  All rights reserved. This material may not be

published, broadcast, rewritten or redistributed in whole or part without the express written permission of AncientPages.com