A. Sutherland - AncientPages.com - Ancient cultures from the Aztecs of Mesoamerica to the Egyptians in Africa and Indians in Asia —became expert astronomers and predictors of seasonal weather patterns.

Ancient world cultures associated weather forecasting with religion and spirituality. Weather such as rain, drought, wind, and cloudiness were associated with a deity, or god and were worshiped in order to ensure good weather. 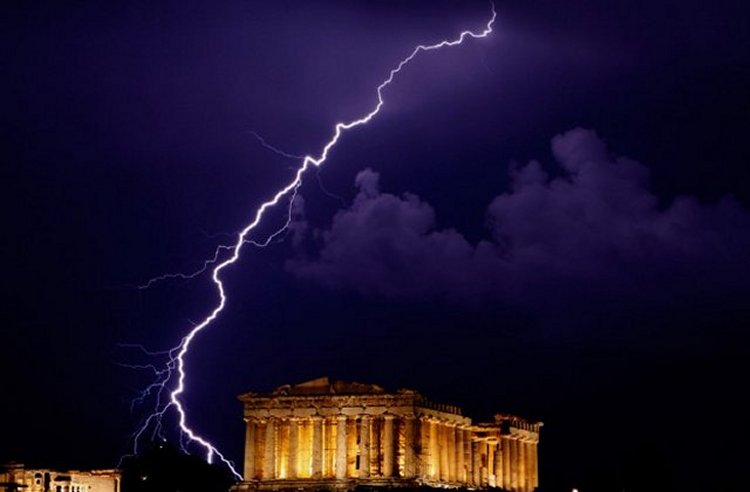 Aristotle is considered the founder of meteorology. He tried to explain the weather through the interaction of the four elements: earth, fire, air, and water.

Around 650 BC, the Babylonians tried to predict short-term weather changes based on the appearance of clouds and optical phenomena such as haloes.

By 300 BC, Chinese astronomers had developed a calendar that divided the year into 24 festivals, each festival associated with a different type of weather.

Rain gods and goddesses were particularly important, because rain influenced agriculture and construction projects. Tlaloc (Aztec), Set (Egyptian), and Indra (India), as well as Thor (Norse), Zeus (Greek), and Shango (Yoruba), are only some gods associated with rain, thunder, and lightning. 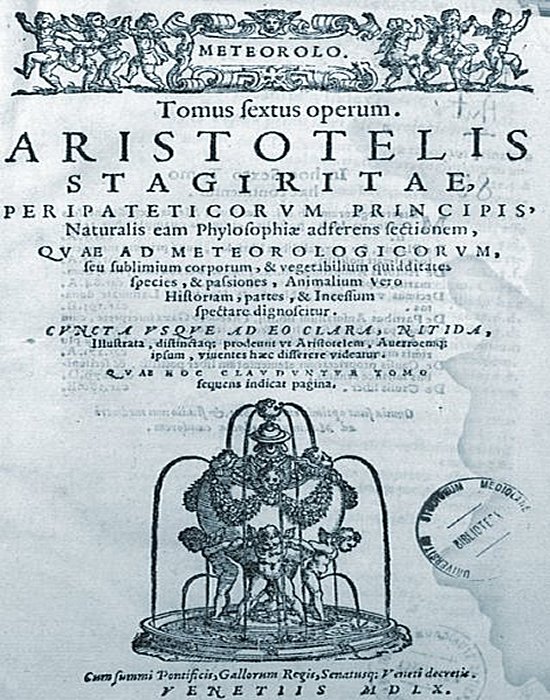 Aristotle's Meteorology is the earliest extant. Greek work on the subject, and is part of a larger project, following on from his studies of natural motion in the Physics, astronomy in On the Heavens, and the four elements in Generation and Corruption. Photo credits: wikipedia

However, it was the Greeks, who began  the formal study of climate and, the word 'climate' is derived from the Greek word 'klima', meaning slope, referring to the slope  or inclination and referring to the climate conditions created by the Sun’s angle. Moreover, ancient Greeks invented the term “meteorology,” the study of atmospheric disturbances.

Ancient Greeks, as well as other civilizations of that time, often attributed weather changes and natural phenomena to the gods. For example, lightning was a way for Zeus to show his anger, just as Thor in ancient Nordic mythology.

Ancient Greek mythology is an example of how early civilizations tried to explain the unexplainable at the time forces of nature, weather and astronomy.

Many ancient Greek gods and goddesses were elements of weather and seasons personified. Ancient Greeks also believed in Poseidon, god of sea and earthquakes, Helios, god of sun, Selene, goddess of moon, Hephaestus, god of volcanoes, Chione, goddess of snow, Zeus, king of all gods and god of sky, thunder, lightning and rain. All occurrences of favorable or poor weather were thought to be a direct result of godly intervention.

However, thanks to their continuous observation of nature, ancient Greeks had a great understanding of weather and climate in general. It may not have been as advanced as modern science but their basic knowledge helped them to better understand weather changes and find ways to benefit from them.

Aristotle is considered the founder of meteorology. His treatise (the oldest of all comprehensive works) known as 'Meteorology' discusses what Aristotle believed to have been all the affections common to air and water, and the kinds and parts of the earth and the affections of its parts. It includes early accounts of water evaporation, earthquakes, and other weather phenomena.

He tried to explain the weather through the interaction of the four elements: earth, fire, air, and water. Aristotle’s student Theophrastus produced the first book on weather signs, listing observations used to forecast weather, many of which are still used to this day.

In ancient Greece people used their knowledge to their advantage, focusing on the air’s movement, commonly known as wind, as well as the significance of the Sun and Moon positions in the sky in order to forecast phenomena such as tides and improve everyday tasks involving agriculture or sailing.