A. Sutherland - AncientPages.com - The Ishtar Gate was constructed by the Babylonian King Nebuchadnezzar II circa 575 BC.

This enormous burnt-brick entryway was located over the main thoroughfare in the ancient city of Babylon (now in Iraq). Built about 575 BC, it became the eighth fortified gate in the city.

The Ishtar Gate was more than 38 feet (12 meters) high and was decorated with glazed brick reliefs, in tiers, of dragons and young bulls.

The gate itself was a double one, and on its south side was a vast antechamber. Through the gatehouse ran a stone- and brick-paved avenue, called the Processional Way, major road in which burned bricks and carefully shaped stones were laid in bituminous mortar.

It has been traced over a length of more than half a mile.

In his book "Babylon: Mesopotamia and the Birth of Civilization", Paul Kriwaczek, Paul writes:

"Beyond E-Sagila and Etemenanki, visitors to Babylon passed through another gate to enter the adjoining quarter: ‘From the Grand Gate to the  Ishtar Gate is called Ka-Dingir-ra’, says the itinerary. Ka-Dingira is Sumerian for the Akkadian Bab-Ilum, Babylon, interpreted as meaning Gate of God; perhaps this area was the original nucleus of the urban foundation. 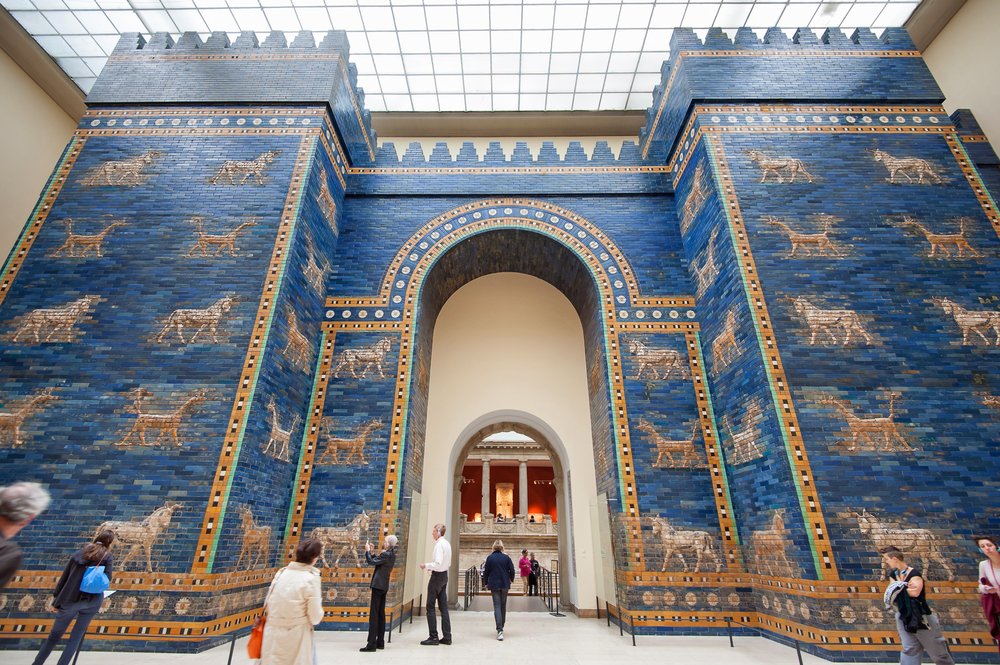 Thus Eridu, the original locus of Mesopotamian culture, and Babylon, its final and most glorious expression, were here symbolically united in facts on the ground.

Pre-Flood City Of Eridu That Belonged To Enki, God Of Creation, Intelligence, Wisdom And Magic

Was The Legendary Tree Of Life Located In The Grove Of Eridu?

The Ka-Dingir-ra quarter contained the most spectacular of Nebuchadnezzar’s urban-renewal projects: his own magnificent palaces, the processional way, its walls magnificently decorated with glazed-tile lions, leading to the Marduk temple through the magnificent 18-metre-high Ishtar Gate with its crenellated bastions, their glittering blue façades adorned with bulls and dragons in white and ochre, and bearing a long inscription by the king himself:

This street of Babylon having become increasingly lower, I pulled down the gates and re-laid their foundations at the water-table with asphalt and bricks.

I had them remade of bricks with blue stone on which wonderful bulls and dragons were depicted. I covered their roofs by laying majestic cedars lengthwise over them. I fixed doors of cedar wood trimmed with bronze in all the gates. 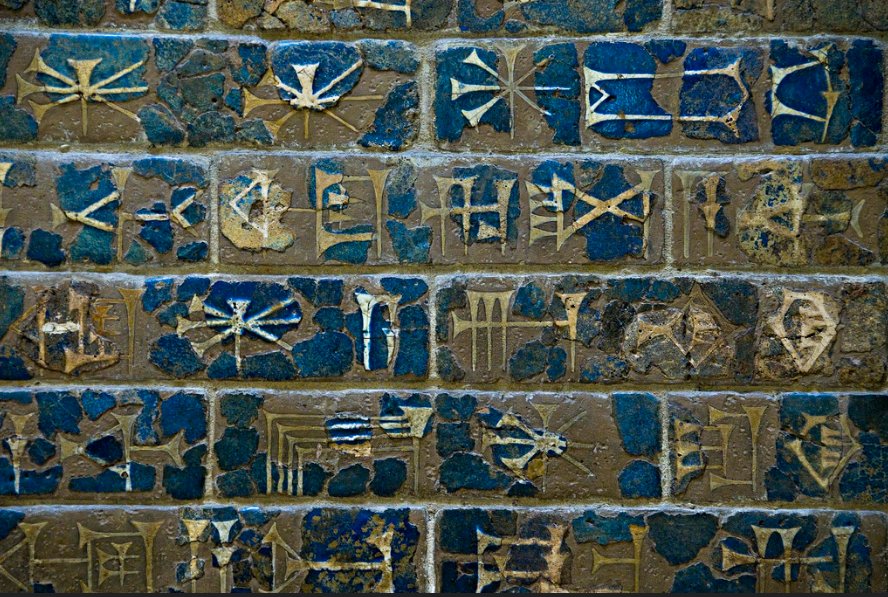 I placed wild bulls and ferocious dragons in the gateways and thus adorned them with luxurious splendour so that Mankind might gaze on them in wonder..."

The sides of the street were decorated with brick lions passant. It has been estimated that there were 120 lions along the street and 575 dragons and bulls, in 13 rows, on the gate.

Not all of these reliefs were visible at the same time, however, for the level of the street was raised more than once; even the lowest rows, which were irregularly laid, may have been treated as foundation deposits.

The site was unearthed by the prominent German archaeologist Robert Koldewey, whose excavation of Babylon lasted from 1899 until 1917.

The remnants of the original gate and Processional Way have been housed in Berlin’s Pergamon’s Museum since that institution’s founding in 1930.

Iraq reconstructed the thoroughfare at one of the higher levels but since the 1990s has actively sought the return of the original gate and associated artifacts.