A. Sutherland - AncientPages.com - The epic poem, The Iliad, was written by Homer sometime in the 8th century BC. It recounts some of the most important events of the final weeks of the Trojan War and the Greek siege of the city of Troy.

It also tells the story of his adventures during the last year of the Trojan War.

One of the central figures of the epic is Achilles who traveled to Troy to bring back Helen to her husband, King Menelaus of Sparta, Agamemnon's younger brother. Achilles was the son of King Peleus of the Myrmidons and Thetis, the leader of the 50 Nereids. 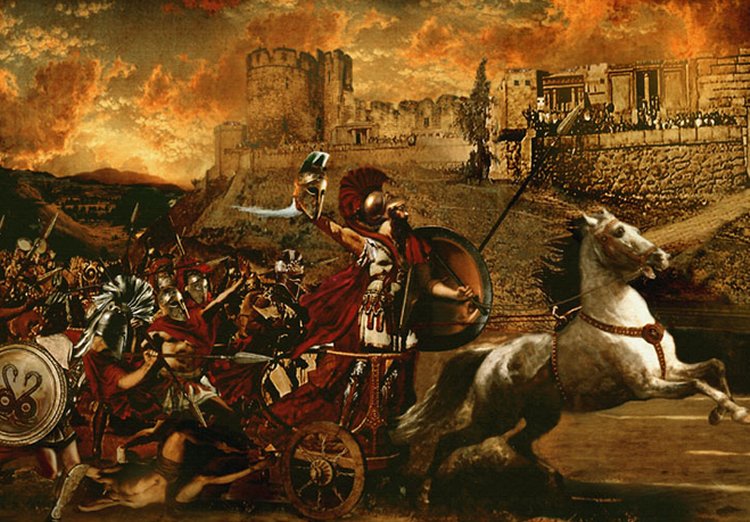 Both Zeus and Poseidon desired the beautiful sea goddess but were warned by the Titan Prometheus that any male child born to her would become greater than his father. As such, both the brothers ceased their pursuit of her and convinced Peleus to marry her instead.

When Achilles was born, Thetis wanted to gift him immortality. She took him to the Underworld and, holding him by the ankle, dipped him in the waters of the River Styx. However, she was not aware that his only mortal spot on his entire body was the one ankle she had held when she submerged him in the river.

Another version tells that in order to make Achilles immortal, she smothered his body with ambrosia and then placed him on top of a fire to burn away the mortal part of his body. As she was doing this, however, Peleus interrupted her, and enraged, she left them both, with the process unfinished. 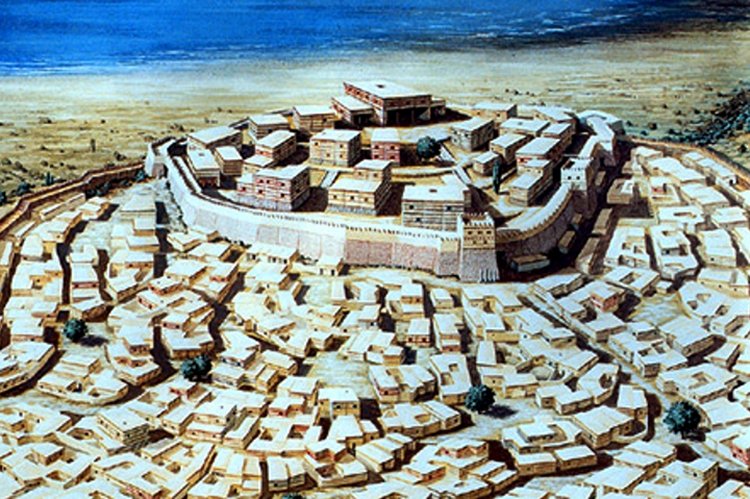 When the Trojan War began, Achilles was given the command of fifty ships, each containing 50 men. He engaged the services of five commanders-in-chief - Menesthius, Eudorus, Peisander, Phoenix and Alcimedon. After they set sail for Troy, they accidently landed in Mysia where King Telephus ruled.

A fight broke out with Achilles wounding Telephus, but the injury wouldn’t heal so Telephus consulted an oracle. He was told that only the person who caused the wound would be able to heal it. Telephus went to Achilles and was healed in exchange for directions to Troy.

The Iliad begins the narrative of the Trojan War when King Agamemnon attained a woman named Chryseis and made her his slave. Her father was a priest of the god Apollo and pleaded with him to aid his cause. Upon hearingthis, Apollo sends a plague to curse the Greeks. Calchas informs Agamemnon of what caused this curse.

The Funeral of Patroclus - Jacques-Louis David

Reluctantly, Agamemnon agrees to give up Chryseis but only on the condition that Achilles hands his woman Briseis over to him. Achilles is outraged at the lack of respect and withdraws from the battle. He visits with his mother, Thetis, and convinces her to ask Zeus to aid the Trojans so that he may demonstrate his worth in battle once more. After this, the Trojans are able to push the Greeks back to shore.

Here, Patroclus, the friend of Achilles, put on his armor without him knowing and commands the Myrmidons in a battle against the Trojans. However, he is slain by Hector, one of King Priam’s sons. Achilles is enraged at Patroculus’s death; he rejoins the Greeks on the battlefield and slays Hector. Subsequently, he ties Hector’s body to his chariot throughout the funeral games held for his friend. Hector, as he lay dying, tells of how Achilles will die – it is not recounted in The Iliad.

Hector’s brother, Paris, shoots at the Greek hero, and the poisoned arrow manages to land in Achilles’ one mortal spot – his ankle.

According to other accounts, Apollo guided the arrow towards the Achilles heel. After Troy had fallen to the Greeks, his body was cremated and merged with the ashes of Patroclus.