A. Sutherland - AncientPages.com - Located 16 meters below the coral island, the magnificent city of Kish is true proof of ancient engineering skills.

The subterranean city in Kariz, Iran is more than 2,500 years old and covers an area of 10, 000 square meters. It has tunnels that are several kilometers long and roughly horizontal, with a slope. This allows water to drain out to the surface by gravity to lower and flatter agricultural land. 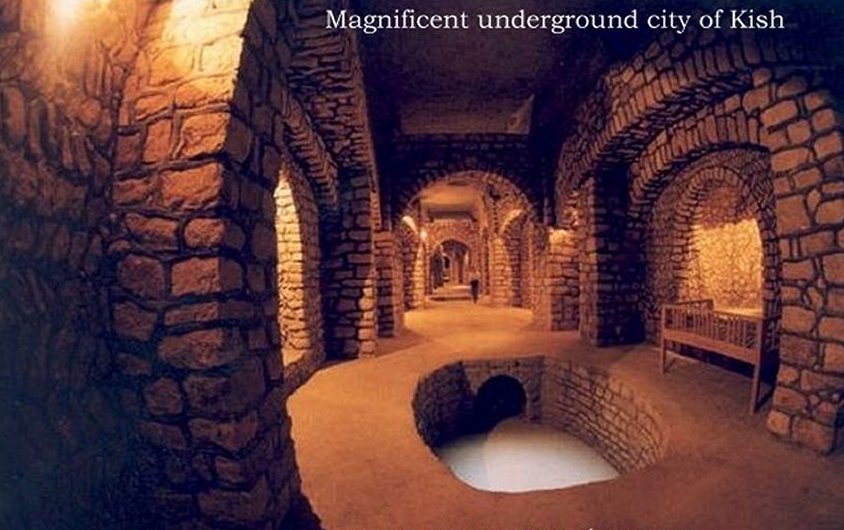 Its ceilings are eight meters high and mostly covered by fossils, shells, and corals estimated to be 270 to 570 million years old. Each one has been identified and they all have official IDs.

Although the Kariz-e-Kish or Kish Qanat is not known for its history or its architecture - it is a remarkable place worthy of attention.

In ancient times, the aqueducts of Kish provided the islanders' drinking water.

The ancient water provision technology can be described as the greatest contribution made by Iranians to hydraulics. 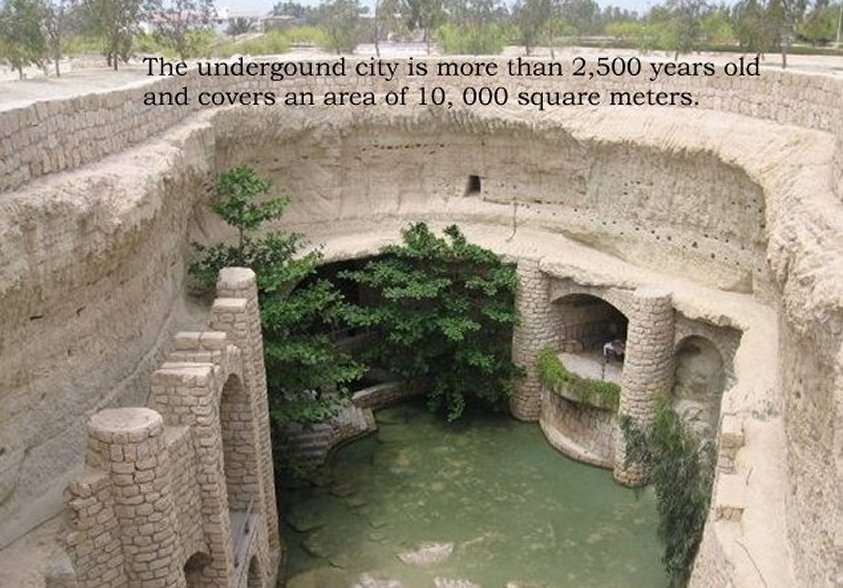 Before the Roman aqueduct, the people in Iran had developed their own hydraulic system called a qanat.

The ancient water provision technology can be described as the greatest contribution made by Iranians to hydraulics. Before the Roman aqueduct, the people in Iran had developed their own hydraulic system called a qanat. 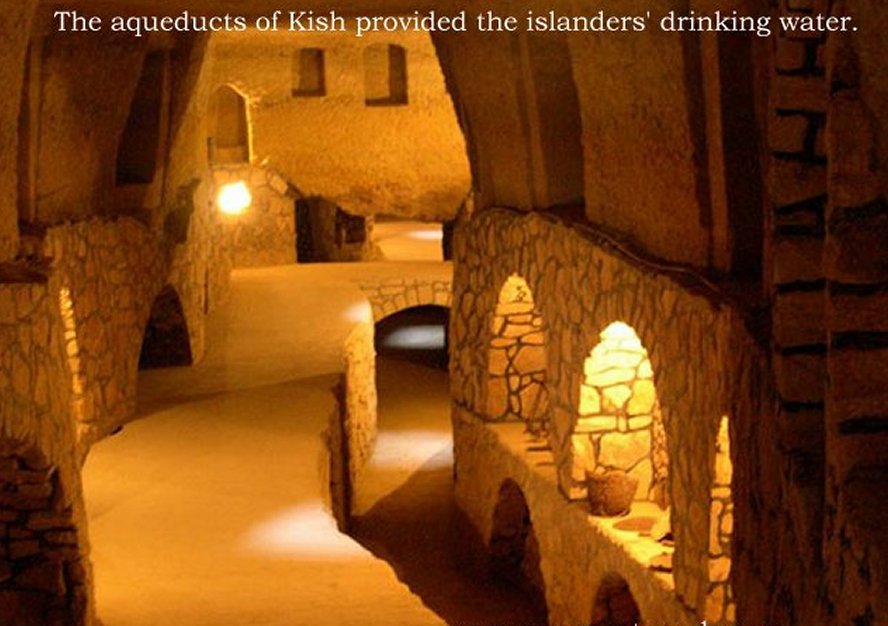 Today, Kish Qanat has been transformed into an amazing underground city. Along with the historic coral walls around the qanat, workers have reinforced the tunnels with mortar and stone to create a subterranean world.

The temperature inside the tunnels of the underground city is fixed at 22-25 degrees centigrade which guarantees a pleasant atmosphere. 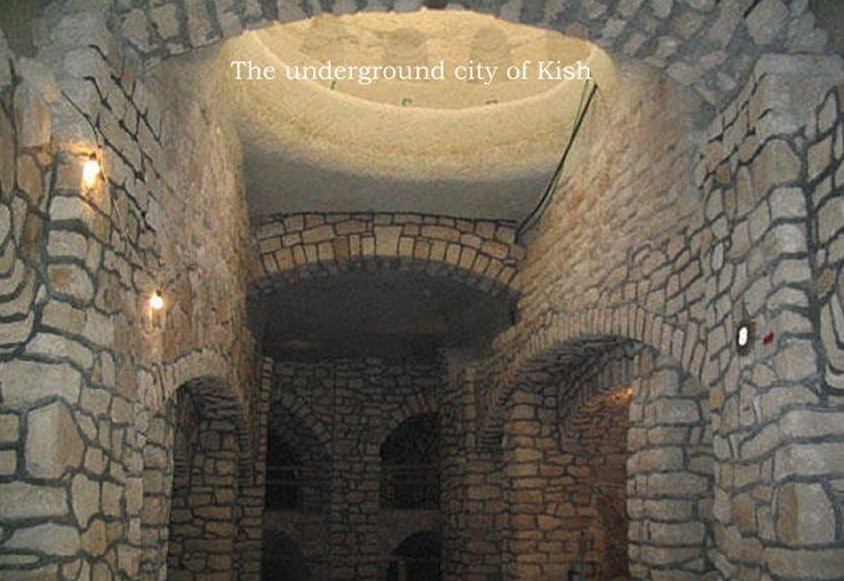 The underground city will be functional with its handicrafts stands from Iran and the world, traditional and modern restaurants, amphitheatre, conference hall, and art galleries.

According to current plans, boats will be moored along the canals of the underground city to take tourists inside Shahnameh Tunnel, where water is still flowing.

The goal is to turn this amazing place into a major tourist attraction.