Ellen Lloyd - AncientPages.com - Few people know about the remarkable Mangup cliff that together forms the biggest cavern fortress on the Crimean peninsula, about 9 miles due east of Sevastopol. Once in the past, this place was home to the mysterious kingdom of Feodoro. 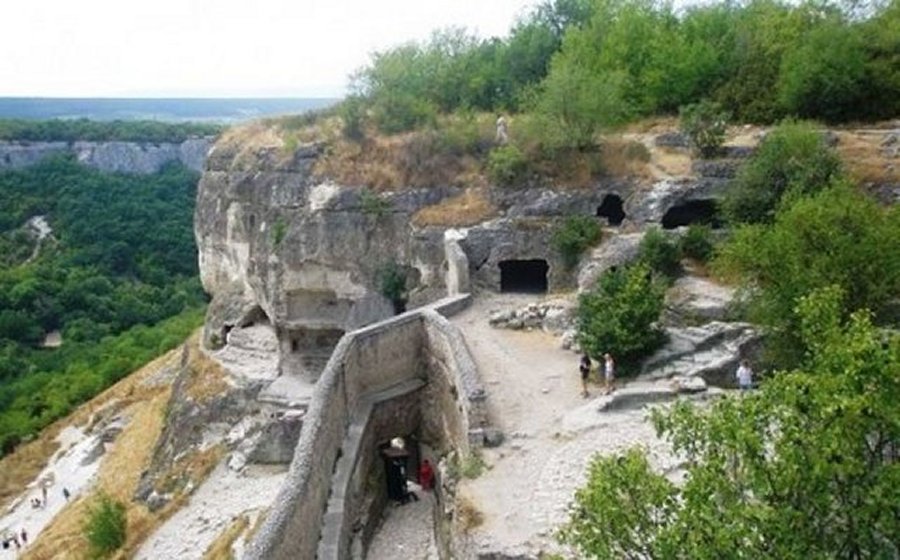 The cave city is located at the top of Mangup Mountain that stands above three picturesque valleys. Nature made this area impregnable and it is by no means an easy task to get up here.

The Mangup-Kale fortress (kale means fortress)) has well-protected with walls and towers.

It was a strong defensive outpost in medieval times. 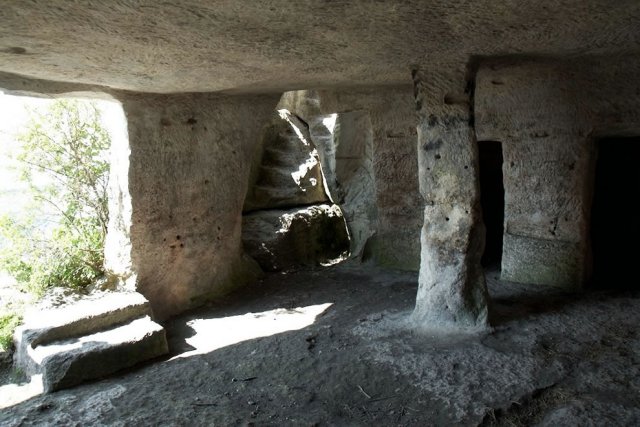 The majority of the buildings that you see on Mangup Kale's territory today date back to the times of Theodoric the Great, king of the Ostrogoths (475-526), ruler of Italy (493-526), regent of the Visigoths (511-526), and a patricius of the Roman Empire. 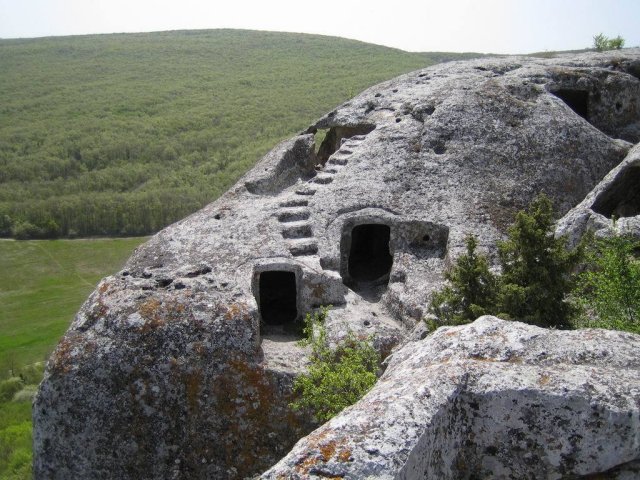 This ancient cave city is located high up in the cliffs and was once home to several thousand people. Image credit: Alterra

Historians believe that Byzantine emperors built the first fortification on top of Mangup Mountain in the 5th century.

The fortress, named Doros, was the main citadel of the Crimean Gothia at that time. In the 13th century, the town became the capital of the Theodoro Principality. 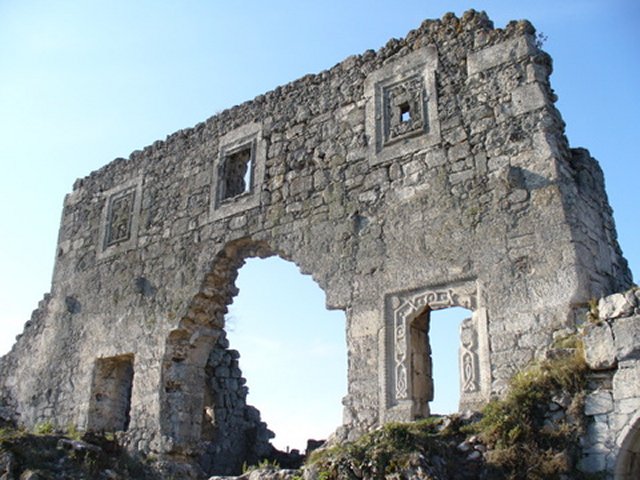 In the 15th century, the Kingdom of Feodoro was destroyed. The town was pillaged and burned by the Ottomans. After that, the Turks rebuilt the fort and named it Mangup Kale ('Fort Mangup').

Until the 18th century, it was the base of Ottoman rule on the peninsula. When Crimea became a part of Russia, however, its last dwellers, the Karaites, left Mangup Kale and the town went to ruin. 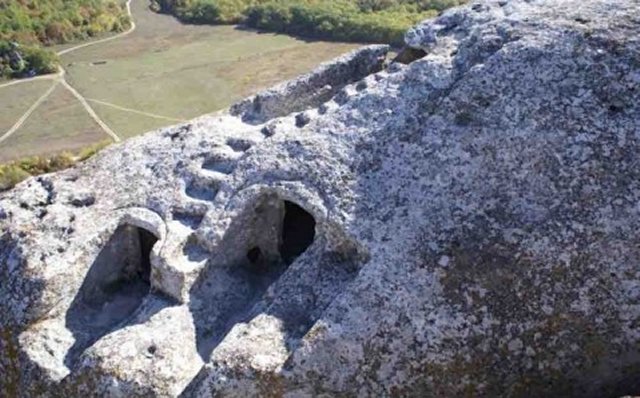 Another attraction of the Mangup Kale is its caves, the biggest and the most unique of which is Baraban Koba.

Inside the cave, there is a stone pillar in the center to support the roof. If you hit it, it makes a drumming sound.

Located on the mountain steeps, there are also remarkable ancient cave monasteries and temples. Traces of ancient fresco paintings remained in one of them, engraved in the rock.

From a historical point of view, this is a very unique and interesting ancient place.