AncientPages.com - In this list, we present some of the most incredible and bizarre ancient cases of mass hysteria that took place around the world.

Derived from the Greek word for "womb," hysteria has existed as a diagnosis for millennia.

Over the years, from ancient to more modern times there have been a number of incredible cases of mass hysteria. 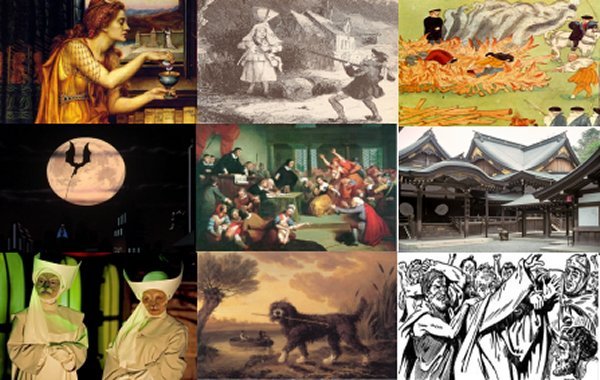 Mass hysteria is a term used to describe a situation in which various people all suffer from similar hysterical symptoms. This could be a phantom illness or an inexplicable event. The first documented case is recorded on an Egyptian papyrus dating from 1990 BC, reporting abnormal movements of the uterus that resulted in unusual mental and physical symptoms.

1. Mystery Of The Barking Children In Holland, 1673 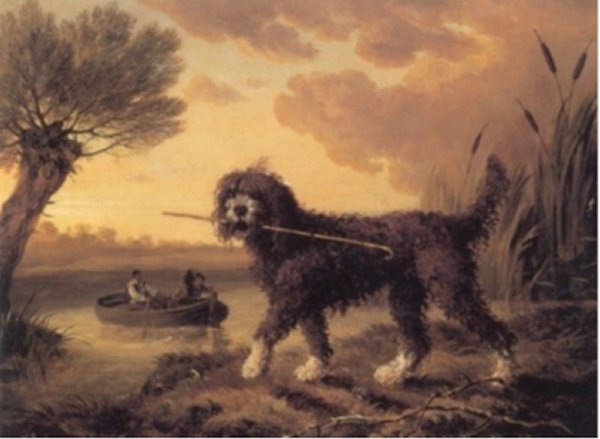 In 1676, children living in an orphanage school in Hoorn, Holland suddenly started behaving like dogs. They were barking and crawling on the floor.

According to theologian Balthasar Bekker (1634-1698) who personally witnessed the unexplained behavior, the children would suddenly collapse and get a strange look in their eyes. "They tugged and tore themselves, striking at the ground with their legs and arms end even with their heads, crying yelling and barking like dogs so that it was a terrifying thing to see," he wrote.

The children's behavior was explained as possession by the devil. People prayed in the churches across the city to save the children form the devil's clutches. Finally the children were re-united with their families and everything went back to normal.

2. Unexplained Phenomenon Of The Dancing Mania That Occurred During The Middle Ages 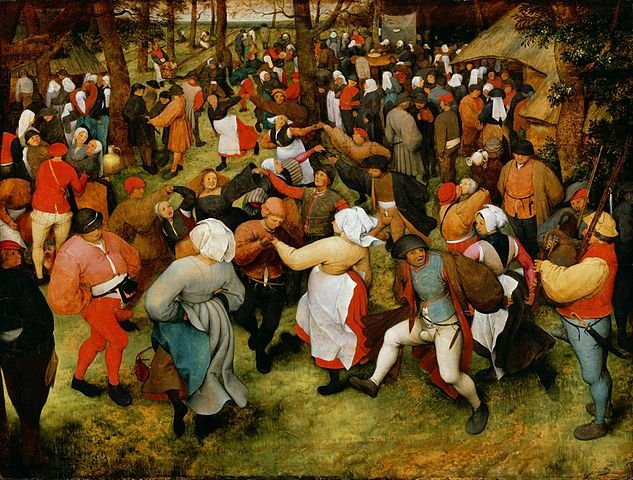 A very baffling event took place during the medieval period in Europe.

In July of 1374 in Aachen, Germany, a dozens of villages along the Rhine River were suddenly swept by a dancing plague called choreomania. For no apparent reason hundreds of people took to the streets leaping, jerking, and hopping to music.

The strange thing was that no-one else could hear the music except for those who danced.

How was that possible?

Another odd aspect of this story is that these people didn't want to stop dancing. They didn’t eat, drink or sleep. All they did was dancing, shouting, and hallucinating for days. Sometimes, even when they fell, they continued to dance while they were on the ground. Obviously they couldn't control their movements until finally their weakened bodies collapsed from exhaustion.

This outbreak of dancing mania spread as far as France and lasted for several years. Almost just as suddenly as it had come, it disappeared. Read more 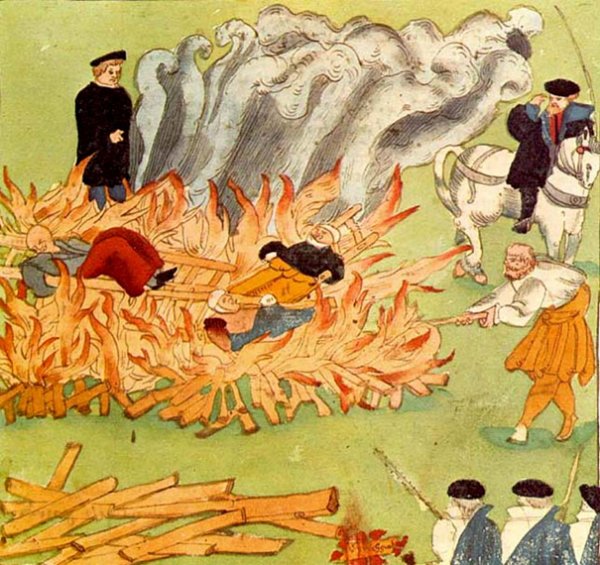 The event was one of the most horrible incidents in Swedish history.

The great Swedish witch panic lasted from 1664 to 1676. According to ancient historical accounts, as a child lay sleeping, the witch who was usually a neighbor was said to enter the room after shrinking and crawling through the keyhole or walking through a door. The child was escorted to the roof and placed on the belly of a farm animal which was hovering upside down. Together they flew to Blåkulla ("Blue hill") and picked up more children on their way.

Blåkulla was a legendary meadow where the Devil held his Earthly court during a witches' Sabbath. Flames from hell shot through a hole in the floor as people sat eating cursing and paying respect to the devil. The devil asked the child if he or she would serve him and all they could say was yes. The child's finger was cut and the devil took some blood. Later the children were given gifts, such as knives to kill their parents and books of curses. A witch brought the children home before the morning. Later hundreds of children were convinced they had met the devil.

The story is based on real events. More than 500 children witnessed they had been abducted during the night by Satanists and taken to Blåkulla where devil worshippers held their annual meeting.

4. The Perplexing Case Of The Meowing And Biting Nuns 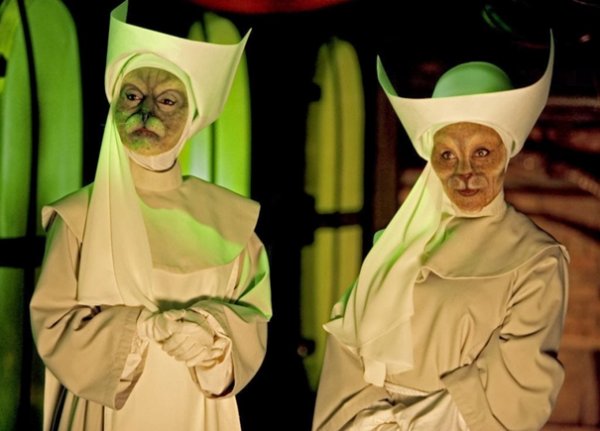 Another odd case of mass hysteria striking France during the medieval period involved the case of the meowing nuns. In one very large convent, one nun suddenly started to meow like a cat. Soon afterwards, several other nuns also meowed. At last all the nuns meowed together everyday at a certain time for several hours.

The whole surrounding Christian neighborhood heard, with equal chagrin and astonishment this daily cat-concert, which did not cease until all the nuns were informed that a large group of soldiers were placed by the police before the entrance of the convent. The soldiers were provided with rods and were ordered to beat the nuns until they promised not to meow anymore. The nuns ceased with their odd behavior.

A similar case also gripped a convent in Germany, when a nun began biting her companions. Subsequently, it triggered a biting epidemic that spread to other convents and reached as far as Rome. 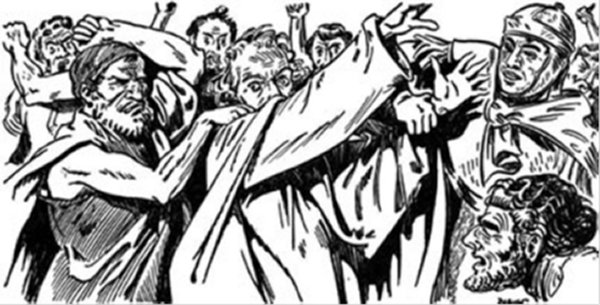 This event has been described as a poisoning scare that terrorized Milan, Italy, in 1630, coinciding with pestilence, plague, and a prediction that the Devil would poison the city's water supply. On one April morning people awoke, and became fearful upon finding "that all the doors in the principal streets of the city were marked with a curious daub, or spot."

Soon there was alarm that the sign of the awaited poisoning was at hand, and the belief spread that corn and fruit had also been poisoned. Many people were executed.

One elderly man was spotted wiping a stool before sitting on it, when he was accused of smearing poison on the seat. He was seized by an angry mob of women and pulled by the hair to a judge, but died on the way. In another incident, a pharmacist and barber named Mora was found with several preparations containing unknown potions and accused of being in cahoots with the Devil to poison the city.

Protesting his innocence, he eventually confessed after prolonged torture on the rack, admitting to cooperating with the Devil and foreigners to poisoning the city and anointing the doors. Under duress he named several accomplices who were eventually arrested and tortured. They were all pronounced guilty and executed. The number of persons who confessed that they were employed by the Devil to distribute poison is almost incredible.

Day after day persons came voluntarily forward to accuse themselves.

6. Massive Outbreak Of Okagemairi In Japan In The 18th and 19th Centuries 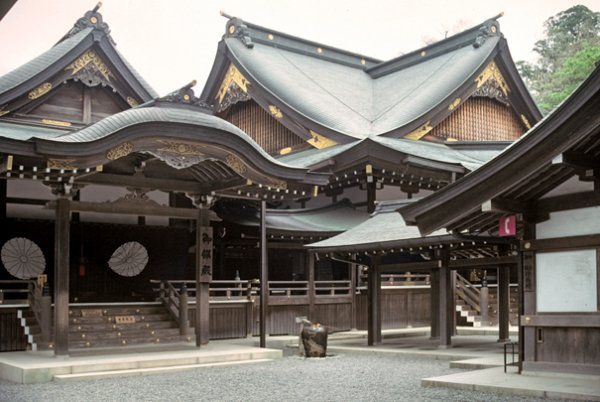 Okage-mairi is a Japanese custom involving a pilgrimage to give thanks to the Sun Goddess by visiting the Ise Shrine.

In 1771, a mixture of mass hysteria and ritual took place in Japan. Within four months five million people visited Ise Grand Shrine, a Shinto shrine dedicated to the goddess Amaterasu-?mikami. People's odd behavior made the authorities very nervous. According to eyewitness accounts outbreaks were characterized by collective frenetic dancing, crying, singing and obscene and bizarre behavior, including cross-dressing, amnesia and trance states. Similar incidents took place in 1830 and 1867.

The cause of the mass hysteria was never determined but it is believed the outbreaks were somehow related with the political situation in the country and fear of foreign powers.

7. Humans With Bat-Like Wings Discovered On The Moon Caused A World-Wide Sensation 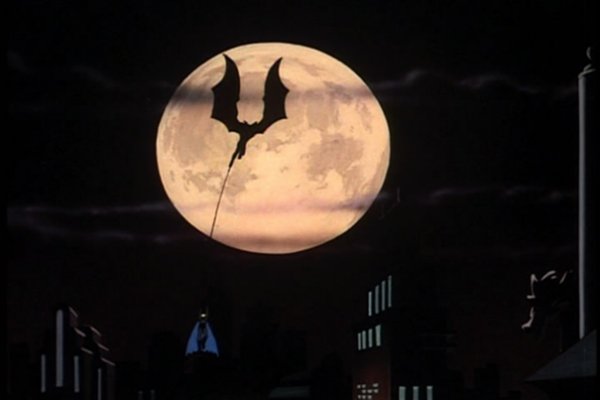 In 1835, journalist Richard A. Locke wrote an intriguing story revealing that that astronomer Sir John Herschel had perfected the world's strongest telescope in a South African observatory, and had discovered various life forms on the Moon: a two-legged beaver, a horned bear, miniature zebras, and colorful birds among them.

His most astonishing observation was that he could see human-like forms on the Moon flying about with bat-like wings. The creatures were given the scientific name of "Vespertilio-homo" meaning bat-man. These beings were described with angelic innocence, peacefully coexisting with its fellow creatures in an environment apparently absent of carnivores. The story resulted in a series of six newspaper reports appearing in the New York Sun caused a worldwide sensation. 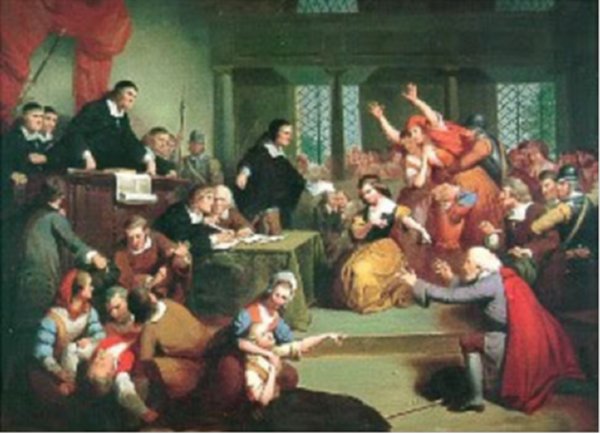 One of the most well-known instances of mass hysteria in history is that which occurred in Salem, Massachusetts, in 1692.

It all started when a group of young girls began to display bizarre behavior. The tight-knit community was at a loss to explain the convulsive seizures, blasphemous screaming, and trance-like states that afflicted the youngsters. The physicians called in to examine the girls could find no natural cause of the disturbing behavior.

If the source of the affliction was not due to physical malady, then it must be the work of Satan, people reasoned. People living in the village began praying and fasting in order to rid itself of the devil's influence. The girls were pressured to reveal who in the community controlled their behavior.

In March the afflicted girls accused Martha Corey. The three women previously denounced as colluding with the devil were marginal to the community.

Martha Corey was different; she was an upstanding member of the Puritan congregation - her revelation as a witch demonstrated that Satan's influence reached to the very core of the community. Events snowballed as the accusatory atmosphere intensified and reached a fever pitch. During the period from March into the fall many were charged, examined, tried and condemned to death.

The hangings started in June with the death of Bridget Bishop and continued through September. As winter approached, the hysteria played itself out as criticism of the procedures grew. In October, the colonial governor dissolved the local Court of inquiry. The convictions and condemnations for witchery stopped.

Nineteen victims of the witch-hunt had been hanged, one crushed to death under the weight of stones and at least four died in prison awaiting trial. 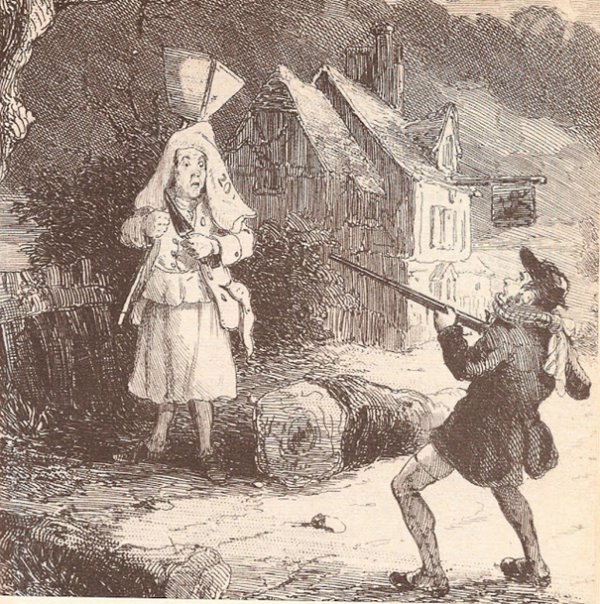 In the early 1800's, Hammersmith, London, was terrorized by a ghost that was haunting the local churchyard, the surrounding lane-ways and roads.

The ghost was generally described the same way by all who encountered it - it was very tall and very white.

The fear was so great that armed citizens started patrolling the area, that is until someone shot what they thought to be the ghost.

With the year now 1804, and the stories of the ghost continuing, armed citizens began to roam the streets in order to hunt down the ghost. On 3rd January that year, one of these citizens did come face to face with the ghost and as such a tragedy played out.

Francis Smith was patrolling the area with a loaded gun when he entered Black Lion Lane. As he made his way through the hedge lined path he spotted a white figure coming towards him. He called out to it, told it to stop but when the figure continued coming towards him, Francis raised his firearm and fired.

The white figure dropped to the ground.

On closer inspection, Francis Smith realized that he had killed an innocent man, a bricklayer and plasterer by the name of Thomas Millwood.

Later it turned out that the ghost was John Graham, an elderly shoemaker who took on the guise to frighten his apprentice.

10. Husband Poisoning Mania In Italy And France During The 1600s 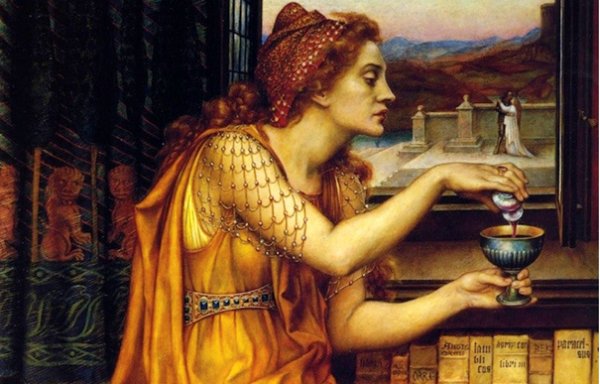 A poisoning mania struck France and Italy during the 1600s.

In 1659, Pope Alexander VII was informed that great numbers of pf women had admitted to poisoning their husbands. One group of wives who met regularly to plot their deeds were arrested and punished. Three young women who poisoned their husbands were handed in Rome. Up to 30 women were whipped publicly through the streets and several were banished from the country.

The punishments did not frighten other women who continued to poison their husbands in France and Italy.