A.Sutherland  - AncientPages.com - The cathedral-like structure - the least-visited and unique place in the world - is located on a barren and uninhabited island of Staffa, six miles off the western coast of Mull, which is part of the chain of islands known as the Inner Hebrides, Scotland.

Bizarre basalt pillars, unusual symmetry, and eerie sounds produced by the echoes of waves can be admired in a huge sea-cave formed from hexagonal basalt and known as Fingal's Cave.

A unique, 69m (227 feet) tall structure is the result of an intense volcanic activity, which occurred approximately 60 million years ago. 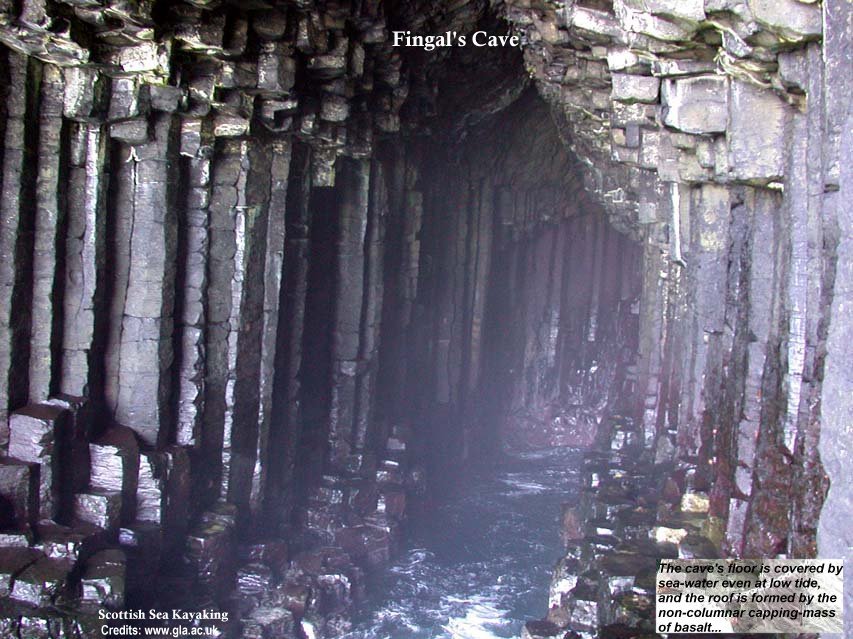 The cave was formed from the most spectacular, hexagonally jointed black, basalt columns.
Its height is 20m (66 feet) and its mouth, surrounded by these columns, has an opening of 13m (42 feet). The pillars are from 6 to 12 m high.

The cave was discovered in 1772 by Sir Joseph Banks (1743-1820), a British explorer and naturalist, who visited the island of Staffa and Fingal's Cave during his expedition to Iceland and ancient records say that the island shakes so much during violent storms that one family occupying a small hamlet near the center of the island in the late 1790s were forced to leave.

The hexagonal columns of basalt on Staffa seem to have unusual qualities. 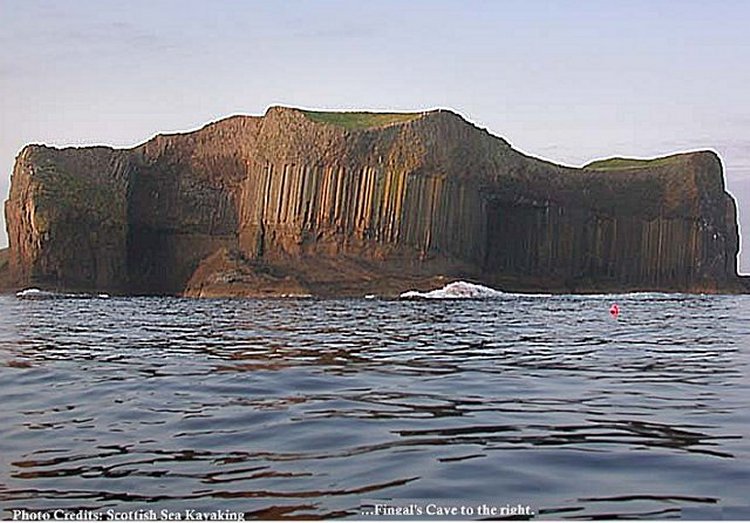 According to Salvatore M. Trento's "Field Guide to Mysterious Places of the Pacific Coast," there is a magnetic anomaly in the area. Very high magnetic readings have been recorded approximately twenty feet from the cliff face, but in the close vicinity of ancient paintings that cover columns, the milligauss readings dropped.

Historical sources confirm that prehistoric inhabitants lived in the region 8,000 years ago. Were they aware of specific locations with low magnetic readings that could cause special effects?

Sir Walter Scott, Scottish historical novelist, and poet saw the famous Fingal's Cave and listened to the unearthly music emitted by the dark-colored basaltic columns and water, affected by the ebb and flow of tides. 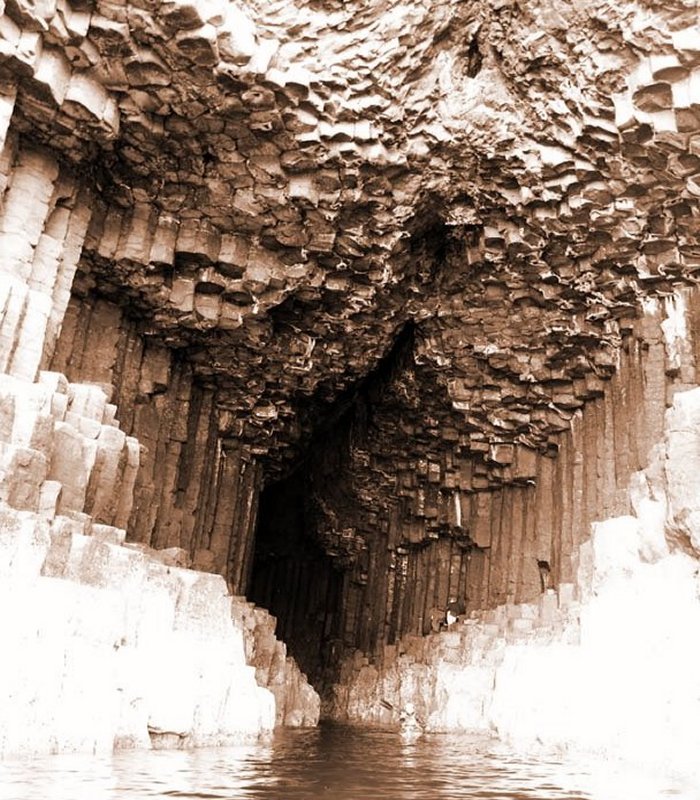 His impression was that the place is "a naturally adorned cathedral where one touches the spirit of God", the Gaelic name means "the Cave of Music". According to legend, an Irish giant and hero, Fingal (Finn mac Cumhail) built Staffa to avoid getting his feet wet when he walked across the sea from the Giant's Causeway in Ireland to Scotland to "lift" cattle.

Also, Giant's Causeway's unique structure is ascribed to Fingal, who built it in Antrim, Northern Ireland to walk to Scotland to fight his rival giant, Benandonner.

Fingal and his giant warriors are common in ancient Celtic mythology. 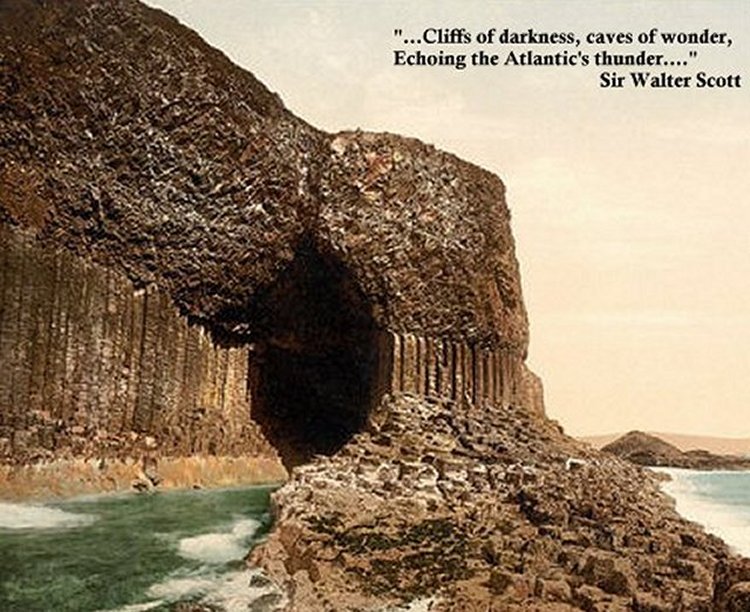 Finn, whose name means: white, a fair-haired person, also possessed a magic horn, which bore a mysterious curse and Knud Mariboe in 'The Encyclopedia Of The Celts' writes that 'Finn's mother was granddaughter of Nuada, king of Erin (Ireland) and leader of the Tuatha De Danann, and of Ethlinn, the mother of Lugh of the Long Hand, a sun god, worshipped in the Celtic world...'

Today no one believes that Fingal built the Staffa's magnificent cave and the Giant's Causeway, but rather Mother Nature did millions of years ago.

Nevertheless, places like these have always been seen as something special, possibly sacred or mythical in origin.