A. Sutherland - AncientPages.com - It cannot be denied that the concept of automation was known to the ancient Greeks. There is a good reason to believe that these ancient people had skills to design  self-operating machines but today we know about them only from mythical stories related to Hephaestus and a few others.

The world's first metallurgist and a master engineer, according to Greek mythology, was the blacksmith of the Olympian Gods, Hephaestus (or Vulcan, who was his Roman counterpart). 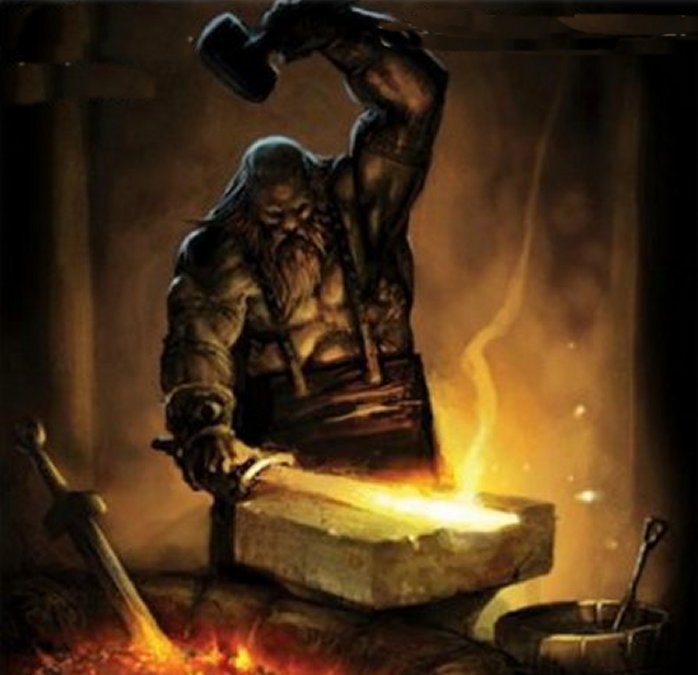 In Greek mythology we come across several detailed descriptions of devices created by the God of Metallurgy. Talos  was not the only robot created by Hephaestus. Hephaestus produced two golden walking statues which resembled young living women. They assisted with the god  helping him to walk.

The divine smith also created the Celedones  (automotones) - animate, golden statues that could sing. They became known as the magical singers standing at the Temple of the God Apollo at Delphi.

The automotones had the shape of either beautiful women, wryneck birds, or a combination of the two--Sirens-like bird women. Other interesting inventions of Hephaestus were the four bronze horse-shaped automotones that were used to draw the chariot of his two sons, the Kabeiroi. "The Nippoi Kabeirikoi (Horses of the Cabeiri) were four horse-shaped, bronze automotones crafted by the god Hephaistos (Hephaestus) to draw the adamantine chariot of his Kabeiroi sons." (Theoi Project).

Hephaistos made these automotones by breathing defiant fire between their teeth, like the pair of brazen footed bulls which he made for Aietes the redoubtable ruler of the Kolkhians, with hot collars and burning pole. Eurymedon [one of the Kabeiroi] drove and guided the fiery mouths of the iron foot steeds with a fiery bridle" wrote Nonnus, a Greek poet in an epic tale of the god Dionysus.'

In Iliad, Homer writes about the Golden Tripods of Olympus: "[Hephaistos] was sweating as he turned here and there to his bellows busily, since he was working on twenty tripods which were to stand against the wall of his strong-founded dwelling. And he had set golden wheels underneath the base of each one so that of their own motion they could wheel into the immortal gathering, and return to his house: a wonder to look at. These were so far finished, but the elaborate ear handles were not yet on. He was forging these, and beating the chains out."

From Greek mythology we also learn about a mechanical device known as the Kaukasian Eagle that was set by Zeus to feed on the ever-regenerating liver of the Titan Prometheus, after he was chained to the peak of Mount Kaukasos as punishment for stealing fire from the gods.

The eagle was described as a bronze automaton also constructed by Hephaestus.

Ancient Knowledge Of Levitation And Antigravity

The Olympian Gods used a set of twenty wheeled tripods crafted by Hephaistos out of gold. They were automatic and wheeled themselves in and out of the halls of the gods as they were required. 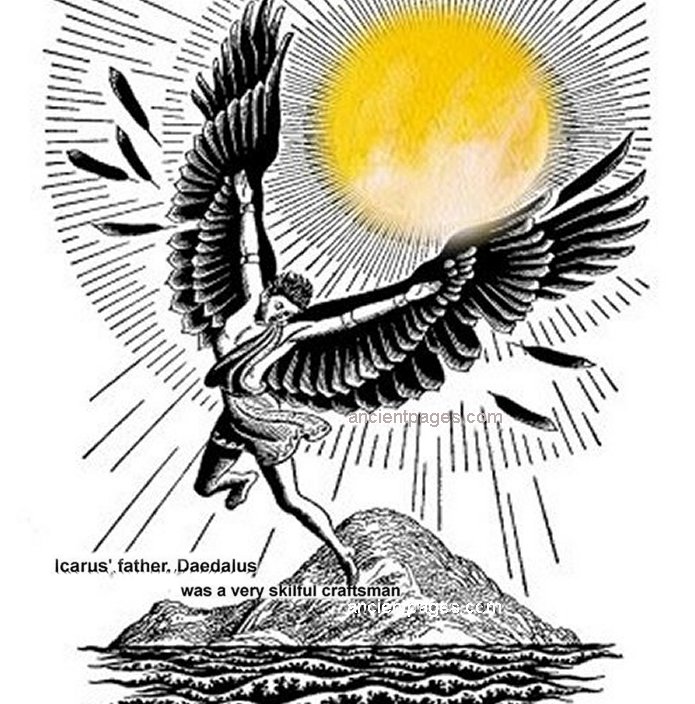 In his epic poem Argonautica, Apollonius Rhodius says that when Hephaestus decided to give Aeetes, King of Kolkhis a present, he constructed a pair of fire-breathing bull-shaped automatons forged out bronze.

"He [Hephaistos] had also made him [Aeetes king of Kolkhis] Bulls with feet of bronze and bronze mouths from which the breath came out in flame, blazing and terrible. And he had forged a plough of indurated steel, all in one piece."

All as a thank-offering to Helios, who had taken him up in his chariot when he sank exhausted on the battlefield of Phlegra..."

Icarus' father, Daedalus was a skilled craftsman and he was also familiar with the ancient secrets of robotics. It is said the he could create images that "moved about". Were these images in fact one of the first attempts to create an early form of television?

According to Plato, the Greek philosopher, Daedalus constructed human-like figures which moved on their own! Plato states that these robots were so active that they had to be prevented from running away.

From Garcilaso de la Vega (1501-1536), a Spanish soldier we learn that the Incas had a special statue in the Valley of Rimac "which spoke and gave answers to questions like the oracle of the Delphic Apollo."

The best way to prove the existence of ancient robots and computers is of course to present physical evidence rather than rely on myths, legends and ancient scripts. We must not forget it is estimated that our planet has suffered at least five major catastrophes which caused the extinction of more than 50% of all species. Civilizations that existed prior to our own perished in violent cataclysms. If there are any surviving physical objects, then they are most likely buried deep in the oceans. How can we find them when most of our oceans are still unexplored?

Former civilizations possessed many scientific notions that we have today, including the concept of robotics and computer technology.