A. Sutherland - AncientPages.com - Is it just a coincidence or do certain laws of nature lie behind the phenomenon, reported by explorers researching the ancient Mystical Caves at Huashan, near the famous Huangshan Mountain in China's Anhui Province.

A most mysterious discovery is the slope of the caves. The inclined plane of the walls has exactly the same slope as the outside hill.

Yet according to the technology of that time, how could the ancient people have managed that? 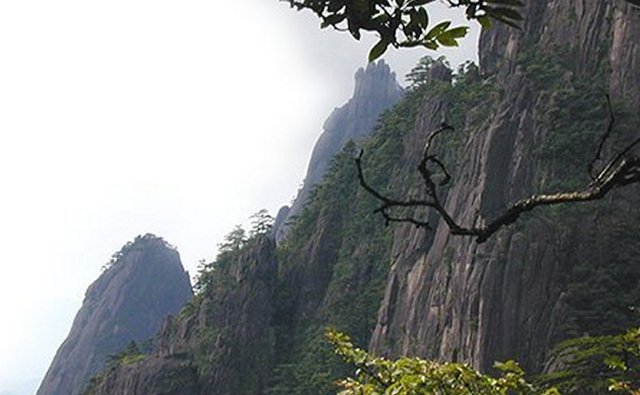 Located in the eastern suburbs of Tunxi district in the Anhui province city of Huangshan, a visitor will find Huashan Caves steeped in ancient, mysterious legends.

The history and purposes of Huashan Caves - accidentally discovered by a local farmer - are now untraceable due to the lack of any words in books or on cave walls describing their use.

All the Huashan Caves, each ranging from 10 meters to 20 meters in height and according to tests made on manually chiseled stones, the caves have existed for more than 1,700 years. Stone chambers - in various shapes – such as an elephant or a boot – support the ceiling. These chambers - filled with water, and some are two-story chambers are connected by way of corridors.

Altogether 36 caves have been found among the rolling Huashan hills, near the crystal-clear Xin'an River. Deep inside, there is a crystal-clear pool but no living fish live there due to the high mineral content. The neatly chiseled walls and roofs, the big pillars and stone stairs, indicate that the caves were dug by men.

Yet nobody knows for what purpose the ancient people excavated them. 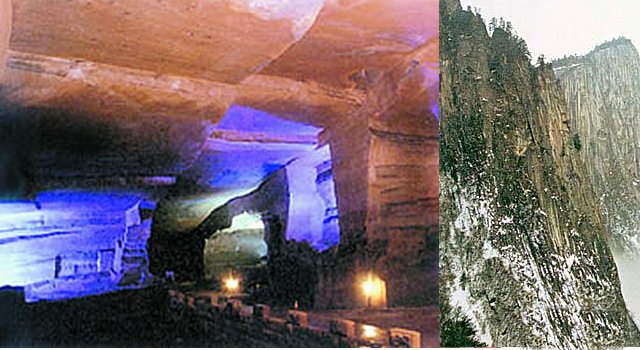 A most mysterious discovery is the slope of the caves. The inclined plane of the walls has exactly the same slope as the outside hill.

Not a single word about the caves has ever been found among China's numerous ancient records although their size has already ranked them as the biggest ever discovered so far in China.

Huanxi cave, with a length of 140 meters and a size of 4,800 square meters, is one of the two now open to the public. After a walk of 100 meters, you find a grand hall inside the cave, with pools, pillars, and small rooms on each side.

Of all the 36 caves, the biggest is the Qingliang Cave, which is known as the 'Underground Palace' due to its scale and magnificent layout.

With a total length of 170 meters, the cave covers a space of 12,600 square meters. The original digging-out of the cave could have produced at least 50,000 cubic meters of stone. 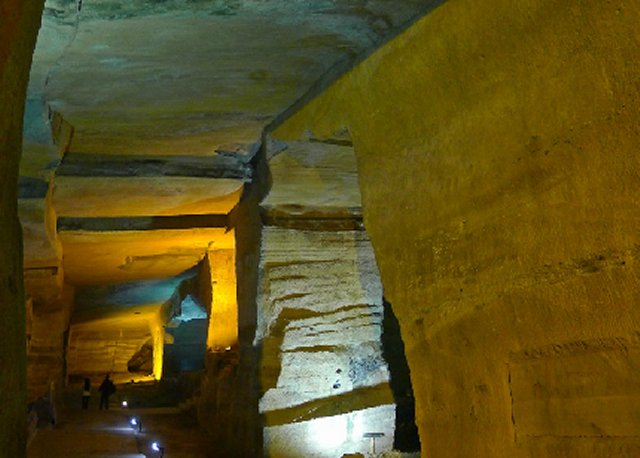 Inside the cave, there is a stone bridge above an underground river and with stone paths leading to different halls. A two-story stone structure is nearby where visitors have a bird's eye view of the huge cave from a balcony. No food remains were found in the cave, nor any smoking or signs of fire.

But without fire how could the ancient diggers have produced light in the cave?
As there are no historical records telling why the ancient people dug the caves, a variety of guesses are made by tourists as well as by experts. 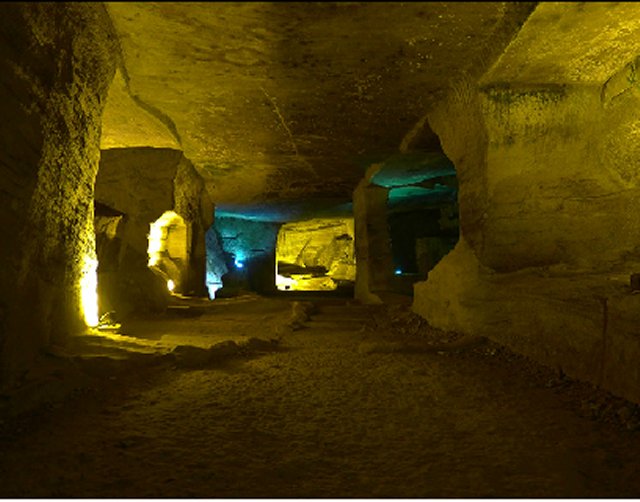 Some people hold that the ancient people dug the caves just to produce stone as, at that time, a large quantity of stone was needed to build the town. But if it was only for stone, why did they leave exquisite smoothed chisel marks on the walls and roofs?

Another hypothesis is that the caves were used to station troops. According to history texts, a large-scale peasant uprising occurred near the caves in 1120. The caves could have been the place to station soldiers.

Yet as mentioned before, the stone tests showed that the caves have a history as long as 1,700 years, so the caves were already there before the peasant uprising. 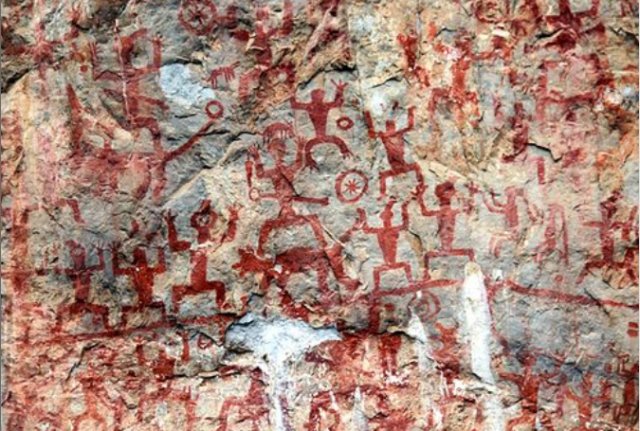 Perhaps the caves were used as imperial tombs and later, for whatever reason, they were abandoned.

Another interesting place to admire are the rock paintings of Huashan Mountain, the biggest, most content-rich, and best-preserved ancient rock carvings in China among all the discovered cultural relics to date.

The paintings are believed to be between 1800 and 2500 or between 1600 and 2400 years old. The period of their creations hence spans the times from the Warring States period (475-221BC) and Eastern Han Dynasty (25-220AD).
The paintings are attributed to the ancient Luo Yue people, who are believed to be ancestors of the present-day Zhuang nationality and inhabited the valley of Zuo River during this period.

Carbon dating suggests that the oldest paintings were executed around 16,000 years ago whereas the youngest is around 690 years old.

The whole painting stretches more than 200 meters in length and around 40 meters in height, with more than 1800 images in it, including people, horses, dogs, knives, swords, and drums.

The exact reason for its creation still remains unknown.