Ellen Lloyd - AncientPages.com -  Who or what the Dark Watchers are, no one knows. Where these elusive beings came from and where they go, remains a mystery. They leave without a footprint.

They are mentioned in a number of ancient legends and are well-known in several US states. 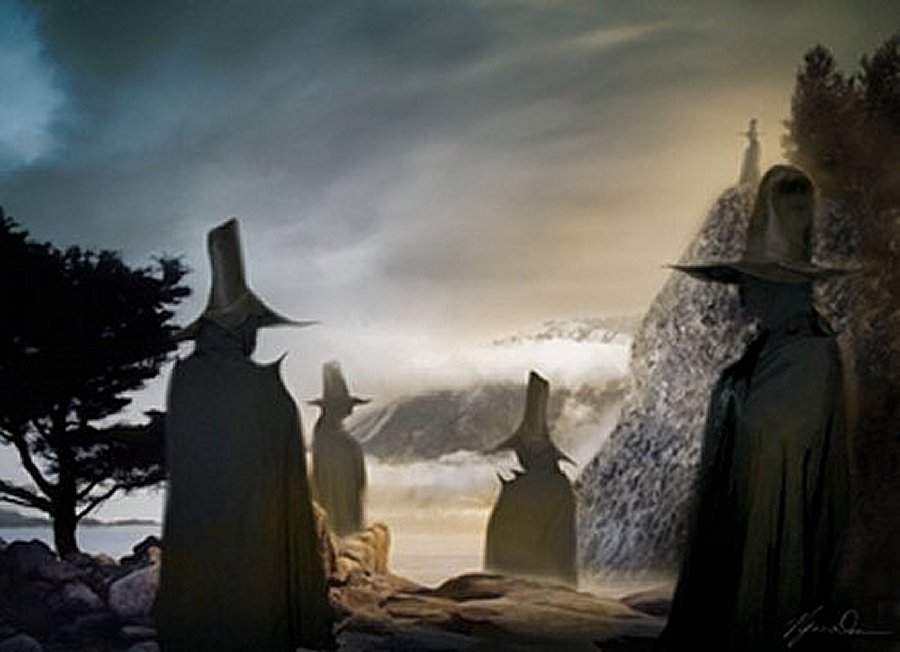 The Dark Watchers are apparently giant human-like phantoms that are only seen at twilight, standing silhouetted against the night sky along the ridges and peaks of the mountain range. When spotted, the beings are usually seen staring off into the open air of the mountains seemingly at nothing in particular before vanishing into thin air occasionally right before the spectators' eyes.

In their book, In Search of the Dark Watchers, authors Thomas Steinbeck and Benjamin Brode write that the “Romans coined the original term and in ancient times this spirit was envisaged as an actual creature, a guardian animal or supernatural being such as an elf, a fairy, or ghost.

How far away from this original idea of Genius loci are the Dark Watchers?

Over time, beliefs of literal spirits were discarded and less supernatural concepts have prevailed.”

In modern times there are some people who said they have encountered a Dark Watcher, but what these giant beings are looking for or watching is beyond anyone’s current comprehension. There are no scientific explanations, only speculations.

In the book, Weird California, it is said the “the Chumash Indians first spoke of them in legends and their cave painters drew them in their colorful wall drawings.

“Pepe looked up to the top of the next dry withered ridge. He saw a dark form against the sky, a man’s figure standing on top of a rock, and he glanced away quickly not to appear curious. When a moment later he looked up again, the figure was gone.” 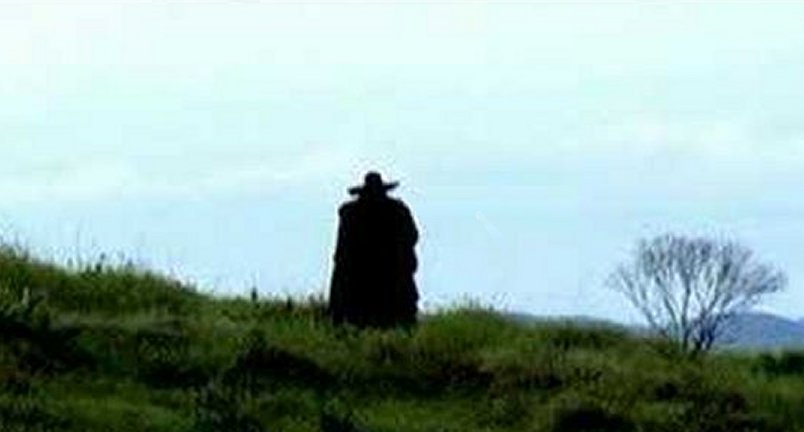 Also in 1937, the poet Robinson Jeffers mentioned them in his poem “Such Counsels You Gave to Me” as “forms that look human, but certainly are not human”. If Jeffers or Steinbeck ever actually saw one of the Watchers is unknown, but the local legend has been around since long before they wrote about it.

In the mid-sixties, a Monterey Peninsula local who was the past principal of a local high school saw them while hiking in the mountains. He had enough time to study the dark figure, to see its clothing and notice how the figure was strangely studying the mountains. When the principal called out to his fellow hikers, the figure disappeared.

Other, more recent sightings have included a dark hat and cape in the description of the mountain residing phantoms.”

The Dark Watchers are sometimes also referred to as the Old Ones. They pre-date the coming of the white man in America and all Native American tribes have stories about them. It is said that Spanish explorers encountered these enigmatic beings and several Mexican soldiers reported seeing them.

The origin and identity of these mysterious beings remain an unexplained ancient mystery that baffles us until this day.

Copyright © AncientPages.com - All rights reserved. This material may not be published, broadcast, rewritten or redistributed in whole or part without the express written permission of AncientPages.com