A. Sutherland - AncientPages.com - This controversial artifact in form of a wooden tablet known as the Dispilio Tablet (or the Dispilio Disk) clearly contradicts history as we know it.

If it is proved one day, the beginning of writing goes back in time two thousand years at least. 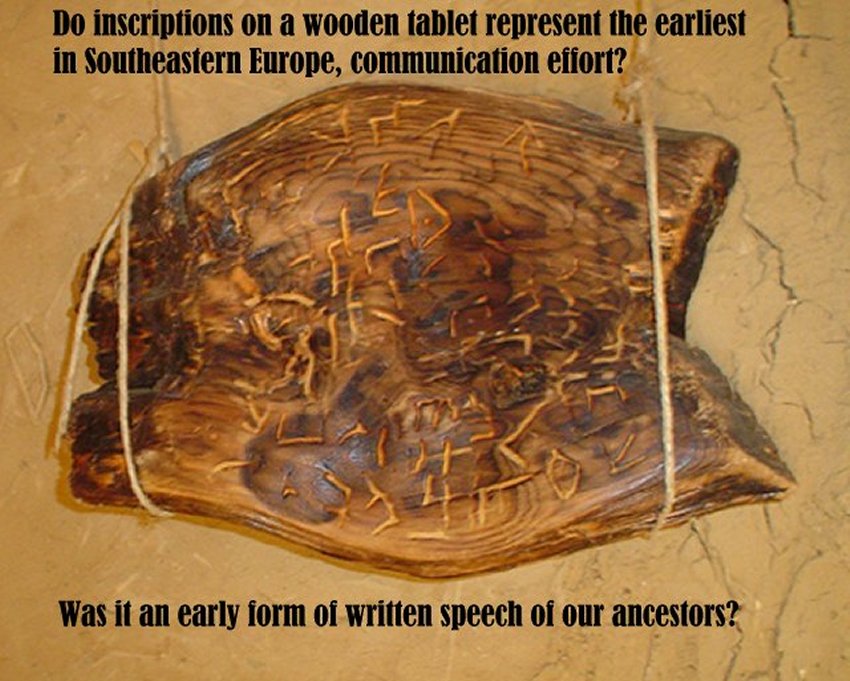 The curious wooden tablet was unearthed during excavations conducted by the professor of prehistoric archaeology George Chourmouziadis and his team in the Neolithic settlement near the modern village of Dispilio on Lake Kastoria, in Northern Greece.

Among many other artifacts, there were also found bone flutes (image below), the oldest musical instrument ever found in Europe, but still, the most important find is the puzzling tablet with signs, which so far, no one has been able to decipher.
Do inscriptions on a wooden tablet represent the earliest in Southeastern Europe, communication effort? Was it an early form of written speech of our ancestors?

The artifact - inscribed with symbols similar to those of the Vinca Culture - has been carbon 14-dated to about 5260 BC, which means that it is 2,000 years older than proto-Sumerian pictographic script from Uruk (modern Iraq) and 4,000 years older than the Cretan-Mycenean linear types of writing.

According to professor Chourmouziadis, the text with the markings could not be easily publicized because it would ultimately change the current historical background concerning the origins of writing and articulate speech depicted with letters instead of ideograms within the borders of the ancient Greek world and by extension, the broader European one. 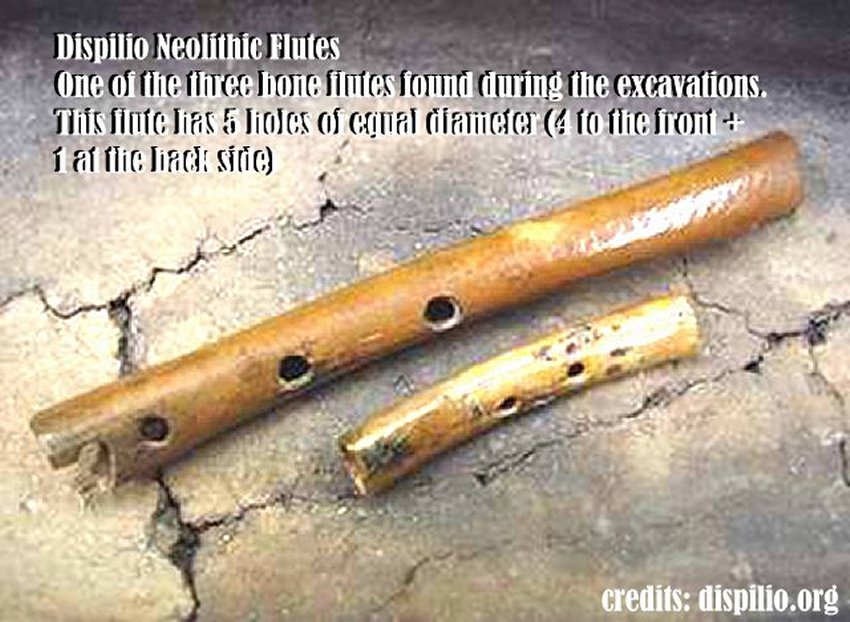 The current theory proposes that the ancient Greeks received their alphabet from the ancient civilizations of the Middle East (Babylonians, Sumerians and Phoenicians) and thus, it fails to close the historic gap of some 4,000 years.

This gap translates into the following facts: while ancient eastern civilizations would use ideograms to express themselves, the ancient Greeks were using syllables in a similar manner like we use today, according to Chourmouziadis.

The currently accepted theory suggests that the ancient Greeks learned to write around 800 BC from the Phoenicians. 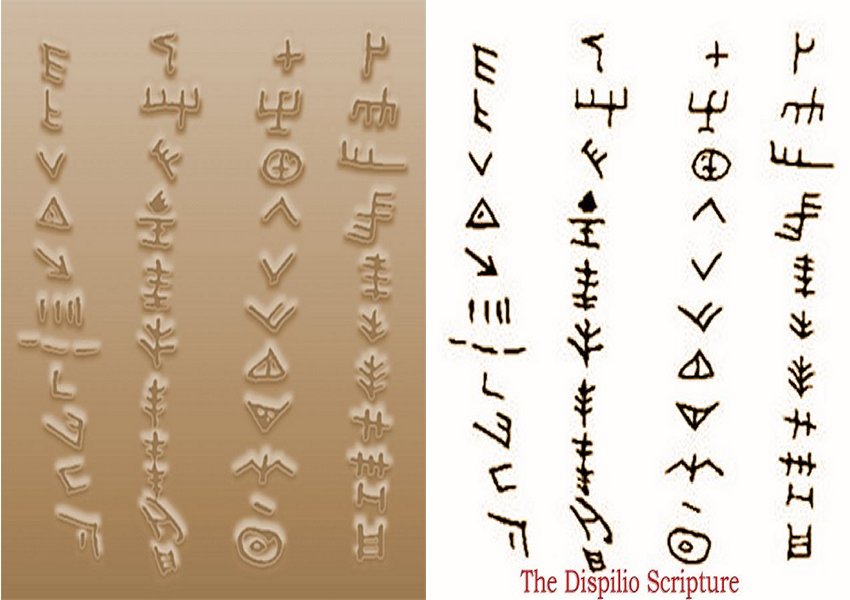 Among the many important questions that emerge among scholars are:

It would be impossible for the ancient Greeks to write these poetic works without having had a history of the writing of at least 10,000 years back, according to US linguistic research.

The markings on the tablet did not resemble the human figures, the sun and moon or other figures ideograms usually depict, according to Chourmouziadis.

Dispilio is the only excavated Neolithic lakeside settlement in Greece. Archaeological research showed evidence that the site was continuously used from the Early Neolithic (about 6000 BC) to the Late Chalcolithic period (about 1200 BC, Mycenaean period). Excavations revealed a portion of the settlement with the architectural layout of homes, the building materials, and fragments of pottery, stone and bone tools, clay figurines (both anthropomorphic and zoomorphic), miniature representations of objects also on clay, animal and fish bones, and charred fruits and grains.
These findings contributed information on the everyday lives of the Neolithic inhabitants of the area. A series of charcoal and wood samples were radiocarbon dated to about 5470 to 4850 BC.
The most unexpected of the finds, a wooden tablet from the lake bearing engraved symbols, was 14 C dated to 5260 ± 40 BC. In addition, clay tablets and pottery vessels engraved with similar symbols were also unearthed from layers dated to the same period. 'If this proves to be a primary source of written communication, the history of writing should be reconsidered and Neolithic societies should not be considered “societies without writing.'