AncientPages.com - There are still many mysterious ancient scripts, tablets, codes and maps that until this day remain undeciphered.

Here we take a look at some of the most intriguing ones. 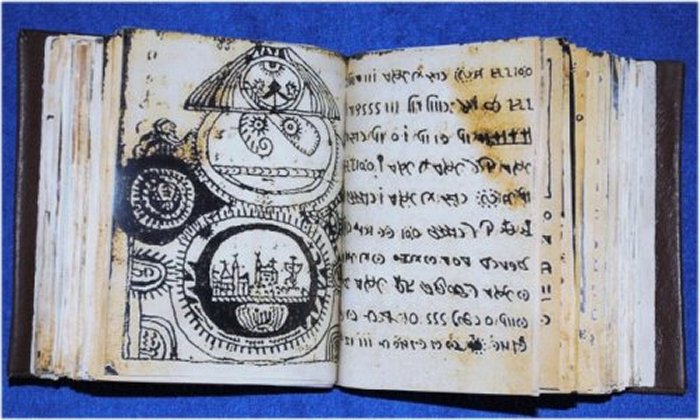 There are books which still remain unread because their writing and language are a mystery. The Rohonczi Codex is just such a book filled with unknown sign-strings supplemented by illustrations that depict symbols of the cross, crescent, and sun/swastika and environment where Christian, pagan, and Muslim religions coexist.

This lengthy handwritten book has 448 paper pages. Each page has between 9 and 14 rows of symbols, which may or may not be letters. Its small format resembles a prayer book. If so, the question is to which religion it is dedicated. Read more 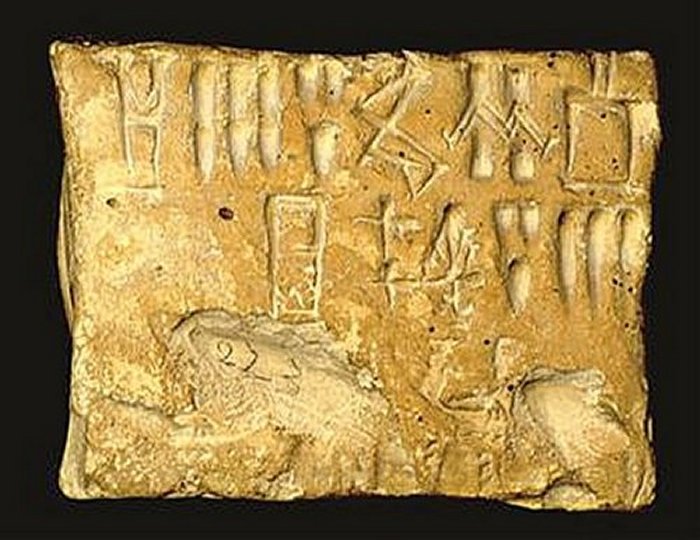 Manuscripts written in the Proto-Elamite writing system used in ancient Iran from 3,200 to 3,000 BC is the oldest undeciphered writing system.

About 80-90% of the signs remain undeciphered, but new technology has allowed researchers to come closer than ever to cracking this enigmatic writing. Read more 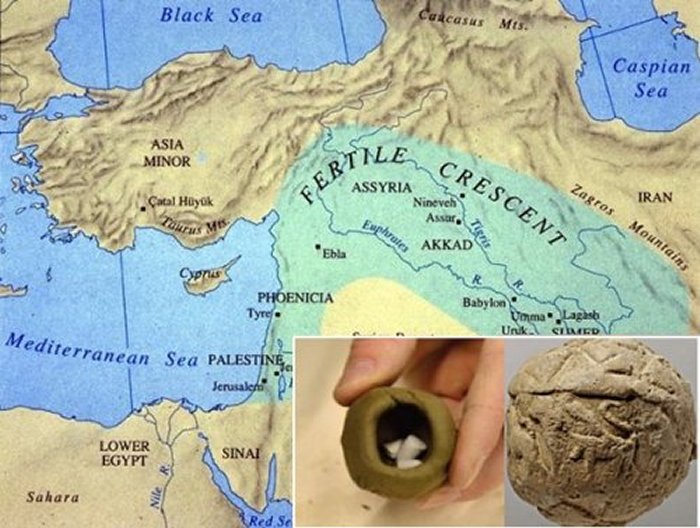 Were ancient people familiar with computers? Is it possible the world's oldest data storage system was invented more than 5000 yeas ago?

Scientists are trying to decipher ancient lost code that could reveal our ancestors kept data records long before our modern society developed storage systems. In the late 1960s, archaeologists excavated several stone balls in western Iran. Their purpose and meaning remain unknown, but there are some intriguing scientific speculations. Read more 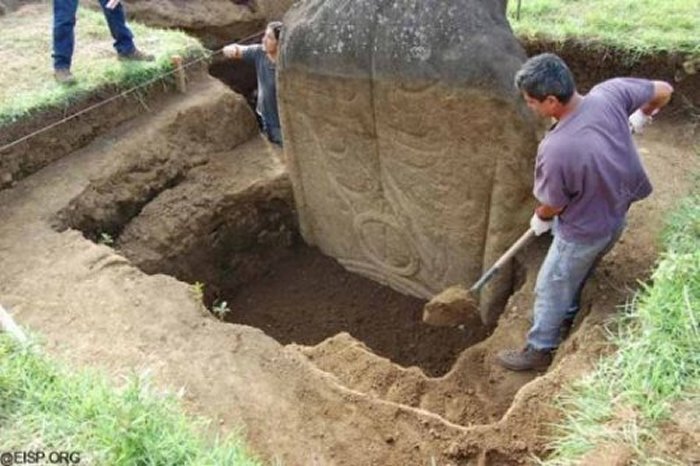 Standing some 2,000 miles west of Chile, on the Easter Island, 887 mysterious giant statues have intrigued scientists and the public for years. For a long time it was believed that the massive statutes consisted of just the heads.

However, in October 2011, when the Easter Island Statue Project began its Season V expedition, scientists could reveal remarkable photos showing that the bodies of the statues go far deeper underground than just about anyone had imagined. The statutes on Easter Island have bodies covered with ancient undeciphered petroglyphs. Read more

5. The Glozel Writings - A Puzzling And Bizarre Archaeological Mystery 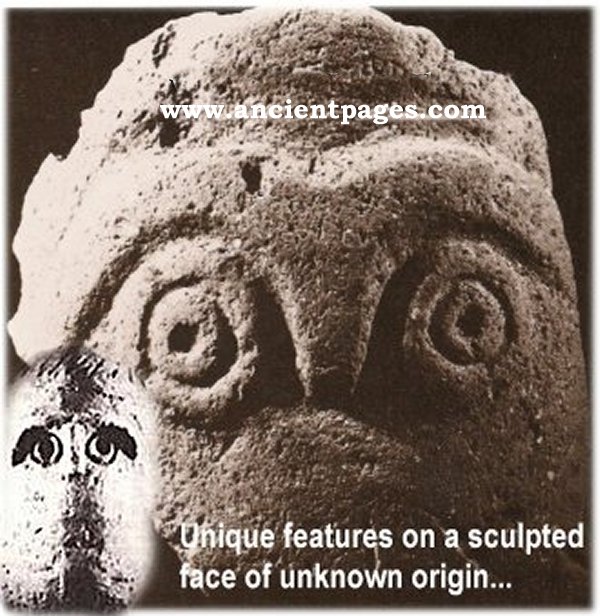 One of the greatest archaeological scandals has its roots at Glozel, a small village near Vichy in southern France.
The Glozel writings were much disputed and finally rejected by the critics.
The main reason for their rejection is that the writings - if genuine - indicate the use of a written alphabet thousands of years before man was supposed to have come up with a idea of such thing as alphabet. Read more 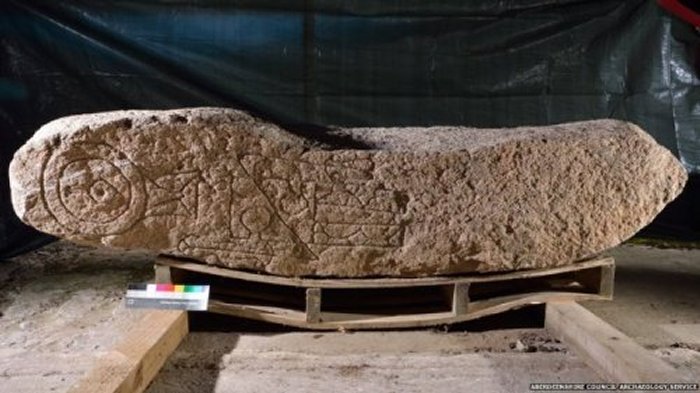 The Dandaleith Stone was accidentally discovered in Craigellachie, Scotland last year by a farmer during the ploughing of a field.

The stone dates from the 6th to 8th centuries and contains several undeciphered signs. Archaeologists have been unwilling to release much information about this unique stone due to its sensitivities around the location as well as the issue of having to work out how to remove a stone of its size. The precise location where the stone was found remains secret to allow archaeologists to investigate the site for further artifacts. Read more

7. Will The Rongorongo Enigma Never Be Solved? 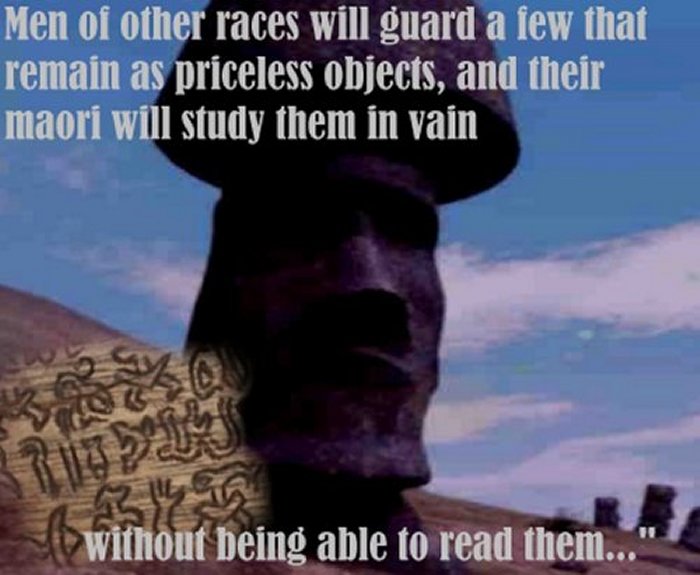 "...Future events will destroy these sacred tablets... Men of other races will guard a few that remain as priceless objects, and their maori will study them in vain without being able to read them..."

These prophetic words were written about Rongorongo, a mysterious script of Easter Island. The script in form of lines of hieroglyphs is carved on 25 pieces of wood, which can be found today in diverse museums around the world but not on Easter Island where they belong. Read more

Has the Spider Rock treasure ever been found? Can some undeciphered ancient stone maps filled with strange, mysterious signs point the location to this well-hidden legendary treasure?

The strange rock was discovered by a man named Stewart who was at the time working on the legendary "Spider Rock" Spanish gold burial in the cedar brakes country near the Salt Fork of the Brazos River in Stonewall County. The Spider Rock map was dug up by a group of treasure hunters in 1908. A blueprint was made of the "map" since the mysterious rock itself has become lost. Read more

9. "The Starving Of Saqqara Statue" And Its Undeciphered Inscription 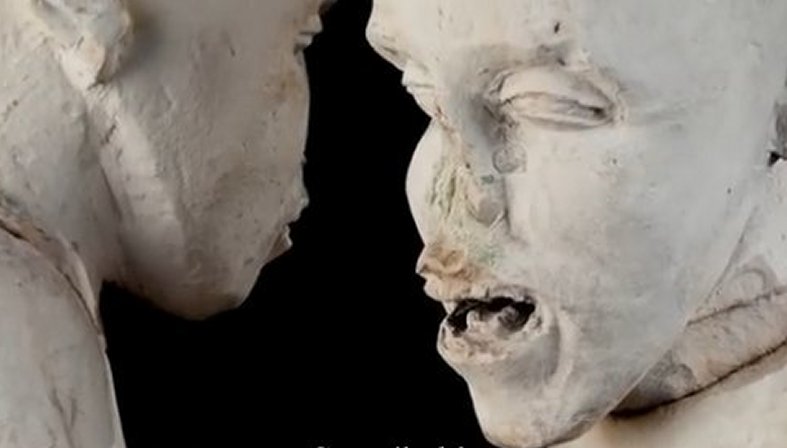 In Canada, there is a very odd artifact that is possibly thousands of years old and is thought to pre-date the Pyramids of Egypt.

The enigmatic statue has baffled scientists for more than a decade. The true origin and the age of the statue are unknown. In addition, the unidentified writing at the bottom makes the whole story even more baffling. Read more

10. What Kind Of Message Does The Phaistos Disk Contain? 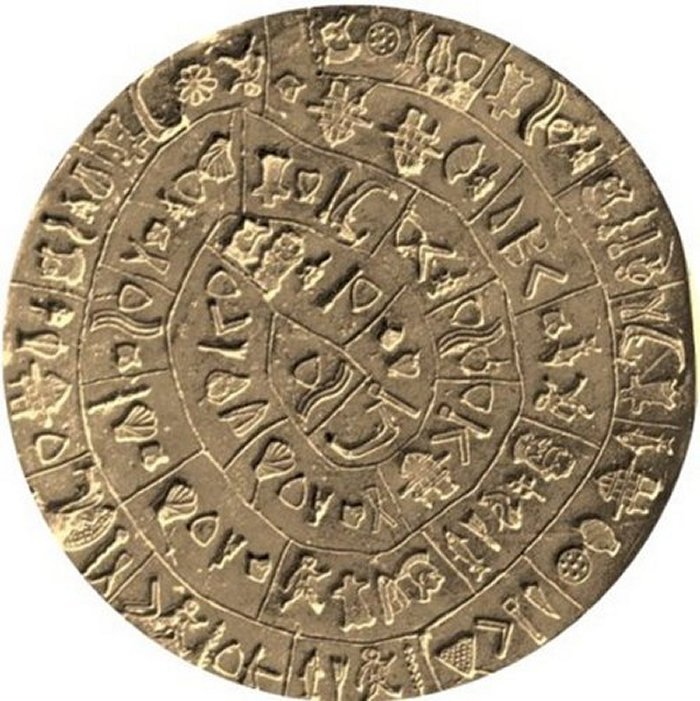 Does the Phaistos Disk of Greece contain a message left by an unknown culture present on Earth thousands of years ago? Does it relate to the destruction of Atlantis? Why does this artifact exist? Who created it and for what purpose? What kind of information is stored on the disk? Read more