Ellen Lloyd - AncientPages.com - The Genetic Disc is a remarkable artifact that could re-write ancient history and humanity's ancient beginnings.

The disc, carved in Lydite is only about 27 centimeters and weighs about 2 kg. It contains incredible information that can only be seen with the help of a microscope! 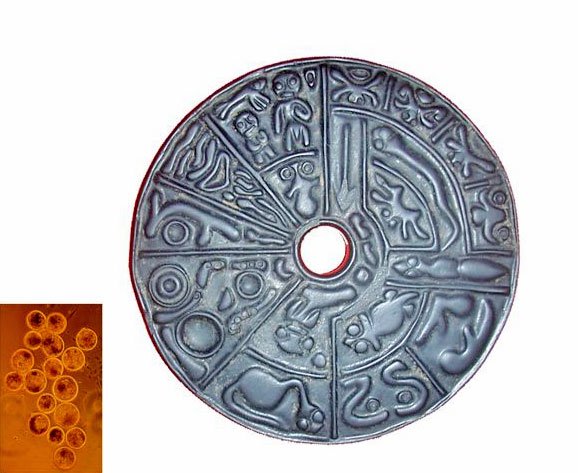 The Genetic Disc is a relic that shouldn't exist, but it does.

The Genetic Disc was originally discovered in Colombia by Professor Jamie Gutierrez. Since it does not fit any existing pre-Columbian culture, it is assumed to be more than 6,000 years old and was created by an unknown ancient civilization that used alien technology.

The truth is we have no idea how or why the carvings were made at a time when humans were not supposed to have knowledge of advanced biology and microscope technology.

The creators of the "Genetic Disc," carved depictions of human biology that can only be seen with a microscope!

On the edge of the Disc, there is a symbol of a snake.

In the middle of the disk there is a hole. It is possible that the Disc was originally was fixed on a stick and then turned around?

One side shows biological details like male sperms, female egg cell and the genitals, the fertilized egg, foetus and the growing embryo. 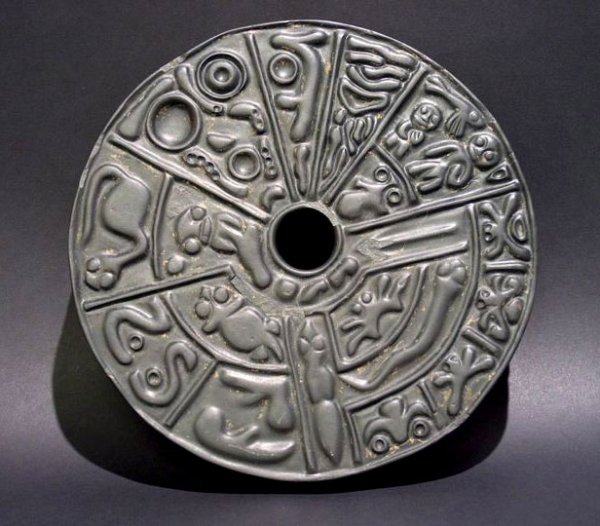 On the other side, there are several presentations of fetus in different sizes, different ages, ending up with what looks like a little child. Some of the carvings seem to depict human-like heads.

Like so many other controversial ancient artifacts, the Genetic Disc has often been labeled a fraud, but what if the Disc is real and yet another uncomfortable relic that challenges the views of history as we know it?