Ellen Lloyd - AncientPages.com - Is it possible to find evidence ancient Egyptians and Africans visited America in the past? Can the controversial Davenport and Pontotoc stele shed light on the mystery?

The Davenport Stele was unearthed in a burial mound in 1877 in Iowa. This curios artifact is called "The Davenport Calendar stele" or the "Djed Festival tablet". 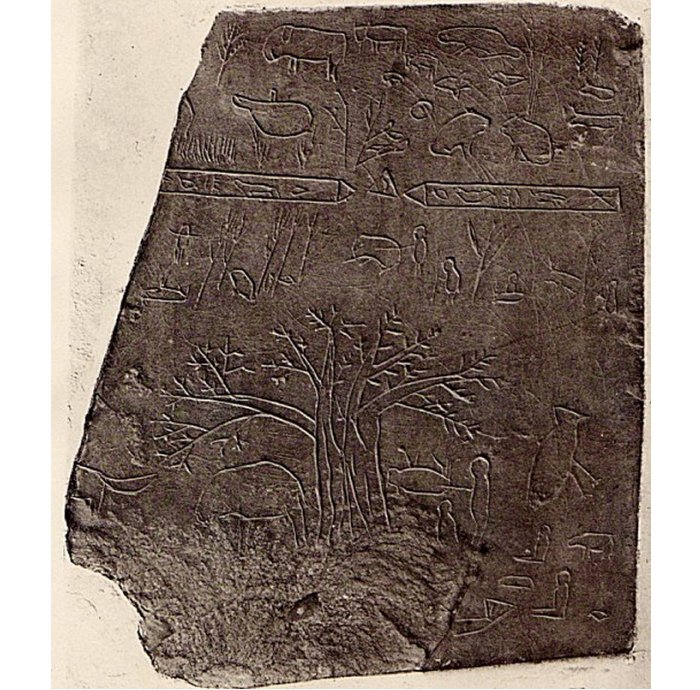 It contains a carving of "Opening of the Mouth Ceremony" which is of Nubian/Egyptian origin. Dr. Barry Fell (1917-1994), a Harvard scholar with an avocation for ancient writings. Egyptian and Libyan explorers had sailed up the Mississippi River and left the written stone tablet, the Davenport Stele. However, the University of Iowa archaeologist Marshall McKusick disagreed, and said the tablet was a hoax.

According to McKusick, the Davenport Stele hoaxers had been members of the Davenport Academy of Science who had buried fake stone tablets "on the old Cook farm."

They wanted to trick one of their members and then ridicule him. Dr. Barry Fell allowed that two of the three stone tablets had indeed been probable fakes.

"But the third, which he refers to as the Davenport Calendar Stele, definitely is not, he says." 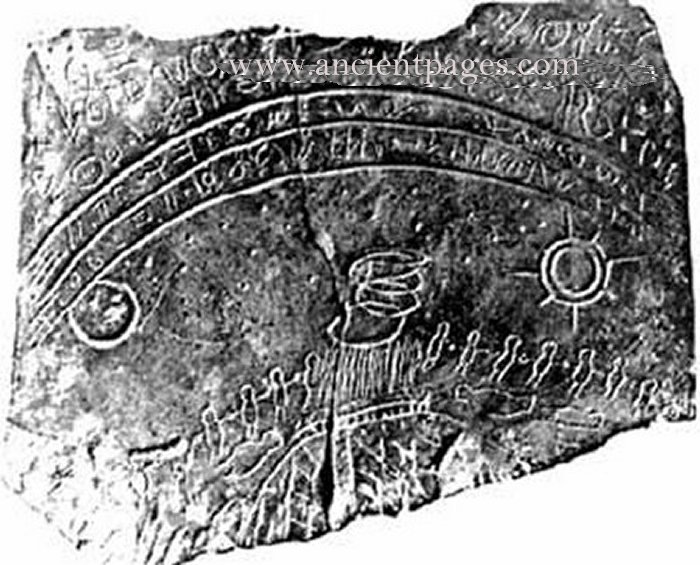 In the book, The First Americans Were Africans: Documented Evidence, Dr. David Imhotep writes that "the religious similarities here are numerous and sometimes not only similar but identical to the Djed Festival of ancient Egypt. This ceremony traces back, however, before Egypt to Nubia because the Egyptian God Osiris is part of the ceremony. This means the Djed Festival predates even Egypt."

According to Fell, the Davenport Stele contains a "trilingual text" in the Egyptian, Iberian-Punic, and Libyan languages. "This stele, long condemned as a meaningless forgery, is in fact one of the most important steles ever discovered," wrote Dr. Fell in his book America B. C. - Ancient Settlers in the New World.

Dr. Fell surmised that the Davenport Stele dates back to the Twenty-second, or Libyan, Dynasty of the Egyptian empire, "a period of overseas exploration."

On one side there are carvings of Egyptian writing and the festival. On the other side, there is a picture of two Egyptian obelisks, a pyramid, and African animals.

Another controversial and very interesting artifact is the Pontotoc stele found in Oklahoma by Gloria Farley and Weldon W. Stout. 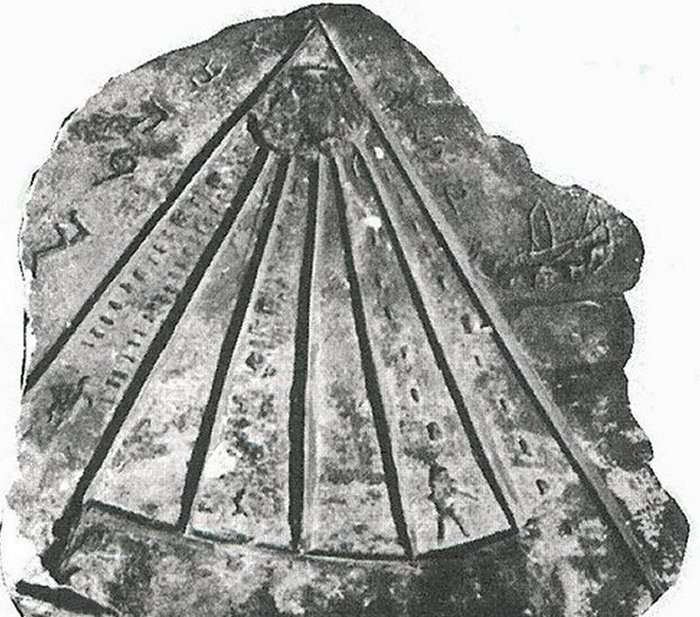 It is considered to be the work of an early Iberian colonist in America, as the script is that known otherwise from the Cachao-da-Rapa region in northern Portugal. It depicts the life-giving rays of the sun descending upon the earth beneath. To the left the Iberian Punic letters spell "Start of Dawn," to the right "Dusk," with the crescent-shape of the moon. Two of the panels contain Ogam Punic, partly illegible, but sufficiently clear to disclose the phrases "When Baal-Ra rises in the east, the beasts are content, and (when he hides his face), they are displeased."

The First Americans, as seen on the cover of this book, will be thoroughly covered. The picture was taken by the crew of The HMS Challenger Expedition, 1872-1876 A.D. at the most Southern region of South America, at a place called Tierra del Fuego. This picture can be seen today in the Natural Museum of London. Africans not only came before Columbus and Clovis but were in the Americans far before any other group, at least 60,000 years ago. We will go through evidence exposed by a panel of credible scholars, professors, and researchers. 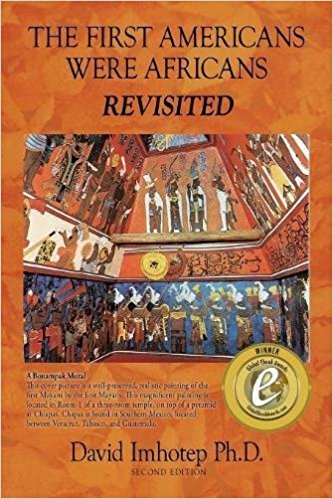 Cowboys and Indians? Not hardly. The Cowboys, actually, came on the scene very late. The First Americans, as seen on the cover of this book, will be thoroughly covered. The picture was taken by the crew of The HMS Challenger Expedition, 1872-1876 A.D. at the most Southern region of South America, at a place called Tierra del Fuego. This picture can be seen today in the Natural Museum of London. Africans not only came before Columbus and Clovis, but were in the Americans far before any other group, at least 60,000 years ago. We will go through evidence exposed by a panel of credible scholars, professors and researchers.

The evidence lies in several different scientific fields. Do not forget the Egyptians. They were also here far before the Vikings or Columbus. They left structures above and below the waves in far away places in North America. From the East to the West Coasts; from the valleys to mountain tops that still carry their names. You will read about remnants of their artifacts, writings, architecture and more. For years this story was hidden and forbidden to be repeated. Researchers who dared to bring out new finds that were against the accepted history were intimidated, funding terminated and in some cases jobs and careers put in jeopardy. Authors such as Dr. Imhotep are now throwing caution to the wind and lifting the veil of secrecy never to be closed again. This is a true history for all to learn and enjoy and there is much more on its way . . . as the veil of secrecy and concealed information is made available to the public in my future, "Lifting of the Veil Series".. Read more

These identify the inscription as an extract from the Hymn to the Aton by Pharaoh Akhenaton, here translated into Iberian Punic. Further study of this remarkable stele is still in progress. Although Akhenaton's hymn dates from the 13th Century B.C., this American version can scarcely be older than about 800 B.C. The engraver who was interrupted, covered over his work with soil, and never returned to complete the blank panels.

Could these two controversial artifacts prove the presence of ancient Egyptians and Africans in America? More studies need to be done before we can unravel this intriguing mystery.

However, the tablets engraved with hieroglyphics that were discovered in the lost underground city of Grand Canyon also reveal ancient Egyptian presence in America.