Ellen Lloyd - AncientPages.com  - The idea that there could be a secret 5,000-years-old underground city hidden somewhere beneath Death Valley, California is fascinating.

Those who entered the subterranean tunnels and visited this marvelous place say the city was once inhabited by an unknown race.

Now, thousands of years later the place had been abandoned, but the visitors saw strange mummies and curious old artifacts. 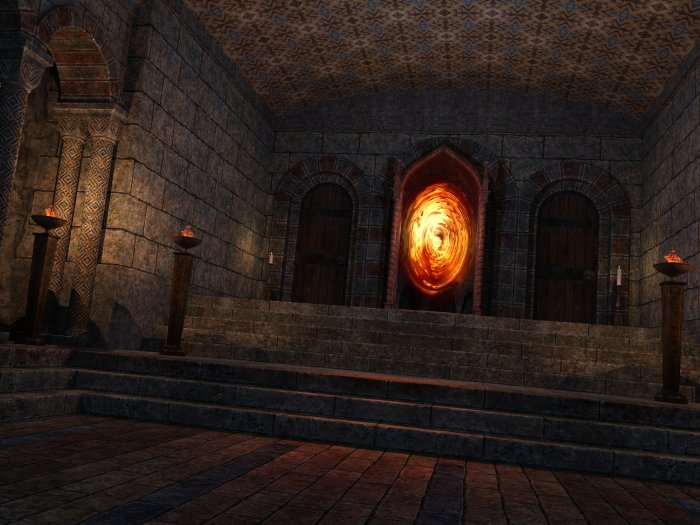 Is it possible that such a mysterious underground world exists beneath the Death Valley? Where is it located? Who was this strange and unknown race that once dwelled underground? Could they have been the Serpent People?

Before we can enter the realms of this mysterious subterranean world, we must first listen to the words of the Paiute Indians who have legends describing an underground world few people have heard of.

The story as described in Jim Brandon's very interesting book Weird America tells of how several thousand years ago the great Paiute chief lost his wife. Filled with sorrow and convinced that life was not worth the living, he took his earthly body into the spirit land.

His journey into the land of the dead was a long ordeal.

He passed through an endless underground passage following the trail of all brave Indian spirits.

He was beset by fierce beasts, evil spirits, and supernatural demons.

But the courageous chieftain fought his way onward through the ghoulish cavern.

He won through to the sunlight at the far end and his feet resolutely carried him across the narrow ribbon of rock arched over a bottomless chasm.

He stepped from the bridge of rock into the green meadows of the land of the dead, a great kingdom ruled by Shin-au-av.

One daughter of Shin-au-av took the chief by the hand and led him to a vast natural amphitheater. It was a dancing place and many thousands of dead and happy Paiutes were dancing in a huge circle. The Paiute chief said he wanted to see his wife. 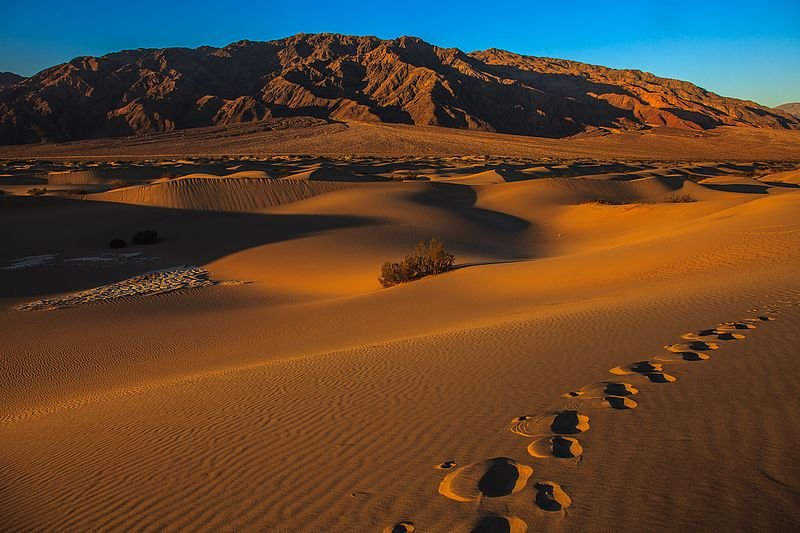 The female told him that once he seized his wife, they must both leave the valley quickly without a single, backward glance. The Paiute chief promised he would do just that. He waited for several days and nights until he finally spotted her. Together they fled across the valley to the rock arch which spanned the bottomless chasm and joined the land of Shin-au-av to the long cavern and the world of human life.

He forgot he promised not to look back and he turned around to take a last look at the valley. The instant he looked back his wife vanished into thin air and he found himself standing alone. He rejoined his tribe and rejoined his tribe and spent the remainder of his days describing the beauties and luxuries of the land of Shin-au-av. His story became well known to all the Paiutes.

This was the legend of the underground world Shin-au-av. Now, let us move forward in time and investigate what curious discoveries were made in modern days.

Very little is known about the ancient secret underground kingdom of the Shin-au-av people. In his book Weird America, Jim Brandon tells there is a Piute, or Paiute, Indian legend of an underground city below Death Valley, that they refer to as Shin- Au-av. An Indian guide in the 1920s, Tom Wilson, claimed that his grandfather had discovered catacombs below the ground in the area.

After wandering into a miles-long labyrinth of bizarre caves beneath the valley floor, he discovered an underground city where people spoke an unknown language and wore leather-like clothing.

In the book Death Valley Men, author Bourke Lee describes how he met with two men Jack and Bill, who describe to Lee their conversation with two other men named White and Thomason about an 'underground city' which they claimed to have discovered. 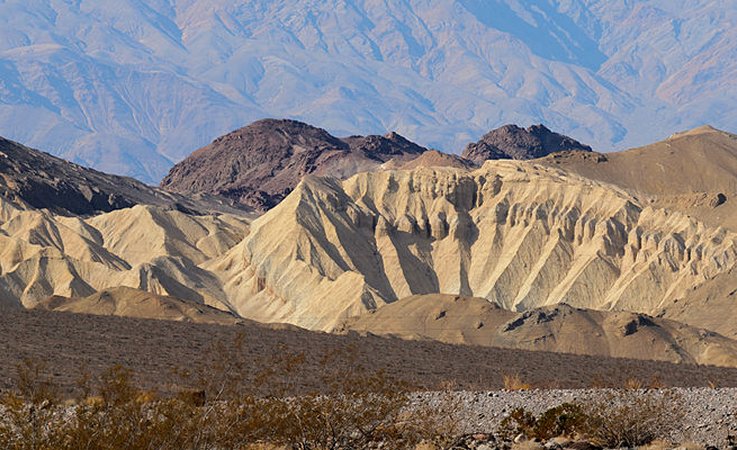 There are also stories of two men named White and Thomason who claimed that they found the catacombs after one of them had fallen through the bottom of an old mine shaft near Wingate Pass, which is in the southwest corner of Death Valley. Wingate Pass was the old route the mule teams took when hauling borax out of Death Valley in the 1800s.

They claimed that they discovered within the city several perfectly preserved 'mummies,' which were clad in fine leather and wore thick gold armbands and wielded gold spears.

The city had apparently been abandoned for ages, except for the mummies, and the entire underground system looked very ancient. It was formerly lit, they found out by accident, by an ingenious system of lights fed by subterranean gases.

They claimed to have seen a large, polished round table which looked as if it may have been part of an ancient council chamber, giant statues of solid gold, stone vaults and drawers full of gold bars and gemstones of all kinds, heavy stone wheelbarrows which were perfectly balanced and scientifically-constructed so that a child could use them, huge stone doors which were almost perfectly balanced by counterweights, and other incredible sights."

They had brought some of the treasure out of the caverns and tried to set up a deal with certain people, including scientists associated with the Smithsonian Institution, in order to gain help to explore and publicize the city as one of the 'wonders of the world.'

These efforts ended in disappointment, however, when a 'friend' of theirs stole the treasure (which was also the evidence) and they were scoffed at and rejected by the scientists when they went to show them the 'mine' entrance and could not find it. A recent cloudburst, they claimed, had altered and rearranged the entire countryside and the landscape did not look like it had before."

It is a fascinating story and an unsolved ancient mystery. Does the underground city of the Shin-Au-Av really exist? Will it ever be found?

Once again, we are left with so many questions and few answers…

Copyright © AncientPages.com  All rights reserved. This material may not be published, broadcast, rewritten or redistributed in whole or part without the express written permission of AncientPages.com and Ellen Lloyd