AncientPages.com - If you ever have the chance to visit the Beit Guvrin caves, make sure to bring a headlight and try to remember which way you came or you will wander around this place dark and beautiful ancient place.

This incredible ancient tunnel system that is virtually unknown to foreigners reminds of an unending labyrinth.

The caves, which are very difficult to find even when you know where they should be, are located at the The Beit Guvrin National Park The town of Beit Guvrin replaced the city of Maresha, one of the Judean cities mentioned in the Bible (Joshua 15:44 and Chronicles 2, 11; 5-8) as a city fortified by Rehoboam, so that it could withstand Egyptian attack. 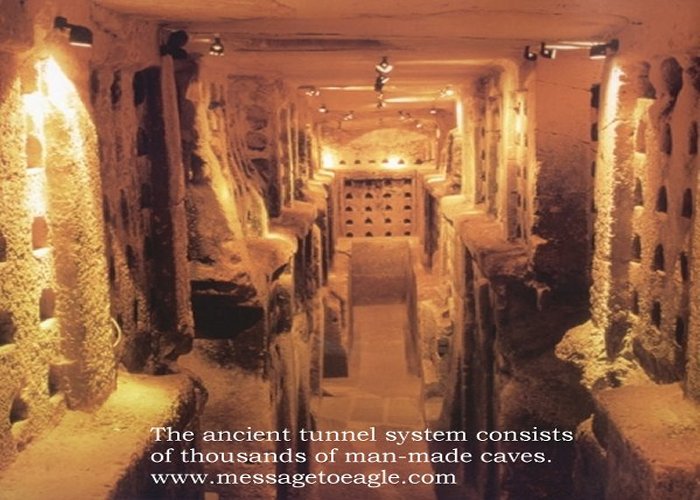 In 112 BCE Maresha was conquered by the Hasmonean king, John Hyracanus I, who destroyed the city and gave residents the choice of expulsion or conversion to Judaism.

The town managed to recover somewhat and was ultimately destroyed in 40 BCE.

The vast ancient tunnel system consists of thousands of man-made caves which were cut as quarries for the buildings which were built above them. The systems were often reached through trap doors in Jewish villages, some of which are now archaeological sites, others have been completely destroyed. Today, they may be no more than an indistinct, shoulder-width opening in the ground or hillside.

In many of the caves you may have to crawl, even slither. Sometimes, turns can be so tight you may have to back up to a spot where you can flip from head to feet first in order to continue.

The Bell Cave is different though. Its walls are made of beige colored limestone, it is large (over 60 feet high), airy and is easily accessible. 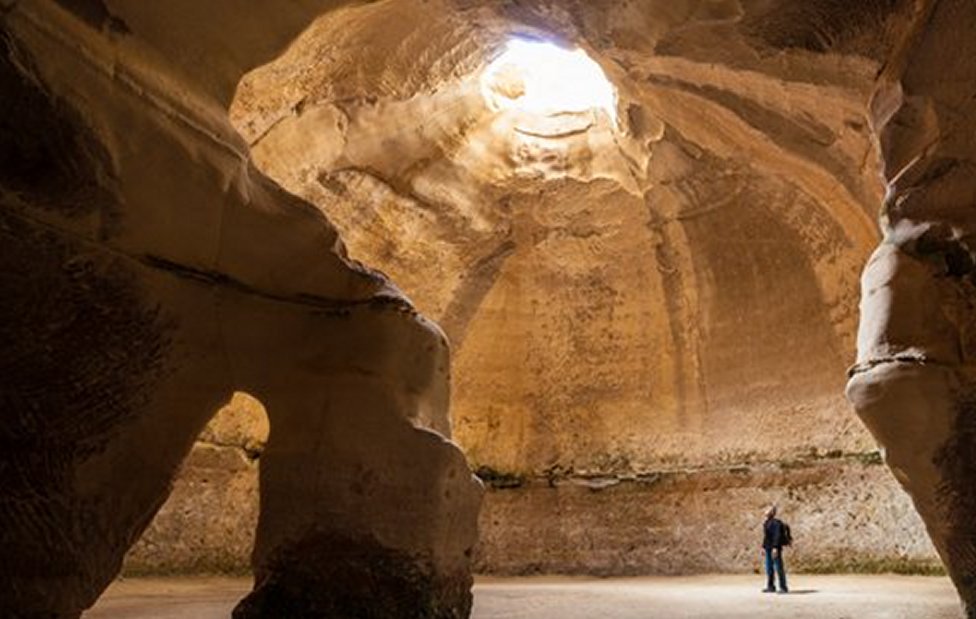 The Bell Cave is different

It is also a very unique place to hold a special event. While there are numerous bell caves within the park grounds, events are only held in one of these caves. It is one of about 800 bell-shaped caves located in the area.

The system may tunnel off in different directions, giving the sense of how the Jewish rebels lived and fought during two revolts against the Romans.

The great temple was destroyed in Jerusalem in 70 AD, and the next time it was damaged was under legendary leader Bar Kochba.

"Crawling inside a hiding complex is a thrill. We always expect the unexpected," said Amos Frumkin, a professor at the Geography Department at the Hebrew University of Jerusalem who heads the school's Cave Research Unit. 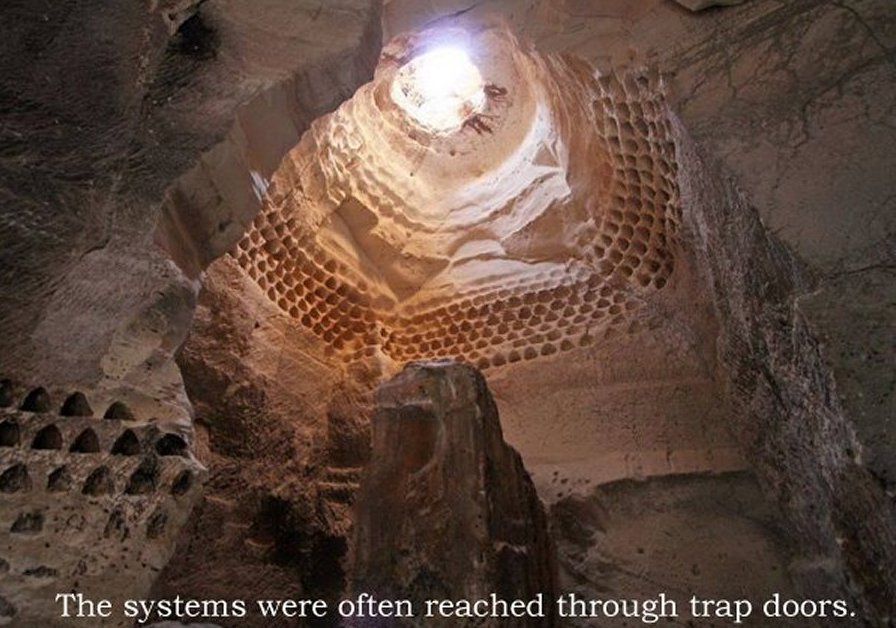 For decades he and his team have explored and mapped newly discovered systems, passing many days each year underground.

They have found ancient weapons, trap doors and olive presses during their surveys. Also earlier caves have been found farther north in the Galilee region, where team members were called to explore a tunnel system found just a few months ago.

Archaeologists had uncovered what they thought was a standard, eight-meter-deep water cistern, but later noticed it had narrow crawl spaces shooting off its base. 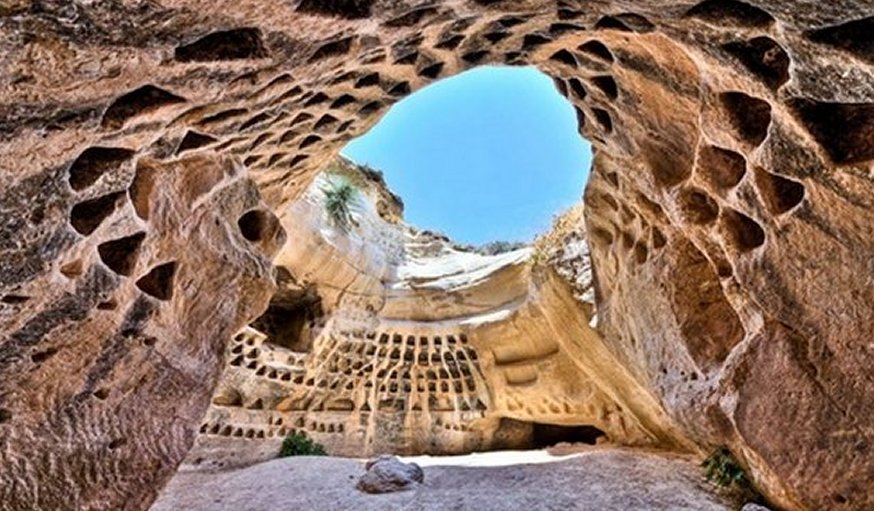 The team rappelled to the lower level, the first people in 2,000 years to tread there. With a metal detector and laser measuring tools they spent hours mapping just a fraction of the tunnels. Researchers have also mapped many of the nearby cavern hideouts that dot the cliff side of Mount Arbel overlooking the Sea of Galilee.

Roman historian Josephus described in his writings how King Herod lowered his men in chests from the cliff to the cave openings and, using fire, overtook the rebels. 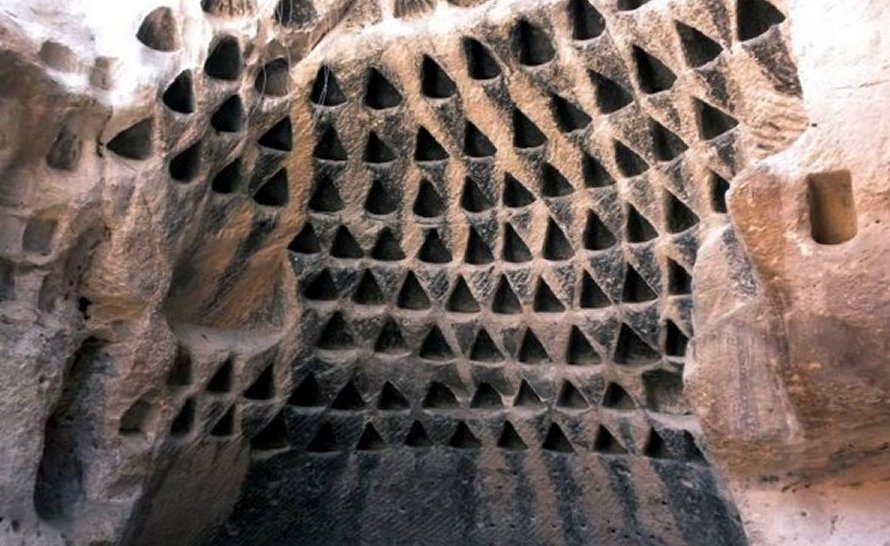 It is easy to lose your way in these underground mazes. Only a handful are well-marked and maintained, and it is best to hire a guide to take you around. And with proper climbing equipment, the extremely brave and experienced can repel even deeper if they come upon massive subterranean cisterns and chambers.

"These tunnels are an amazing secret that tourists unfortunately don't know about," said veteran guide Asael Lavi. "It's possible to spend an entire day or two crawling in the different systems and experience the fear, grief and even excitement that the rebels must have felt."

The Beit Guvrin ancient tunnel system and remarkable caves can easily be labeled as a true wonder of the Holy Land.