Ellen Lloyd - AncientPages.com - "...Future events will destroy these sacred tablets... Men of other races will guard a few that remain as priceless objects, and their Maori will study them in vain without being able to read them..."

These prophetic words were written about Rongorongo, a mysterious script of Easter Island.

The script in form of lines of hieroglyphs is carved on 25 pieces of wood, which can be found today in diverse museums around the world but not on Easter Island where they belong.

It is difficult to say whether there are only 26 Rongorongo tablets or many more hidden somewhere in caves of the mysterious Easter Island. 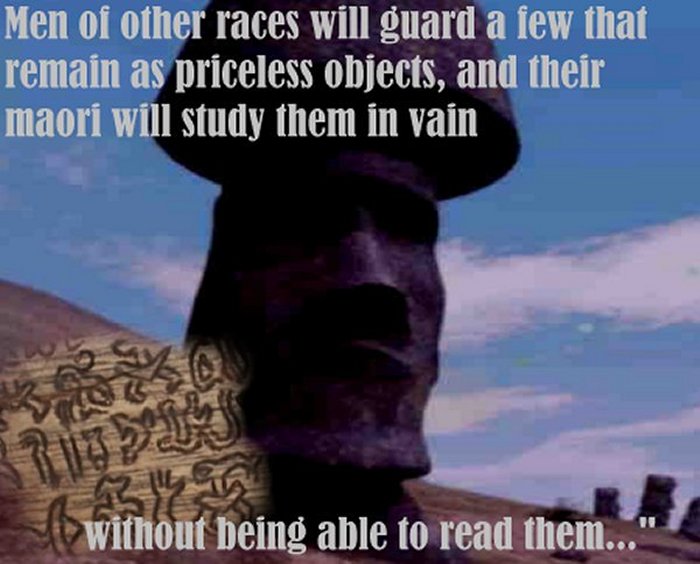 With certainty, however, we have to say that Rongorongo's symbols are important clues to ancient knowledge probably lost forever.

According to an old legend, Hoto (Hotu) Matua, the first king of the island, landed and established one of the most astonishing megalithic cultures in history. This was a mysterious culture of people who created huge stone monuments of Easter Island.

This legendary king brought 67 Rongorongo tablets with him containing traditions, genealogical tables, and other records of the past, and he was accompanied by learned men who knew the art of writing and reciting the inscriptions.

Based on the legend, it would mean that a lot of missing tablets simply disappeared. Many times the antiquity of Rongorongo writing was a subject of polemic and debate. 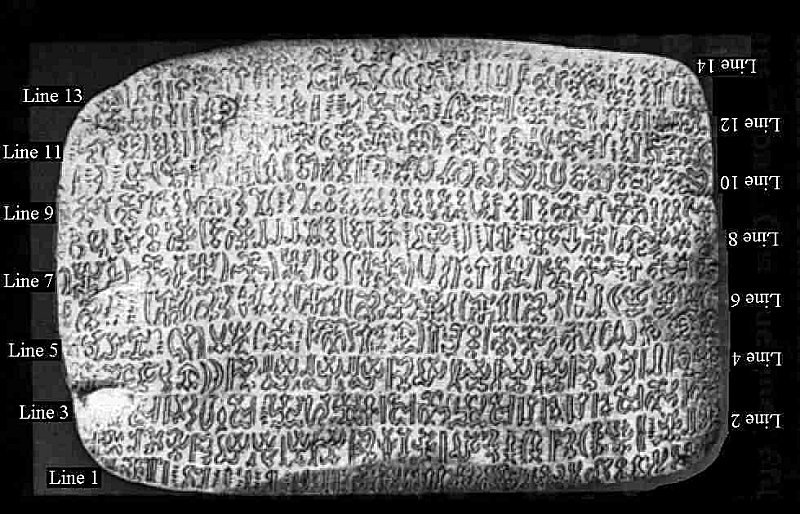 The tablets have never been deciphered even if many attempts have been made at a decipherment. Moreover, time of their creation is also unknown. As with most undeciphered scripts, there have been proposed many different theories and even claimed translations of them. The nature of the writing has been discussed countless times as well as the origin of the writing on mysterious wooden tablets.

According to Thor Heyerdahl, the explorer and adventurer the Rongorongo was related to South American scripts like the pictographic writing on wooden tablets made by the Cuna Indians of Panama and northwest Colombia.

On the other hand, it is not any easy task to decipher them, because many scholars do not even agree about the nature of Rongorongo writing. Some scholars suggest that it is not writing at all and others ponder over the tablets' writing system. Is it a pictographic system? If it is not any writing then what is it?

The unique Rongorongo symbols came to the attention of the first missionaries who arrived to Easter Island in the 1860s. Easter Island's Rongorongo inscriptions were to be first described to the outside world when the Frenchman Joseph-Eugéne Eyraud (1820-68) became the first known resident of Easter Island.

It was Eyraud who first mentioned the existence of rongorongo in 1864. 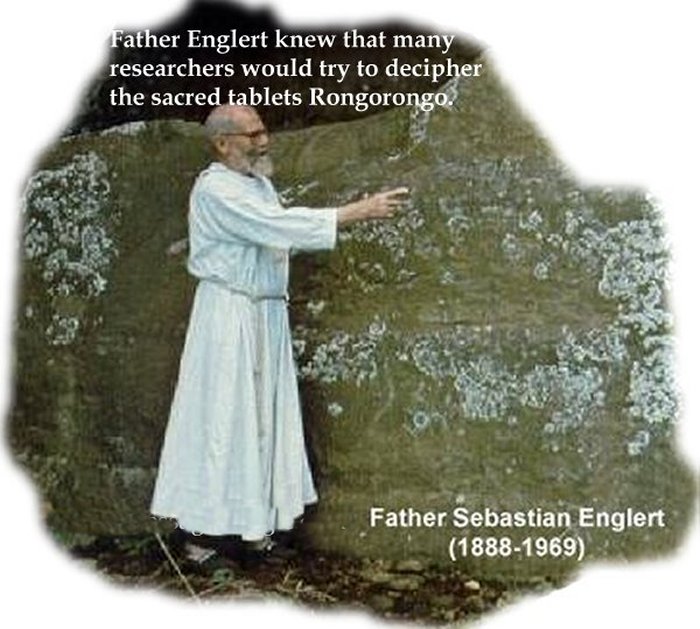 He correctly identified them as "hieroglyphic characters" and characterized the glyphs as those of "animals unknown on the island". He thought they were "probabbly a script in origin" and his approach is considered the first attempt at a serious intepretation of the phenomenon's genesis.

Among them was Father Sebastian Englert, a German missionary who worked in the island between 1937-1969 as parish priest documenting the island's history. Dr Englert - academically, probably the most overrated of all those who came in contact with Rongorongo historical truth, Professor of Classical Languages

In his book "Island at the Center of the World", Father Sebastian Englert sent a warning that could be also understood as a prophecy associated with the sacred tablets of ko hau Rongorongo (means: "chants" or great recitations of the signs") 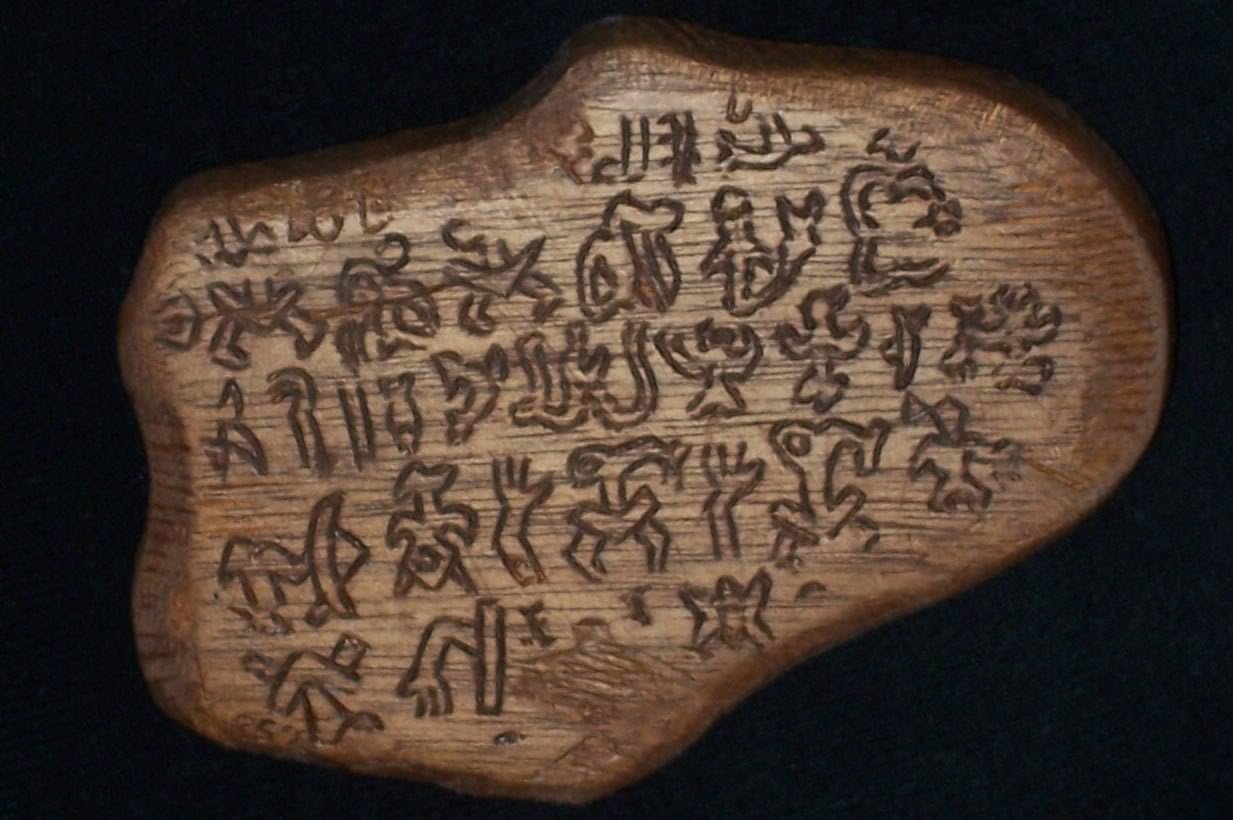 "Our ko hau Rongorongo are lost! Future events will destroy these sacred tablets which we bring with us and those which we will make in our new land. Men of other races will guard a few that remain as priceless objects, and their maori will study them in vain without being able to read them. Our ko hau motu mo Rongorongo will be lost forever. Aue! Aue!"

Father Englert knew that many researchers would try to decipher the sacred tablets Rongorongo. The "warning" is already partially fulfilled because the script's meaning had been lost.

He wrote in his book:
"The sequence of the writing is a rare and curious one called reversed boustrophedon that is, each line of script when it reaches the edge of the board turns back upside down to form the next line. This means that to read the script one must turn the board around at the end of each line..."

Rongorongo writing was carved mostly on wood, but some small samples exist on stone. It contains basic symbols such as human figures in diverse positions, animals, plants, celestial objects, birds, and geometrical shapes. 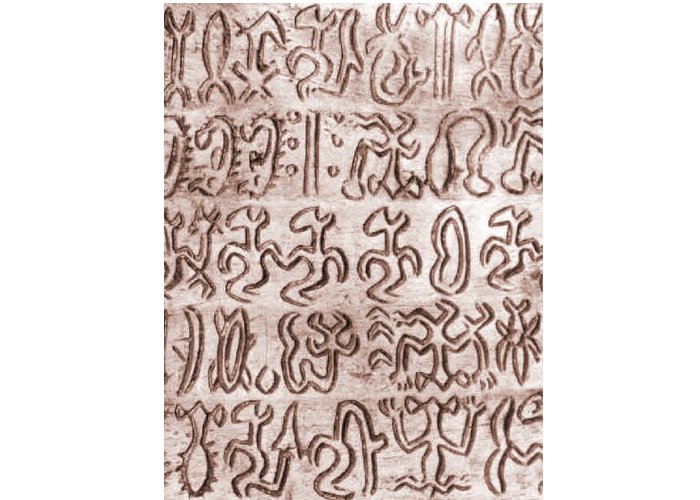 All of them constitute a mysterious combination of many very complex signs. It is estimated there are between 1500 and 2000 of these signs. Some of the symbols represent whole words; others even represent sounds and abstract concepts. Every second line of Rongorongo script is engraved upside down. All rows of writing are 1 centimeter high. The still existing texts only contain 14,000 characters and there are approximately 600 different symbols that can be reduced to 120 basic components.

Some of their symbols are even identical with those found on Rongorongo tablets of Easter Island. Also Quechua and Aymara people in the region of the Lake Titicaca used the same sequence of the writing namely boustrophedon. In the meantime other researchers who studied mysterious Rongorongo believe in their origin in the Indus Valley.

It has also been suggested that Rongorongo is not a writing system but a mnemonic device - a process or learning technique of improving or developing the memory.

However, apart from a portion of one tablet which has been shown to be a lunar calendar, none of the texts are deciphered.

Rosetta Stone – Artifact That Solves The Riddle Of Egyptian Hieroglyphics

Until today we are not closer to decipher the mysterious information once written on Easter Island Rongorongo boards.
It's worth mentioning that there are very few surviving tablets - only 24 examples of this unique form of writing exist in the whole world. Unless, of course, more are still hidden in secrets caves of Easter Island.

Will it be possible someday to solve the enigma of Rongorongo?

Or perhaps a prophetic warning says a truth and then all efforts and studies of these mysterioys tablets are in vain.