A. Sutherland - AncientPages.com - This underground tunnel is an excellent example of the remarkable ingenuity of ancient Roman engineers.

It is the world's longest underground tunnel that is more than 100 kilometers. It is made of stone and was built to connect water to cities in the ancient province of Syria. The monumental effort took more than a century, says the German researcher who discovered it. 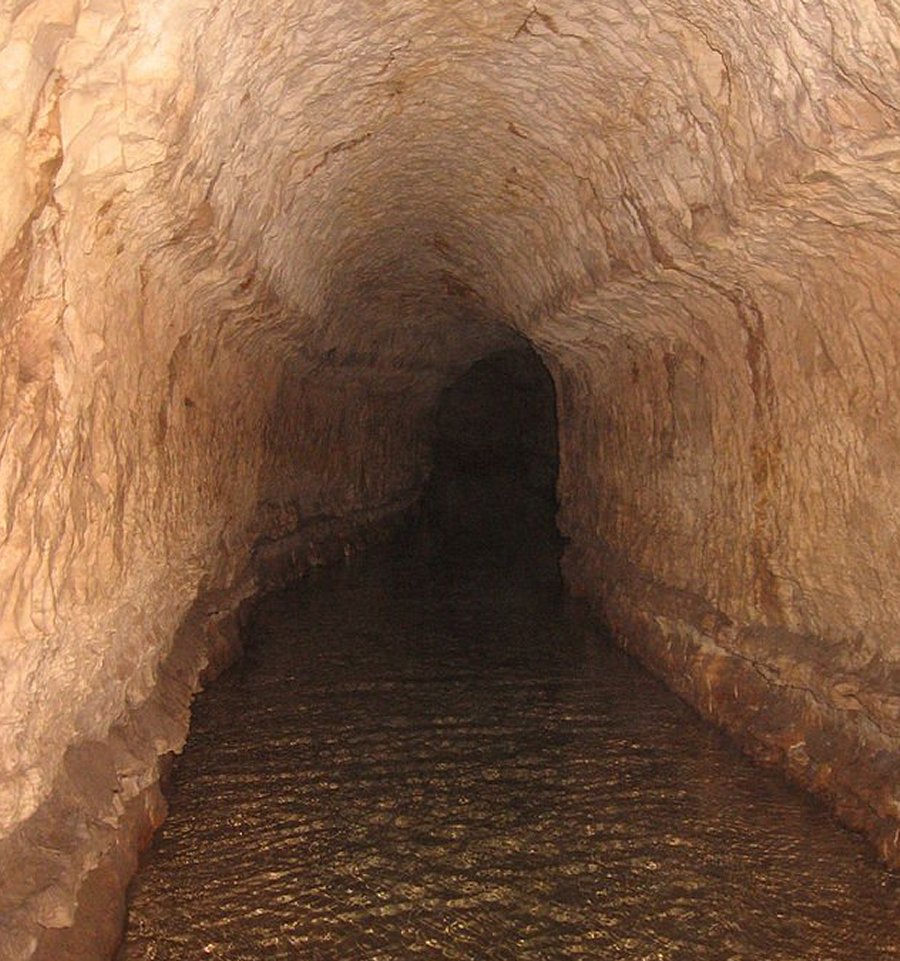 The Romans loved to waste massive quantities of water, which gurgled and bubbled throughout their cities. The engineers of the empire invented standardized lead pipes, aqueducts as high as fortresses, and water mains with 15 bars (217 pounds per square inch) of pressure.

In the capital alone there were thousands of fountains, drinking troughs, and thermal baths.

Rich senators refreshed themselves in private pools and decorated their gardens with cooling grottos.

The result was a record daily consumption of over 500 liters of water per capita (Germans today use around 125 liters).

However, when the Roman legions marched into the barren region of Palestine, shortly before the birth of Christ, they had to forgo the usual splashing about, at least temporarily. It was simply too dry. 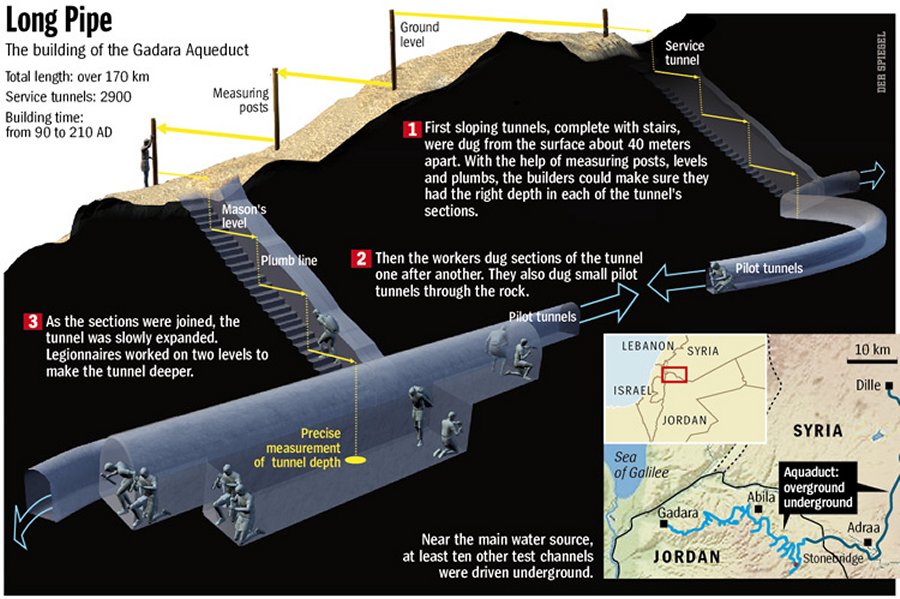 But that didn't stop the empire's clever engineers. They soon figured out a way to put things right. In the former Roman province of Syria (located in modern day Jordan), researchers are currently studying a sensational canal system. It extends mostly underground over a distance of 106 kilometers (66 miles).

The tunnel was discovered by Mathias Döring, a hydromechanics professor in Darmstadt, Germany. Treading on moss-covered steps, he squeezes his way into dark caverns plastered with waterproof mortar. Greek letters are emblazoned on the walls, and bats dart through the air. "Sometimes we have to stop working -- there isn't enough oxygen," says the project director.

Qanat Firaun, "Canal of the Pharaohs," is what the locals call the weathered old pipeline. There are even rumors that gold is hidden in the underground passageways that run up to 80 meters (262 feet) below the surface.

Döring has found a better explanation. It turns out the aqueduct is of Roman origin. It begins in an ancient swamp in Syria, which has long since dried out, and extends for 64 kilometers on the surface before it disappears into three tunnels, with lengths of 1, 11 and 94 kilometers. The longest previously known underground water channel of the antique world -- in Bologna -- is only 19 kilometers long.

"Amazing" is the word that the researcher uses to describe the achievement of the construction crews, who were most likely legionnaires. The soldiers chiseled over 600,000 cubic meters of stone from the ground -- or the equivalent of one-quarter of the Great Pyramid of Cheops.

This colossal waterworks project supplied the great cities of the "Decapolis" -- a league originally consisting of 10 ancient communities -- with spring water. The aqueduct ended in Gadara, a city with a population of approximately 50,000.

According to the Bible, this is where Jesus exorcised demons and chased them into a herd of pigs.

Currently, scientists are looking for new entrances that lead to the hidden labyrinth.