Jan Bartek - AncientPages.com - Scientists have discovered an ancient giant skeleton and huge snake bones. It’s an extraordinary discovery, and if it’s genuine it offers evidence giants roamed the Earth in the past and. It also confirms the ancient legend of the Nagas. 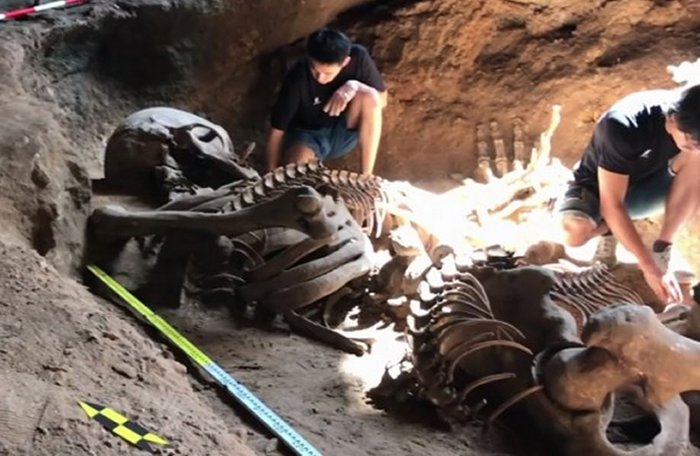 While excavating in the Khao Khanap Nam Cave in Thailand, an archaeological team unearthed a skeleton of a being who was most likely a male and measured 5 or possibly 6 meters (16 -19 ft). Next to the skeletons were the remains of a giant serpent.

KBTV reports, “The leader of the excavations team when interviewed said: Krabi is the first province within Thai boundaries to have discovered traces of humanity. The Krabi province once discovered the world’s first primate fossil. The Simaopithecus eocaeunus 35 million years ago.  Although the Simaopithecus eocaeunus is not considered to be the ancestor of humans, this discovery proves that the Krabi province and the areas around it have had the sightings of the homosapiens in the Paleozoic Era.” 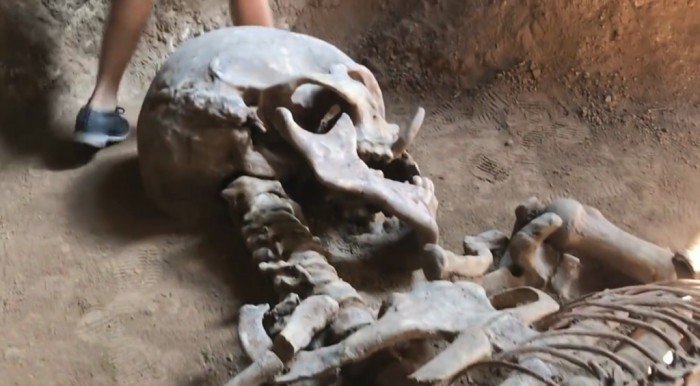 KBTV interviewed assistant Professor Niwat Wattanayaporn from the Kasetsart University Faculty Of Liberal Arts and Science who explained the significance of the history of Krabi province and this curious discovery. 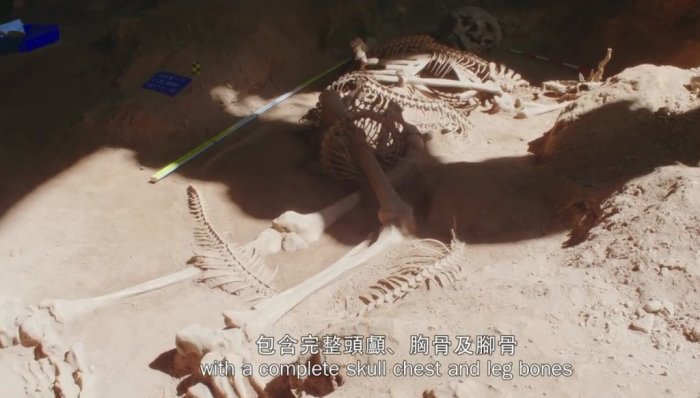 “Recently we have good news from Khao Khanab Nam Cave at Krabi province. An archaeological team has discovered traces of a giant human and traces of giant animals in the Khao Kham cave. There were traces of battle corresponding with the legend of Krabi. 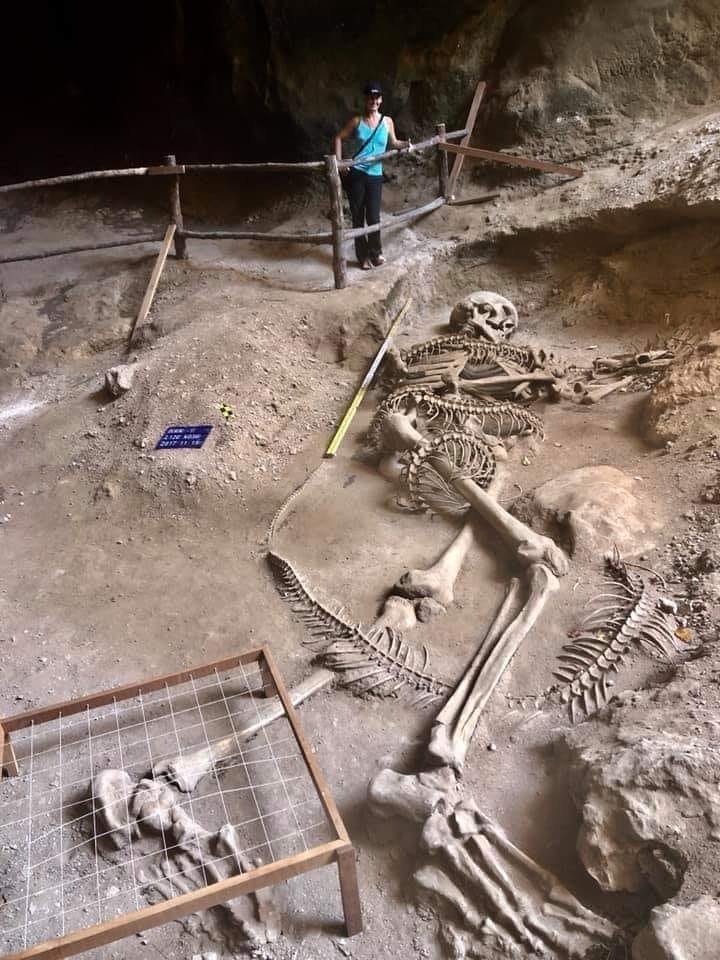 It is said there was a giant who transformed into a human and another human who was transformed by the Naga. They had both fallen in love with a princess living in this place and they fought with each other till death. The giant and Naga turned into mountains flanking the Krabi River.

This is the legend that corresponded with the discovery, an amazing discovery to visit and see, this great discovery of the province of Krabi,” Professor Niwat Wattanayaporn said.

Known as the Serpent People, the Nagas are mentioned in Hindu mythology. These mysterious creatures are said to live in two magnificent underground cities known as Patala and Bhogavati (literally "peopled by snakes" or "delightful").

According to KBTV, “these remains are near complete, with a complete skull, chest and leg bones. The area of the sighting had been cordoned by the police and verified by the archaeological team. If it is identified as genuine, this would be the first sighting of a complete giant remain since the 2004 tsunami. The government has pledged to give full assistance to the archaeological works.“

There are those who say ancient giants are fiction but don't forget the giant of Illinois, Robert Pershing Wadlow who was the world’s tallest man.

While digging deeper into this story, we found, together with our readers evidence that suggests this discovery was an art installation, according to an article published by Taiwan Today.

Though no one questions the existence of giants in the past, this skeleton looks a bit too new to be genuine. But why couldn't Professor Niwat Wattanayaporn see this was a work of art?