A. Sutherland - AncientPages.com - Known in ancient Egypt as Sekhmet, she was frequently portrayed with a lion head surmounted by a uraeus and a solar disk.

Like many other Egyptian goddesses, Sekhmet had two contradictory aspects to her complex personality. 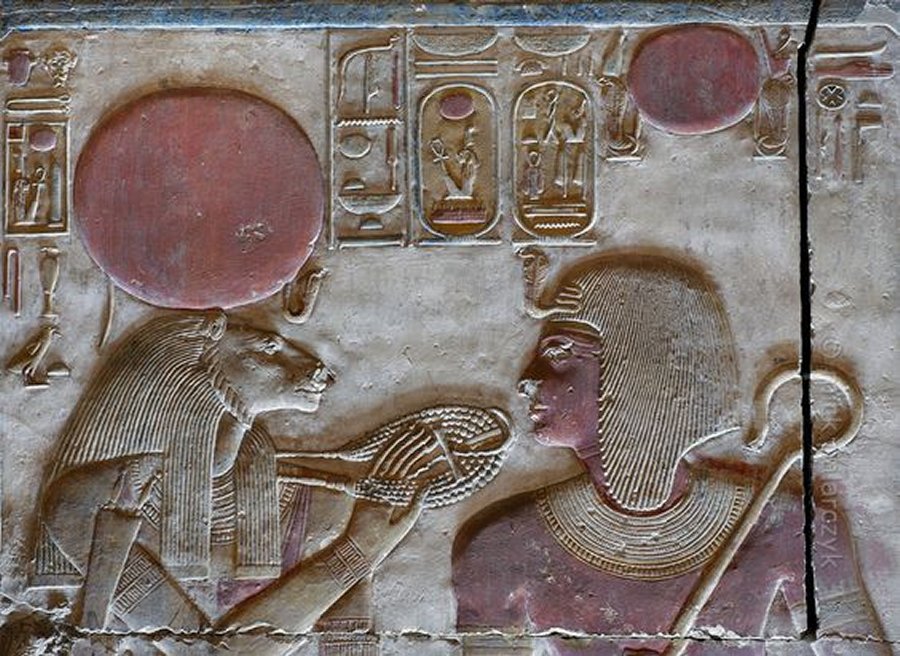 ’Seti and Sekhmet at Abydos.’ Relief depicts Sekhmet holding the “ankh” sign before the mouth of pharaoh Seti I. The sign is entwined in her “menat” necklace. Period of the 19th Dynasty.

As the lion-headed goddess, the fearsome Sekhmet was destructive and dangerous in nature, which perfectly conforms to her name, which means “powerful” or “the female powerful one”.

But this remarkable deity was also known to have healing and protective role.

Sekhmet - the sister of Ptah, to whom she eventually got married, was believed to be the daughter of the sun god Re, and one of the most important manifestations of the “Eye” of Ra. 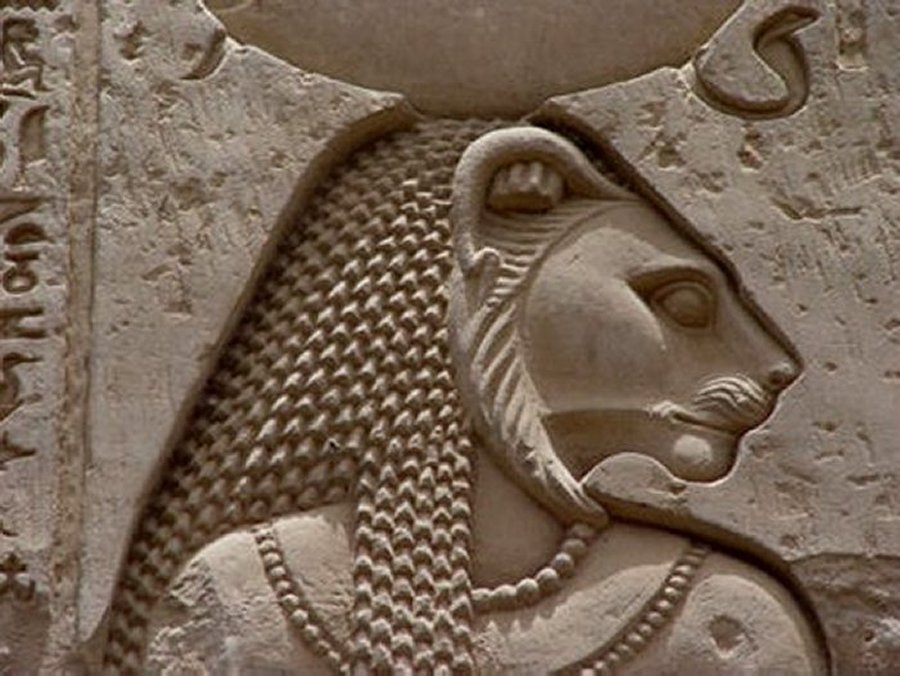 Her power and strength were needed everywhere. Sekhmet was “The Incomparable One”.

According to a myth, when Re became old he learned that humans began to plot against him so he decided to send the fearsome Sekhmet to punish them by breathing fire. 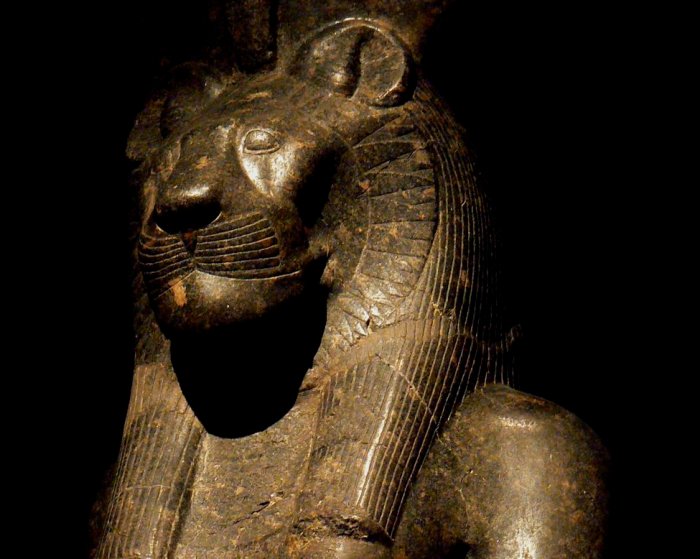 Sekhmet was a weapon of vengeance, created from the fire in Re’s eye and purpose of this creation was only one: the destruction of those who disobeyed Re.

As the goddess of healing, Sekhmet had the power to ward off diseases; she was even called “Sekhmet, mistress of life”.

This aspect of Sekhmet’s personality was particularly popular among many Egyptian kings who considered her a powerful, military patroness and symbol of their own strength in battles they fought.

Sekhmet was their spirit, present with them everywhere like the hot winds from desert, which were said to be the “breath of Sekhmet”. 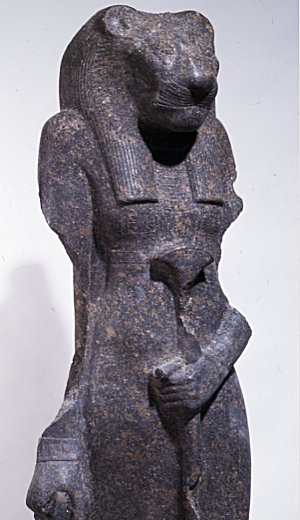 She was called by queens, priests, priestesses, and healers. Her power and strength were needed everywhere. Sekhmet was “The Incomparable One”.

Her personality - often linked with other deities - was really very complex.

Some researchers suggest that the mysterious Sphinx represents Sekhmet and many legends and myths say she was present at the time of the creation of our world.

Sekhmet was often closely related to Hathor, a woman with a bovine head, the goddess of love and also the deity of dance, music, and happiness, but also linked with Mut, the great mother, and queen of the gods and the Theban goddess.

She was known as the goddess with many names; she was for example, “The Devouring One”, “Warrior Goddess”, “Lady of Jubilation”, “The Beautiful Light” and “Protectress of the Divine Order”, "The Beloved of Ptah", just to name a few.

Her main cult center was at Memphis but she also had many temples in other locations across Egypt.

“It is believed that Amenhotep III (1390-1352) had 730 statues of Sekhmet erected in his mortuary temple in Western Thebes.,” write Candace C. Kant and Anne Key in "Heart of the Sun: An Anthology in Exaltation of Sekhmet".

“It is thought that there was one seated and one standing Sekhmet for each day of the year, possibly to soothe Her or to invoke Her protection at the most unstable times of the day, sunrise and sunset….”

These impressive statues were carved from hard, black granite (diorite) and depict the powerful Sekhmet either standing with a papyrus scepter or seated.

The rite of “appeasing Sekhmet” was performed by her priests to battle diseases and epidemics. At the same time, she was feared that she might harm; especially “the seven arrows of Sekhmet” were believed to bring troubles and bad fortune.

Many spells and small amulets were used for protection against her wrath.